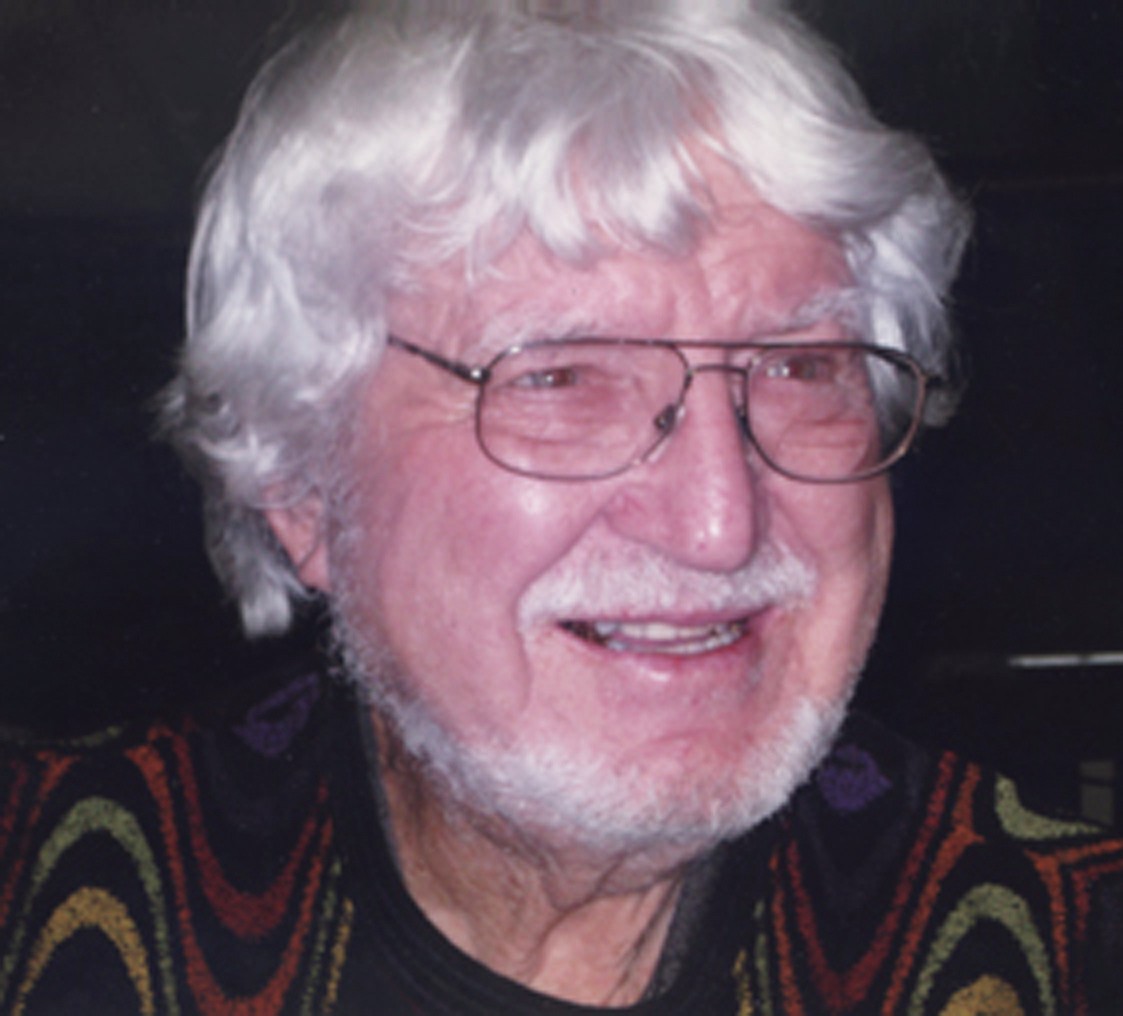 The news of Pleasanton Express Co-publisher William B. “Bill” Wilkerson’s death last Thursday, April 30, has left many people in shock.

He had recently turned 86 on April 12 and had been hospitalized briefly.

Bill and his wife Judy moved to Pleasanton in 1974, taking over the Express in 1975. They purchased the paper from Ruth Daetwyler, widow of the Wilkerson’s newspaper friend Wally, who had passed away from cancer.

The Wilkersons quickly became involved in the community by not only covering the news but also by volunteering and attending fundraisers, community theatre (they were avid supporters of Atascosa County Troupe Theater) as well as supporting the youth of Atascosa County.

Though they retired to Austin in 1989, Bill remained on top of the happenings at the paper until his death.

He has always been well respected by not only his family, friends and employees but his newspaper peers across Texas.

The outpouring of condolences received so far has been a true testament on Bill’s caliber of character .

His family and friends helped to gather information for his obituary. Of course more could be written, more stories could be shared and each person that knew Bill, has their own unique memory.

William B. “Bill” Wilkerson, known to most as “Wild Bill” and “Super”, lived out these nicknames with a wild and supersized life. He lived every day with generosity and gusto. His reply to “How are you?” was always “simply fantastic.” He greeted almost every woman with “Good God, you’re gorgeous!” and men with “Hello, my friend!”

Bill left this world a better place on April 30, 2015 because of his great love of people and life. But, it was his 64-year love story with his wife Judy and their generosity to all they knew that made him legendary. If Bill’s blood was not burnt orange from his lifetime devotion to the University of Texas at Austin, then it was surely the color of printer’s ink. Born April 12, 1929 to James Claude Wilkerson (UT graduate, 1912) and Alma May Brightman Wilkerson, Bill became a second generation newspaper man at the early age of eight as a printer’s devil at the Comanche Chief where his father was the publisher and owner.

Bill graduated from the University of Texas in 1951 and married his college sweetheart Judith Blanton Wilkerson in 1950. They met in the UT Tower where they still held classes and WWII vets were coming to UT in droves. Bill and Judy had a date every single day until they were married. Bill wrote Judy a love note every birthday and anniversary signing off with lines like, “I loved you dearly in 1949 but love you even more today. Here’s to life and enjoyment for us for over six decades. Let’s have fun together for many more years. All my love, Bill.” In 1951, Bill joined the U.S. Air Force at Floyd Bennett Field in Brooklyn, New York during the Korean Conflict. He also attended night school to learn the ins and outs of a machine he grew to hate – the newspaper linotype. However, he and Judy grew to love the cultural jewels of New York City. In their tour as “Damn Yankees,” they would attend Broadway plays for $1.70, go to New York Giants and Brooklyn Dodgers games, museums, and picnics in Central Park.

In 1956, he returned to Comanche to serve as Editor of the Comanche Chief. Three children were born and raised in this newspaper family – David, Katie and Noel. The Wilkersons also bought the De Leon Free Press, which they owned and served as Publishers until 1998. In 1974, he and Judy sold their interest in the Chief and purchased the Pleasanton Express newspaper. Under his watchful eye, the Pleasanton Express has continued to prosper, grow and become a respected Texas publication among its peers.

He and Judy were also honored as Couple of the Year in 1985 by the Pleasanton Chamber of Commerce.

Bill has maintained a close affiliation with the STPA family where he served as President from 1968-69, and secretary/ treasurer from 1985-2004.

He was unanimously voted Permanent Assistant Treasurer of STPA in 2004. Bill, who never met a party he didn’t like, attended all STPA conventions since 1956 unless he was flat on his back in the hospital. Bill and Judy Wilkerson were the youngest couple when they joined STPA eventually becoming the oldest couple in attendance. He has also served as a board member and member of the TPA for many years. In the 80s, Bill and Judy joined Bill Berger of the Hondo Anvil Herald in establishing the South Texas Press that currently prints newspapers, inserts and collateral material. Bill was inducted into TPA’s prestigious “Golden 50 Year Award in Recognition of 50 Years Service to Journalism” in 2004. Marc Robertson, Newspaper Editor, Frio- Nueces Current, wrote, “The world of journalism lost an extraordinary man today. He was a man that taught all alike that no matter who you may think you are, you do not need to be perfect or brilliant, rich or privileged; you just need to love what you do and share it. And share it he did. We are all so wiser and kinder, generous and open-hearted because of what we learned from Bill and from the example he set. May we all remember him in our own curious way with a smile and a laugh, and may we long take to heart that quiet confidence he brought out in us. Goodbye, old friend. We’ll keep the ink bright and the words sharp.”

While remaining publishers and owners of the Pleasanton Express, Bill and Judy retired from the everyday newspaper grind in 1989 and moved to their beloved Austin, Texas where they lived retirement to the fullest – feeding the homeless under the bridges, tending a community garden at Town Lake and holding season tickets to UT Football, Men’s Basketball and Baseball, and Women’s Basketball and Volleyball. They took Austin’s slogan “Keep Austin Weird” to heart by fully emerging themselves in the local culture.

A few of Bill’s passions and adventures in life include 20 years of European trips with Judy, friends and family, Judy’s many cooking classes in Italy, Christmas and New Year in London and Snow’s Hill in England with his family, five week France adventure he planned for Judy for their 45th wedding anniversary (he was a master European travel planner), 50th wedding anniversary in Barcelona, Spain with his family, March Madness in Las Vegas with his friends (Vegas crap tables for his friends will never be the same without Wild Bill), his Pleasanton domino games with his dear friend past Sports Editor Maggie Rodriguez, over 20 years of Port Aransas vacation parties with his “Beach Family,” being the oldest regular volunteer at the annual April Eeyore’s Birthday Party selling face-painting tickets and enjoying the fantastic, interesting crowds, his beloved Spurs, his longsuffering love of the Cowboys, his everlasting, complete and total dedication to the Astros, theater, Broadway music, his eternal green-thumb for growing gorgeous flowers and creating fabulous gardens, his daily morning telephone calls to his older sister Alma Jean, great believer in the power of prayer and deep love of the Episcopal church, his pride in his adored grandchildren, his latest addition of adoration of his great granddaughter Aaliyah and, of course, his precious dog Opie.

In lieu of flowers, please send donations in memory of William B. Wilkerson to Austin Children’s Services at 4800 Manor Road, Austin, TX, 78723 www.austinchildrenshelter.org. A “Super Celebration” will be held in Driftwood, May 9 at 2 p.m. Please contact family for details.