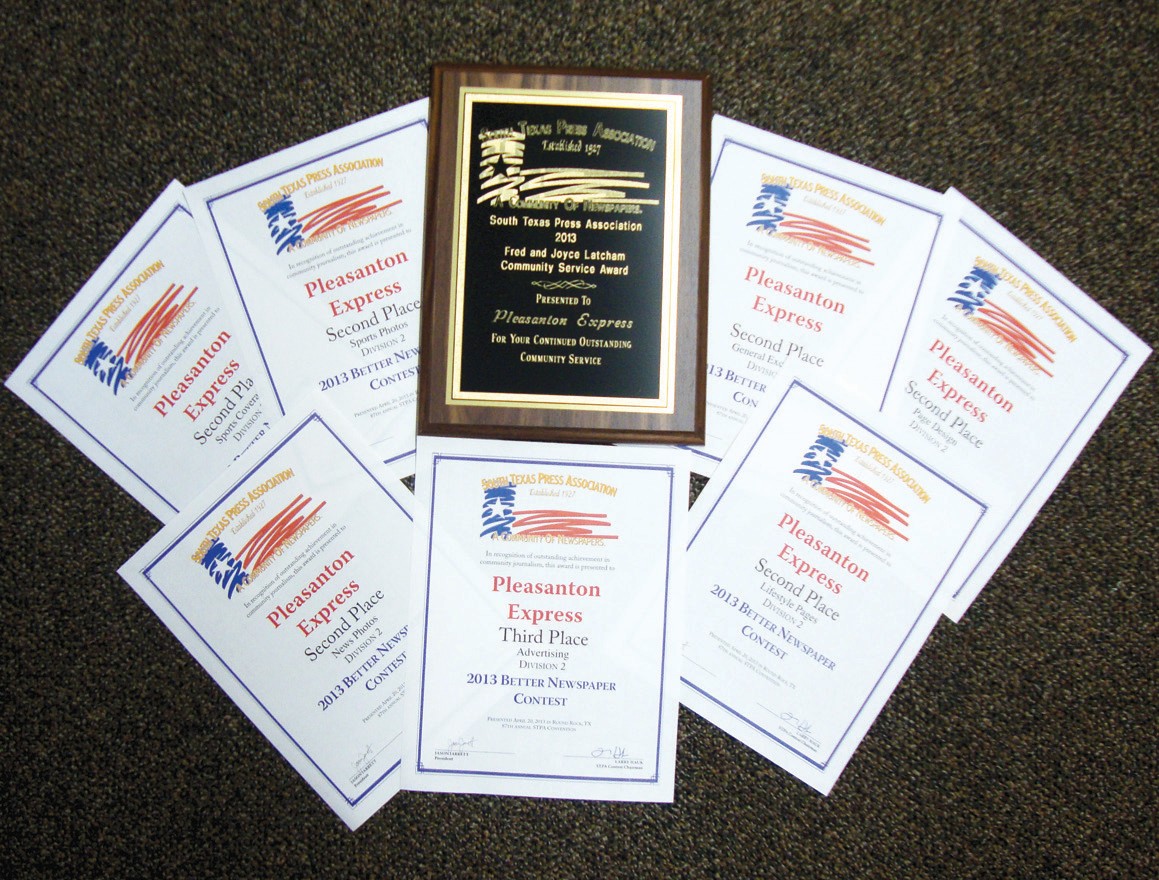 The staff of the Pleasanton Express came back from the 86th South Texas Press Association convention with eight awards. One third place, six second place certificates and a first place plaque were awarded.

First place was given in the Community Service Division chronicling the passage of two initiatives to move forward with plans for a community center/library. The judge commented on the scrapbooked entry – “Well presented and a real service to the community.” All divisions competed in this category.

In Division 2, Large Weeklies, second place was given to the Lifestyle section with this comment from the judge, “Good design, good variety.” Sports Coverage and Sports Photos also received second place with the judge offering these comments “Girls softball, good photo shows great action. Football, good action in photo – could have been cropped tighter to the runner and the action taking place behind him.” In the coverage category the judge said “Could have easily been the winner. Every sport included with great photos to complement the writing.”

Page Design also received a second place award. The judge commented “Good page 1. Opinion is interesting. Not sure about ragged right text for everything but overall a good design. Are you using an up style for headlines/ Don’t mix….some heads are too, too short. Cowboy Homecoming section reflect community commitment.”

In the General Excellence division, second place and these commented were given, “All the entries in this division submitted editions full of good news coverage, community and school news; the subtle differences between the entries made for tough decisions for winners in this group! Good uses of feature photos, interesting timeline of breaking news items related to murder investigation; like the use of color throughout and consistent use of style.”