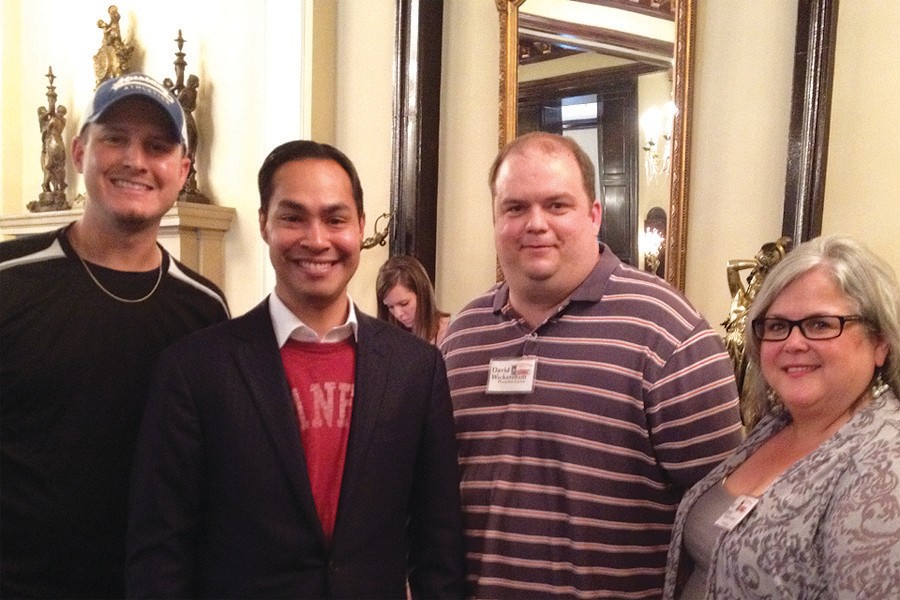 Cyndy Slovak-Barton, STPA Contest Chair, said that the association saw a 16% increase in the number of newspapers entering the 2012 Better Newspaper Contest. There were 42 newspaper entries this year as compared to 36 last year. The number of entries were also up with 512 this year from 470 last year.

Over the past 30 years, the Pleasanton Express has won more than 120 awards in the Better Newspaper Contest Award. Bill Wilkerson, Judy Wilkerson, David Wilkerson and Sue Brown have all served as President of STPA and served in numerous capacities as officers and directors. Bill Wilkerson, Co-Publisher of the Express, seved as STPA Secretary/ Treasurer from 1985 until 2004. Having held the longest officer role in STPA history, Wilkerson tried to retire from the position but was told “no” by the board. He finally “was allowed” to retire from that position with the caveat that he serve as permanent financial assistant to the STPA president which he has done since 2004.

The Express staff have benefited greatly from top-notch workshops lead by media industry experts. The training sessions provide strategies, tips and tools that equip staff to make their weekly newspaper the best it can be. This year’s STPA speaker was Andrew Chavez, Texas Center of Community Journalism, who gave two presentations on “Writing effective news stories” and “Web tools that help journalists cover stories more effectively.”