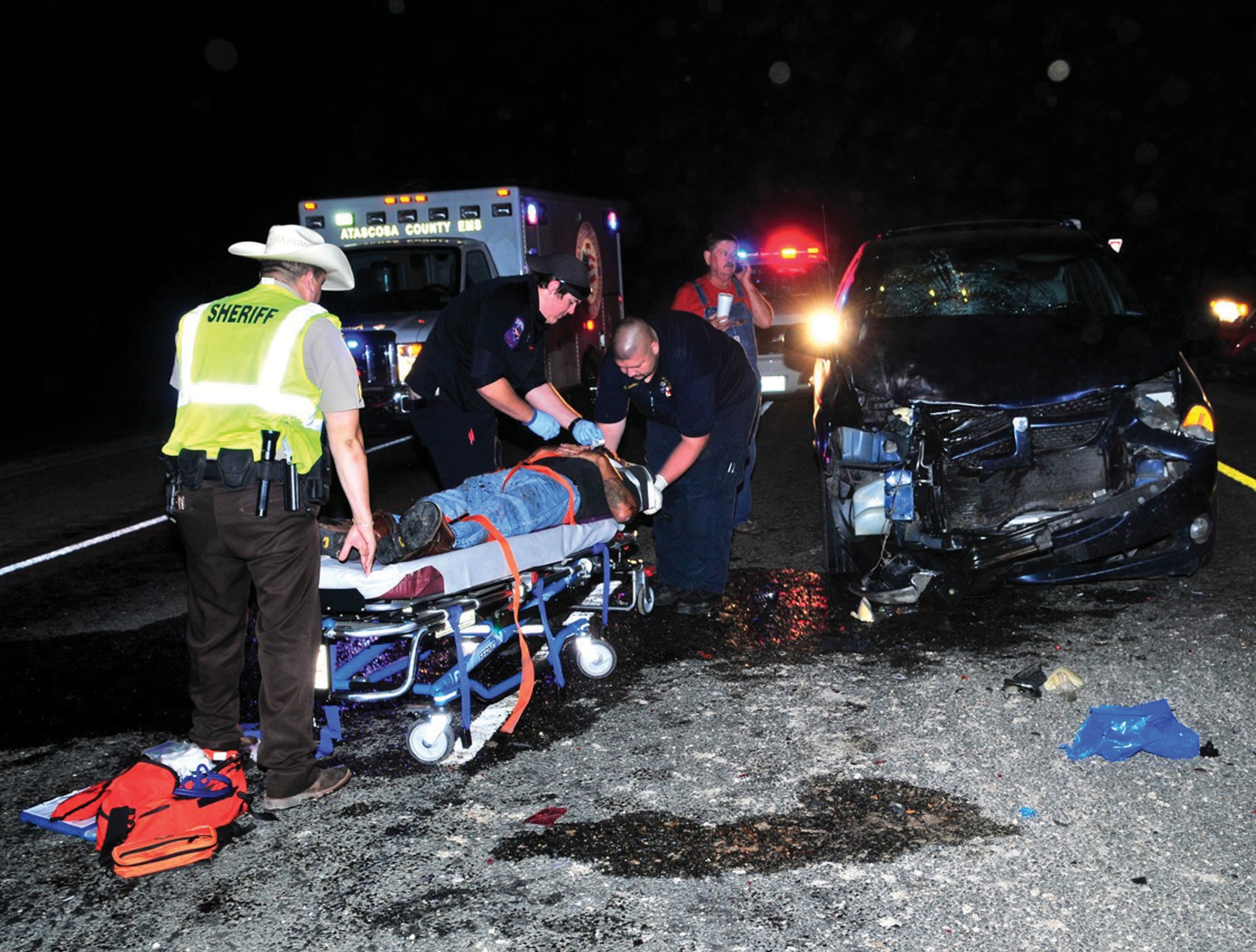 A crash occurred on Friday morning, October 12 when a 2004 Dodge Caravan, driven by Bobby Denson, was traveling southbound on Texas Highway 16 (near Meadows, north of Poteet) in the left lane of traffic. A 2000 Harley Davidson Sportster MC, driven by James Goselin and a 2011 Chevrolet truck, with Taylor Lawrence behind the wheel were stopped in the left lane of traffic waiting for a school bus to pick up children. The bus was in the right lane of traffic with all required elements displayed. The Caravan failed to control speed and struck the motorcycle which caused the Harley to hit the truck. Goselin was transported to South Texas Regional Medical Center. The accident was investigated by Trooper Trent Greebon.