Dumping will not be tolerated warns Sheriff Soward 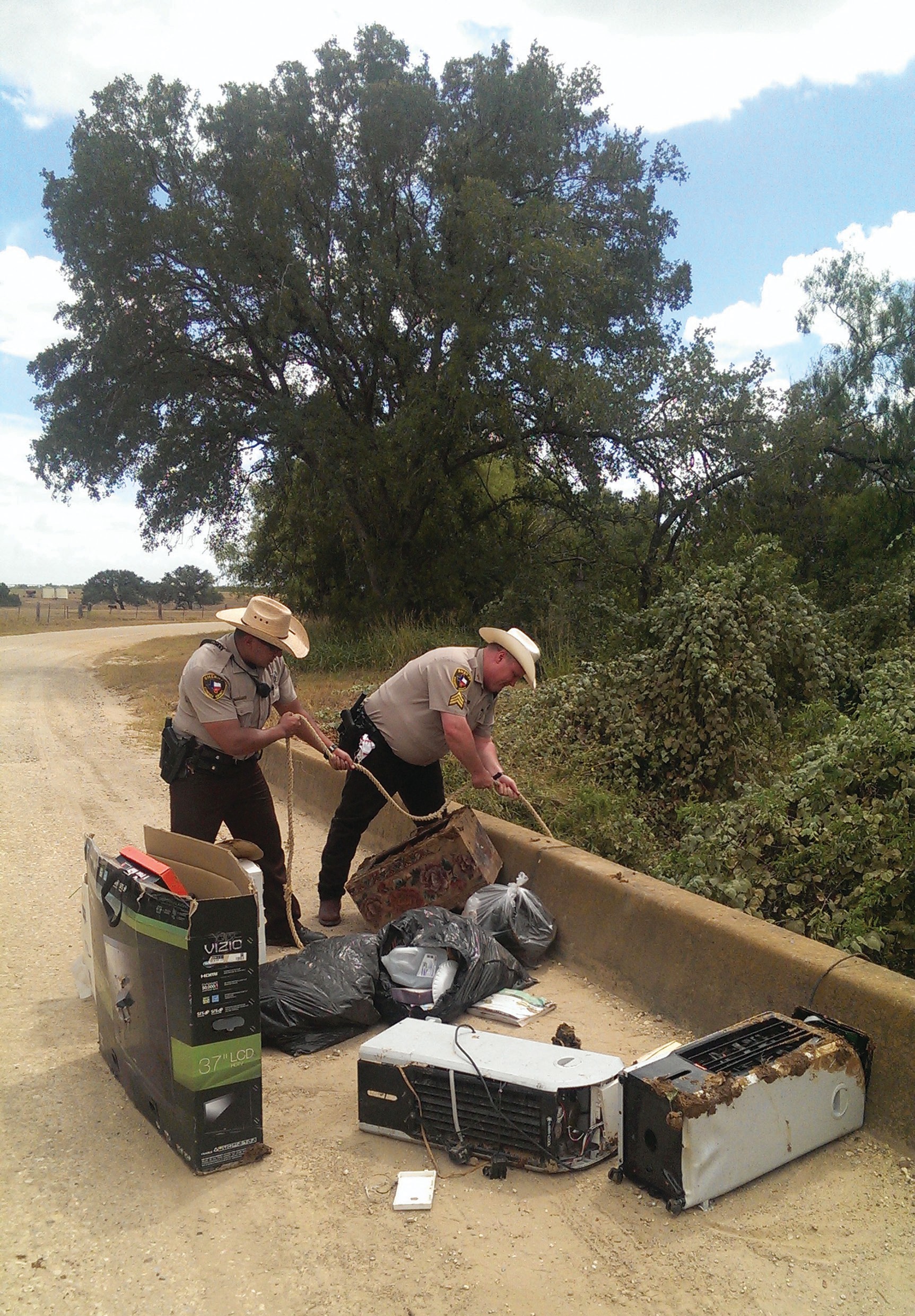 Sergeant Deputy Kevin Draughn and Deputy Michael Castaneda are seen here hoisting up items dumped off of a bridge near Jourdanton recently. The person responsible for this dumping has been identified.

Atascosa County Sheriff David Soward is issuing a stern warning to all those that believe it’s acceptable to dump their trash and unwanted items alongside county roads and in rural creek bottoms. “This problem has been increasing over the past several years and our goal is to slow it down significantly.” The sheriff explained that creeks and bridges over county roads seem to be popular spots for some people to dump their trash and large items they are wanting to get rid of. In the past two years we have filed several criminal cases for Illegal Dumping and have made arrests.

Depending on the volume or the weight of the refuse, this offense can range from a Class C Misdemeanor with a $1,000 fine up to a Class A Misdemeanor in County Court punishable by up to one year in jail and a $4,000 fine. The sheriff went onto explain that even larger amounts of illegal dumping can turn into a felony.

Currently, sheriff’s deputies routinely track down illegal dumpers after investigating the dumping site and gathering all types of evidence. “If we make a case against you, you’re going to be arrested, there’s no way around it”, Sheriff Soward explaine.” “We also have several cameras that can be set up inconspicuously at popular dumping sites to assist us in catching these violators.”

The sheriff is asking that all folks take a little pride in their community and not dump trash alongside county and state roadways and creeks. If not, the consequences may be very embarrassing for you.