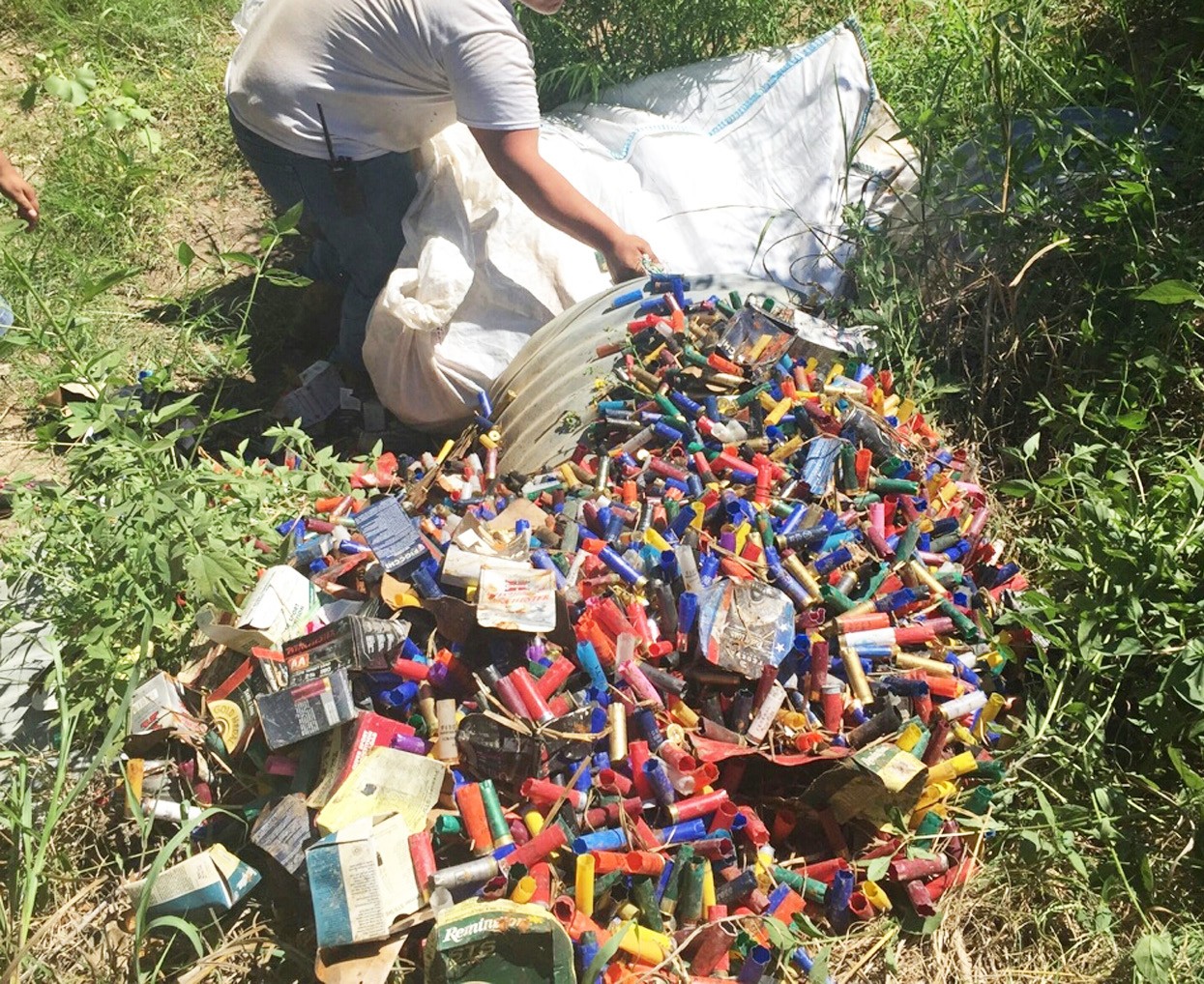 Over 500 pounds of shot gun shell hulls were dumped near Leming on a country road. Two men were arrested by Atascosa County Sheriff Deputies.

Atascosa County deputies arrested two men Wednesday, September 23 when deputies caught the men dumping large bags of empty shotgun shell hulls in a culvert of a waterway on Slomchinski Road west of Leming. Deputies Terry Cooper and Henry Dominguez were on specialized patrol for criminal activity when they encountered the men backed up to a dry creek bed. Deputies discovered over 500 pounds of shotgun shell hulls that had allegedly been dumped alongside the county road. The pair admitted to the officers that they were disposing of the empty hulls that they had taken from a Bexar County gun range. After the pair picked up the trash at the deputies request, they were arrested and transported to the Atascosa County Jail. Both told deputies they were members of a volunteer fire department north of Poteet when they were questioned about the firefighter gear, red lights and radios they had in their possession.

The men were charged with Illegal Dumping, a Class A Misdemeanor and their bond was set at $15,000 by Justice of the Peace Jackie Bodden. Deputy Sheriff J. D. Ruiz assisted in the investigation. On Friday, September 25 deputies were called back out to Slomchinski Road when another illegal dumping was discovered involving over 500 pounds of shotgun shells. Officers theorize that this load had been dumped prior to the deputies observing the suspects dumping the other load of shells on Wednesday. Chief Deputy Sheriff Cregg Thompson stated that deputies are continuing their investigation into linking the suspects to the second load of shotgun shells. Additional charges are expected to be filed according to Chief Thompson. Flynn has been released from jail on bond and Pena remains in the Atascosa County Jail in lieu of bail.