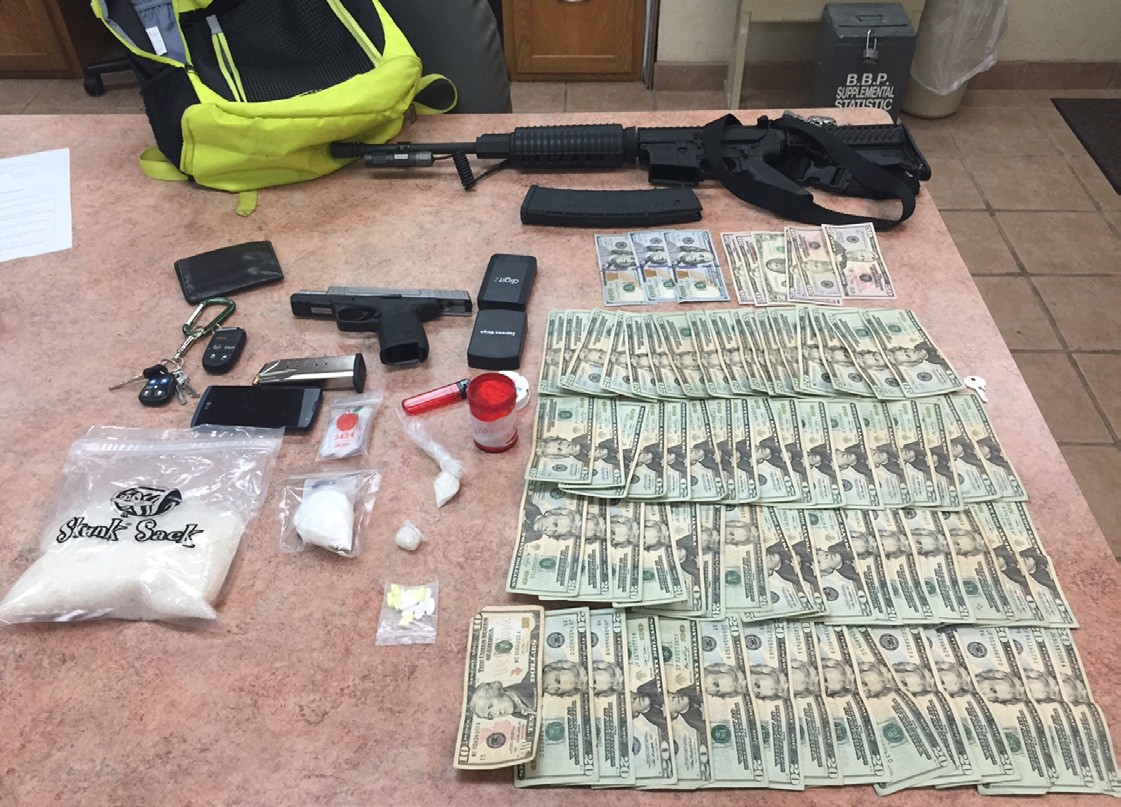 Over $49,000 worth of drugs and $1,900 in cash were seized during a high speed chase by the Atascosa County Sheriff’s Office.

The Atascosa County Sheriff’s Office made a significant seizure of drugs, cash and money last week following a short highspeed pursuit in Poteet. Dispatchers received a call of a reckless driver around 1:25 a.m. near Poteet. A deputy on routine patrol nearby spotted the vehicle and when he attempted to stop it, the driver fled west on School Drive at a high rate of speed refusing to stop. At the intersection of Texas Highway 16 the driver lost control of the Dodge Charger after jumping the curb and hitting a cement telephone line structure causing the Charger to flip. The deputy along with Poteet Police removed the two occupants from the vehicle and detained them. EMS was called to treat the occupants at the scene.

A search of the vehicle by sheriff’s deputies uncovered approximately one pound of high grade Methamphetamine, 60 grams of Cocaine and two firearms. Deputies also seized $1,900 in cash that is believed to have been derived from the illegal sale of the narcotics. The drugs have a street value of $49,000 according to the sheriff.

Sheriff David Soward said the cash was seized pursuant to Chapter 59 of the Texas Code of Criminal Procedure and forfeiture proceedings will be initiated in district court by District Attorney Rene Pena’s office.

Sheriff Soward stated the arrest and seizure of the drugs was a huge bust for the sheriff’s office as sheriff’s investigators have identified the suspect as a “major narcotics supplier” for this area.

Both suspects remain in the Atascosa County Jail in lieu of bond, Soward said.