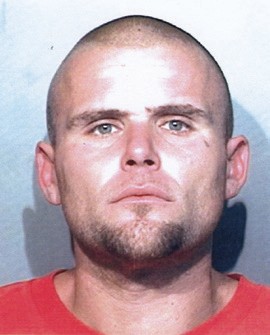 Pleasanton Police arrested Christopher Talley, an alleged drug dealer, on Friday. His bail was set at $88,000.

Police say they allegedly found Talley in possession of cocaine, methamphetamine (ice), and heroin and booked Talley into the Atascosa County Jail. He is charged with two counts of Manufacture and Delivery of a Controlled Substance Penalty Group 1: more than or equal to 1 gram and less than 4 grams, one charge of Possession of a Controlled Substance Penalty Group 1: less than 1 gram and Theft of Property $50-$500 Against an Elderly Individual, according to Atascosa County Jail Records. Sanchez said that Pleasanton Municipal Judge Elsie Guerra set bail at $88,000.

Chief Sanchez says that drugs like these don’t belong in Pleasanton, “We will not tolerate this type of activity in our community. Drug dealers are a threat to the safety and well-being of the entire community. Our officers will actively follow up and pursue all reports of criminal activity. ”

Chief Sanchez sends this ultimatum to other local drug dealers: “If you deal drugs in Pleasanton, you will get arrested.”