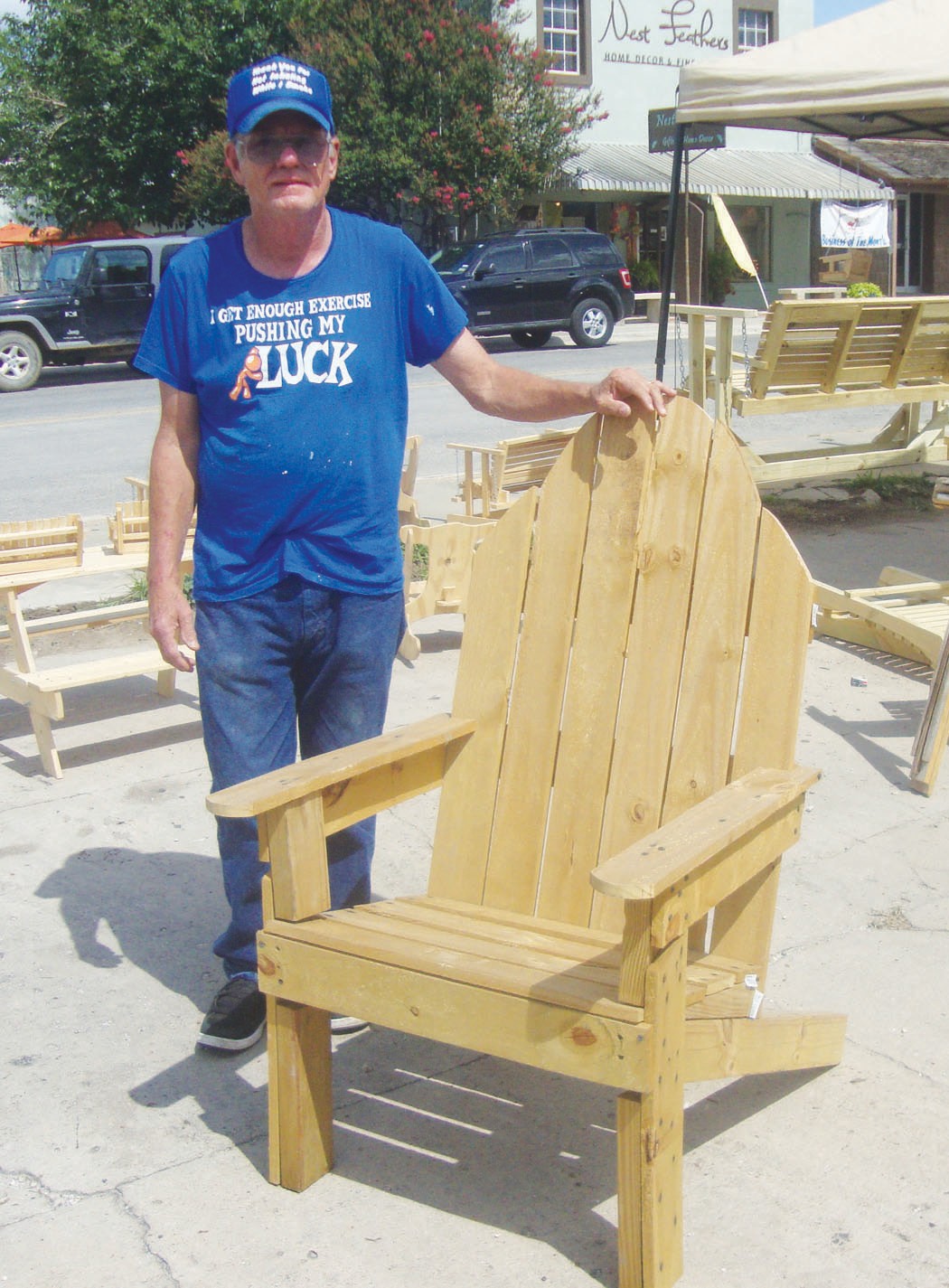 Chris Comeaux is pictured with one of his Adoirondack chairs. He is the featured artisan at this month’s Art Walk this Saturday in downtown Pleasanton.

Ready for a really cool time? There literally will be lots of ice shavings traveling through the air during the second annual Ice Fights at the Downtown Pleasanton Merchants Association Second Saturday Art Walk on December 13.

Two artists will battle it out to see who will reign supreme. Last year’s winner, Burr the Viking Rasmussen will be challenged by Andrew The Giant Thistlewaite.

Both men will take their chain saws and carve huge blocks of ice into beautiful forms in a timed contest. The audience helps to decide the winner after the sculptors finish.

The competition is just one facet of the popular event. This year’s featured artisan is Chris Comeaux. His woodworking creations are popular items at the Art Walks. Comeaux began his wood- working out of necessity. His wife of 44 years, Connie, saw a potato bin when they were first married. He told her that he could make one better and less expensive. The one she saw had a $35 price tag and was made out of particle board. He built that piece -which she still has – and lots more.

His rocking horses are sturdy and Comeaux said a couple bought one and shipped it all the way to Ireland.

He specializes in all things made from wood – new wood, weathered wood – it doesn’t matter.

This month he will feature glider swings, yard furniture – he has a new yard bench with a table – children’s swings, rockers, picnic tables and Nativity scenes.

There will also be a cookie contest with cash prizes for the winners. Entries need to be brought to the Hospitality tent at 3 p.m. There will be arts and crafts vendors and food booths, too.

It all begins at 3 p.m. this Saturday, December 13 on Main Street – between Hunt and Johnson Streets.

The free event will also feature DJ music by J&J Entertainment and a visit by Blue Santa. 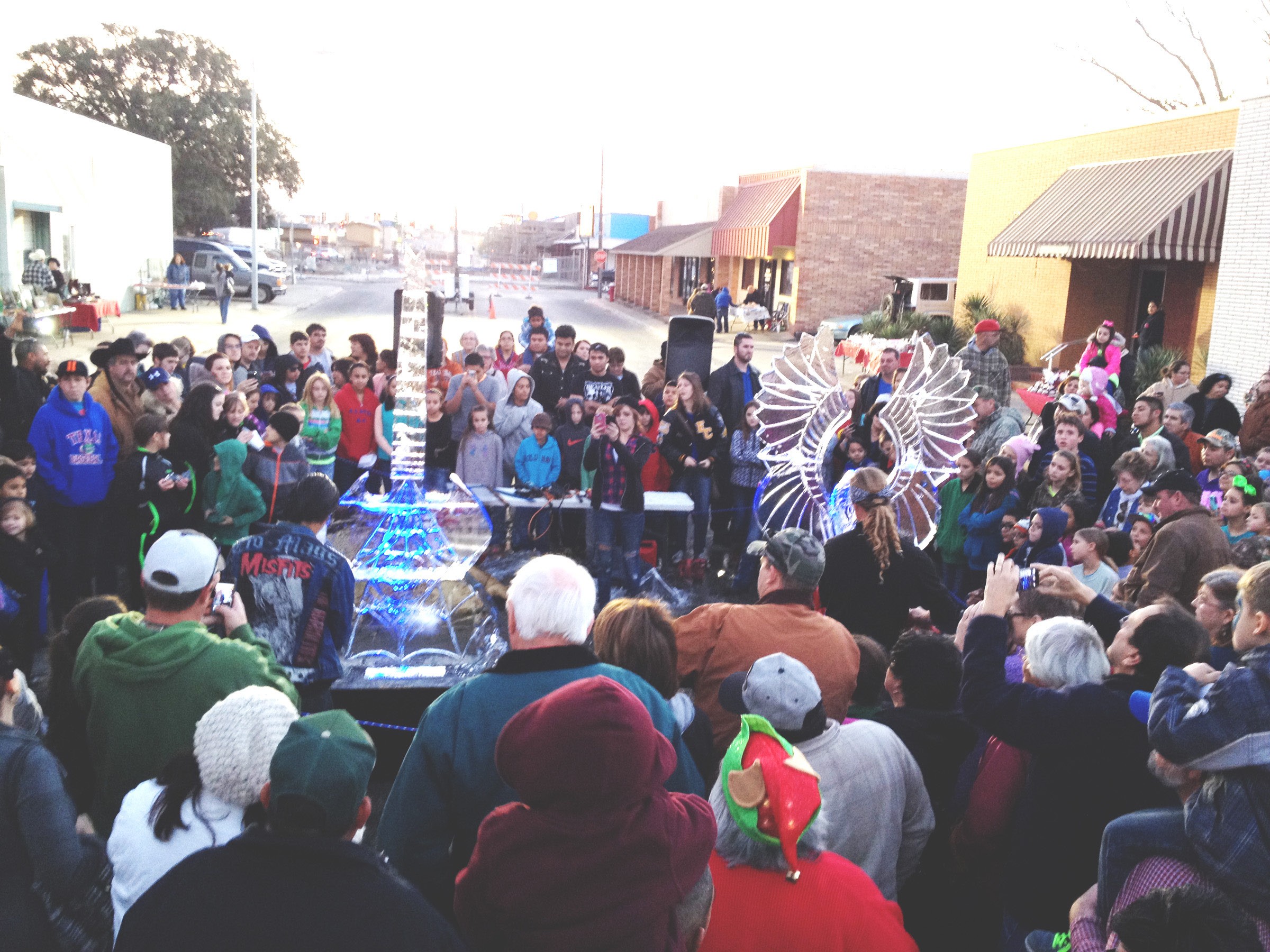 A great crowd gathered at the ice sculpting competition at last year’s Downtown Pleasanton Merchants Association Art Walk. Catch it again this Saturday on Main Street beginning at 3 p.m. The Ice Fight will begin at 5 p.m.