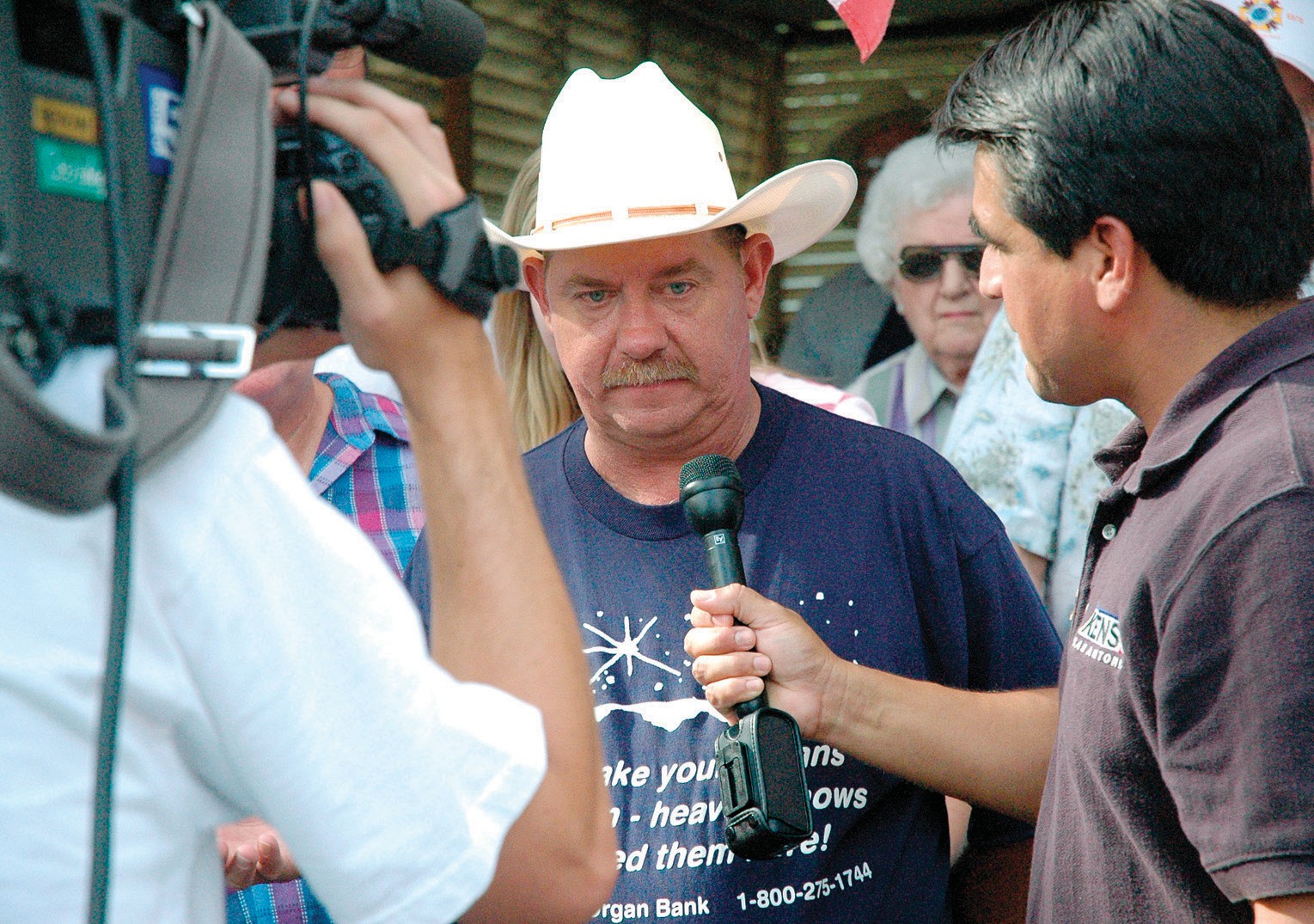 Raymond Marek was featured in KENS5 Backyard Bar-B-Q segment in 2006. Weatherman Paul Mireles interviewed the double transplant recipient among a family and friends celebration of life.

The man who had been named the “longest living single heart transplant recipient in South Texas” has died. Raymond Marek, 53, received his heart transplant in 1988 after being diagnosed with viral cardiomyopathy. Ten years ago, he also received a kidney transplant – donated by his sister Regina House.

According to another sister, Sharon LaGrange, Marek and his wife, Elaine, had completed a day of selling their wares at Trader’s Village. After supper, he told her that he was really tired and was going to bed early, around 7 p.m. His parents called to check on him a few minutes later and that is when his wife found him unresponsive. The heart that had served him so well for the past 25 years, had stopped working.

Each Labor Day weekend since his heart transplant, the Marek family would celebrate his new life hosted by his parents Johnny and Georgia Marek. Over 100 friends and family members would attend the celebration.

In 2006, Marek was featured in the KENS5 Backyard Bar-B-Q segment with weatherman Paul Mireles hosting the show and Kiolbassa Sausage donating food.

Visitation will be held on Thursday, February 27 from 2-7 p.m. with Rosary at 7 p.m. at Hurley Funeral Home chapel. Funeral Mass will be at St. Andrews Catholic Church on Friday, February 28 at 10 a.m. Please see his complete obituary on page 10C.