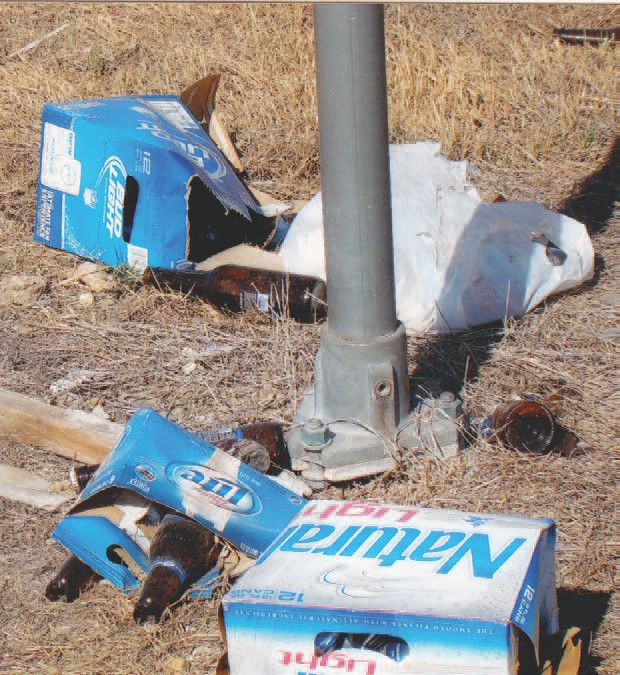 “It’s a problem” said Brenda Alvarez as she began explaining their dilemma on County Road 541, specifically the McCoy exit off of IH37.

“The littering is just awful” she continued. With the increased traffic in the area due to the oil boom, the littering is increasing as well. She and her husband, Monroe, try to keep the frontage to their property clean but it is an unending task.

The photos Alvarez provided tell the story, garbage, broken beer bottles, empty beer cases and even discarded tires are strewn over the roadside and near traffic signs.

“The oil and service companies need to realize that their employees are mostly responsible for this. Maybe they could sponsor an ‘Adopt a Highway’ and help keep the roadside clean,” Alvarez continued.

She isn’t against the companies at all. She realizes that growth is good and they depend on the oil field industry. She wishes everyone would be mindful of what they are doing. Alvarez would like for them to respect their property and keep their debris contained in their own vehicles.

McCoy is in County Commissioner Bill Carroll’s precinct. Carroll commented “while County Road 541 is in precinct 4, it is under State jurisdiction. Atascosa County does not maintain it.”

A representative of the Texas Department of Transportation relayed that if personnel was not too busy, they would be sent to the area. An outside source had been used for a litter contract but was discontinued.

The Alvarez’ were given the number to the TxDot district office in San Antonio as well. 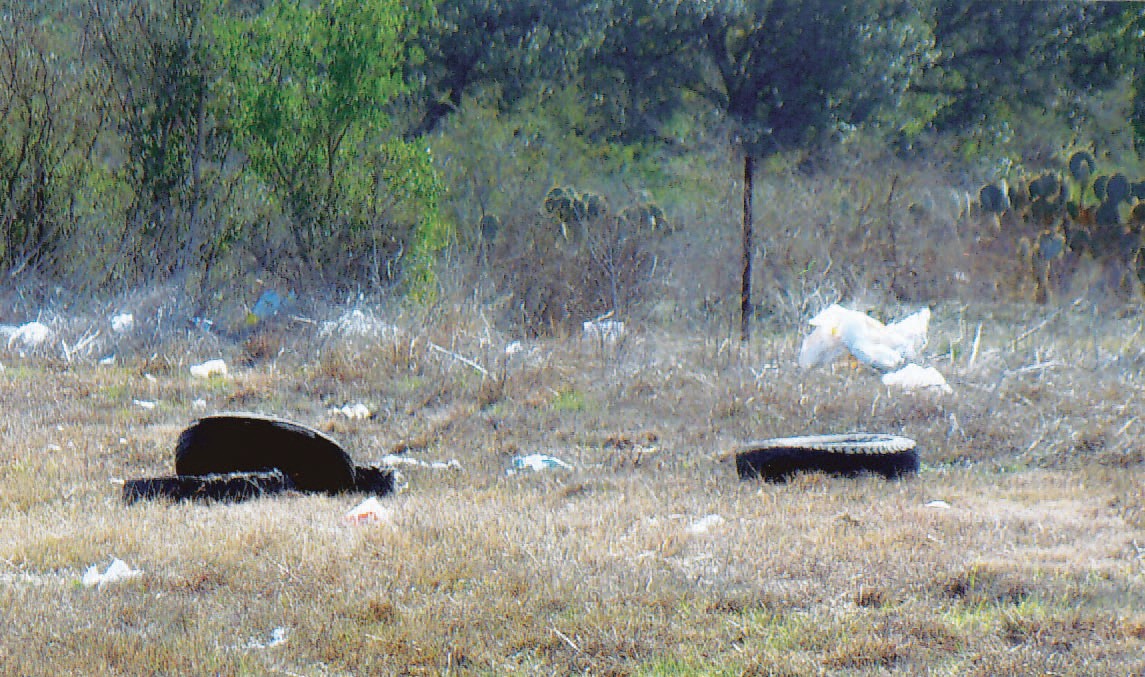 Tires are strewn off the county road in McCoy. 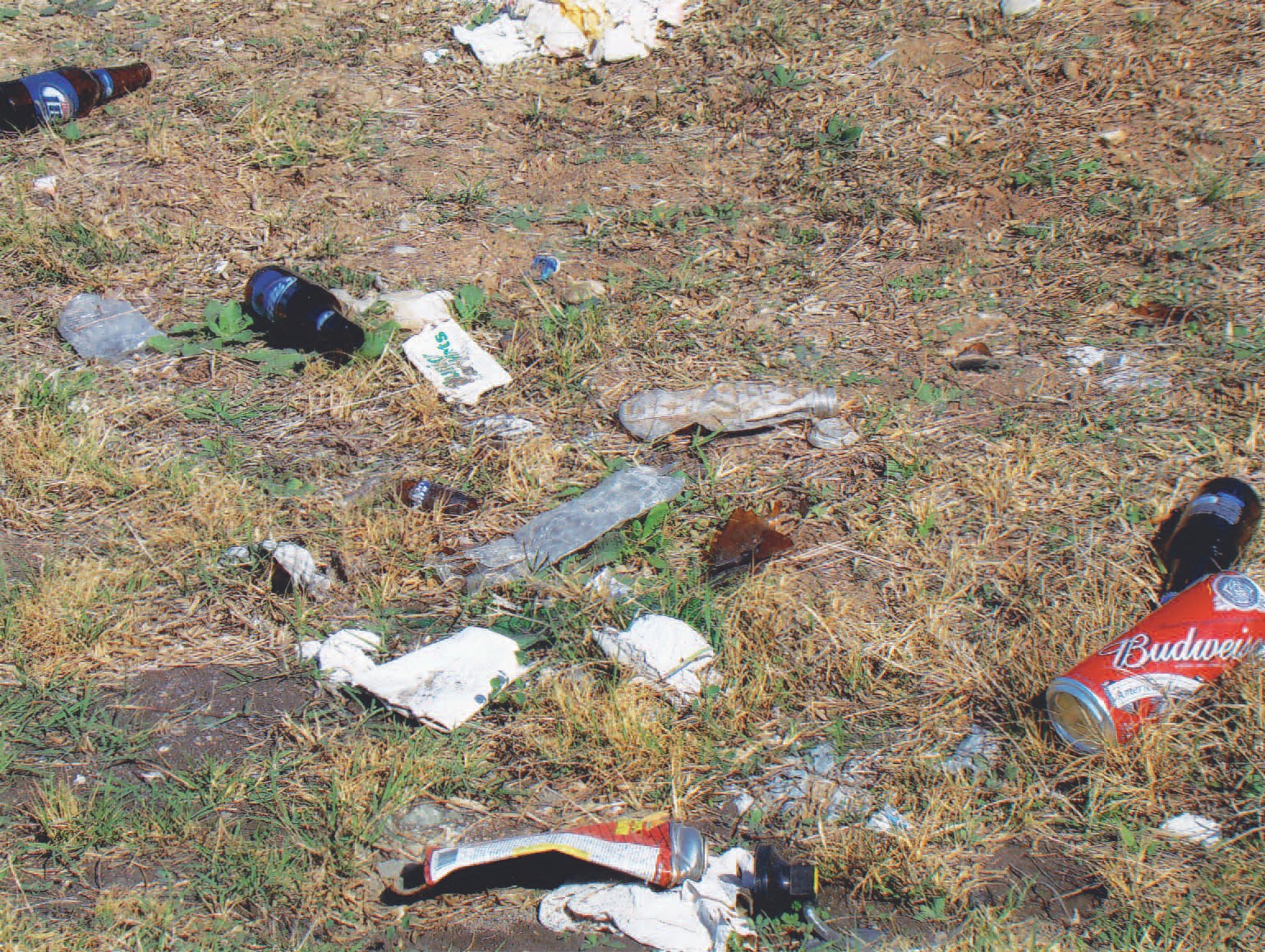 Lots of litter – including cans, bottles and paper thrown out near the CR 541 exit off of IH37.