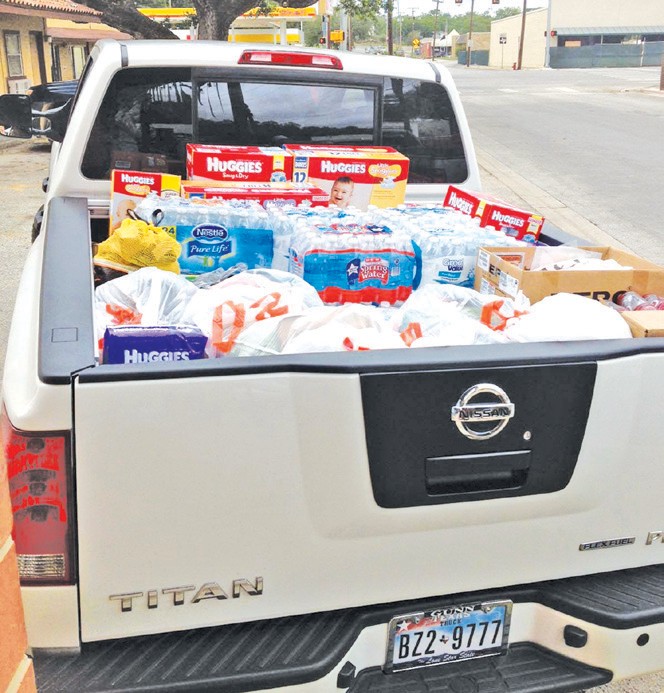 This is just one of the three truckloads picked up from the Pleasanton Express of donated items headed to the tornado victims of Moore, Oklahoma.