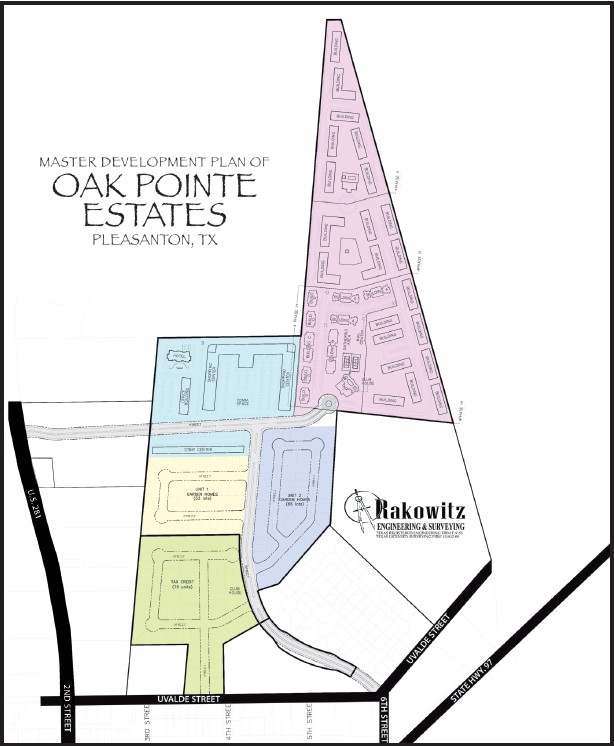 On Tuesday, August 28th, Siltek Group, Inc., closed on 94.1 acres on the north side of Pleasanton, signaling their plans to move forward with a mega residential and commercial development on that side of the city.

Rene Sierra, Vice President of Siltek said, “We’re looking forward to the opportunity to bring this development to a reality. We hope that about the first of the year we’ll be breaking ground. We’re pleased to be a part of the fine community of Pleasanton.”

Pleasanton City Manager, Bruce Pearson said, “Siltek approached us about four or five months ago about the potential of a master planned development. This would be a mixed-use site bringing in residential, commercial and professional properties. The thing that intrigued us was, obviously, is that it would have a 160 – 188 square foot shopping center, along with single family and multi family residential. As we worked through the process with them, it was clear to us that their intent to be a part of the City of Pleasanton was a serious one and they wanted to be committed to our city. Shortly, after the initial visit, Mr. Sierra journeyed back to meet with Mayor (Clint) Powell. He made that trip solely for the intent of meeting Mayor Powell and showing him his plan for that area of the city. From that meeting, we moved towards a plan for the July 14th meeting when he presented a plan for his rendition to the city council. We moved from that point of comment from the city council to where we are today – that being the date of August 28th when they closed on the land and officially own the land.”

“Right now we will begin to work with Siltek to start the process of infrastructure development. I think the biggest comment that we hear throughout the city is that this is a game-changer for the north side, if not the whole City of Pleasanton. We look forward to that development. We look forward to partnering with Siltek and for them to come and be an important partner in this city. I feel that we will see Mr. Sierra. I feel like he is going to develop all of it himself at this point, with partners. That was one of the critical questions that I asked Mr. Sierra before the July 19th council meeting. Asking if he was going to sell off parcels of the land and he said, ‘absolutely not. I’m going to develop it myself. That is my intent’. Not only will it give a boost to the north side of Pleasanton and our community as a whole, it signals what I believe, in my nine months of tenure, is an identification from somebody from out of state. Pleasanton is a community that depends on nobody but itself. Whether it’s infrastructure, water, waste water treatment, drainage, quality of life issues, an excellent school district, an airport and the list goes on and on. So I think that, more than anything, this identifies what we have all known and that is that Pleasanton is poised and ready to accommodate folks.”

Real Estate Agent Roxie Adler has worked on this project for almost a year. “I feel like this project, being such a variety of housing, from residential, to lease homes, to affordable income homes is going to widen the community and start bringing people back through the downtown area. I hope that our downtown area will be revitalized with this new addition. I’m proud to be a part of this.”

Walt Rakowitz, local engineer who’s working with the Oak Pointe Estates project, said, “They’re moving ahead, for sure. I know the first, immediate step is apartments and we’re already working on that along with full construction plans. There is a lot of preparatory work to be done yet – it’s very involved, considering the scale of this huge project. We will have to build roads to the property, build water lines to it, we will have to bring sewer lines to it. Pleasanton contractor, AP Electric is already doing their master planning for the entire project. They’re already a step ahead – that’s all local people. We’re already going through planning for the water system. A project like this takes a lot of master planning. Everybody has been very upbeat about the development. The city council has been extremely positive and the city staff has been very helpful.”

Siltek Group Inc., founded in 1998, is a State of Florida Certified General Contractor, which has successfully completed projects worth millions of dollars in the residential, commercial and institutional fields in Florida and Texas markets. Siltek Group Inc. specializes in commercial, residential and low- to mid-rise construction, and project management, value engineering and cost estimating. Siltek Group Inc. has been engaged in the construction of a wide variety of affordable housing and commercial developments, including single-family homes, townhouses and elderly rental housing. Its principals, Ana Silveira-Sierra and Rene Sierra, had been involved in various aspects of construction for many years prior to the formation of their own company.

Ana Silveira-Sierra has degrees in both civil and architectural engineering and has been involved in the construction of a large number of residential, hi-rise and commercial buildings during the past 18 years.