Developer to build park for city 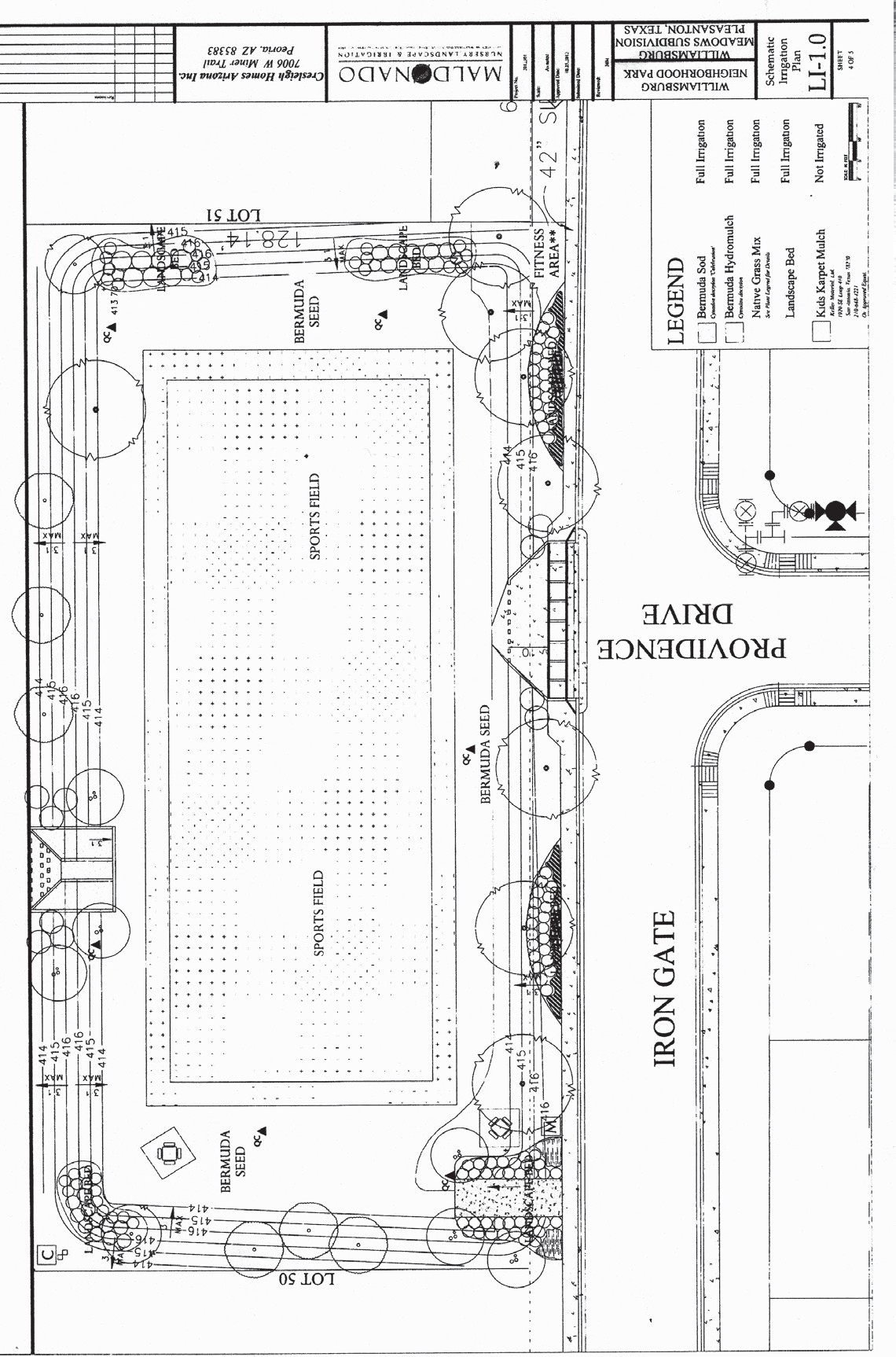 The design for the park that will be built in the Williamsburg Phase IV subdivision shows a sports field and picnic areas. The park, built by the developers, will be situated at the far east end of the subdivision, located off of FM 3350 and Goodwin Street area.

The City of Pleasanton will gain a new park space thanks to the developers of the Williamsburg Phase IV Subdivision.

Senior V.P. Wade Kempton of Village on the Park, LLC has been working closely with Pleasanton City Manager Bruce Pearson for almost a year to design a plan that is beneficial to both the city and the developers.

“It is a win-win situation,” expained Pearson, not only for the city, but for Mr. Kempton.”

The original plats approved in 2006 would have required a waste water lift station. Pearson explained the city was looking to not having to maintain the station and trying to save the $100,000 it would take for Mr. Kempton to build one.

A detention area to collect water in a 25 year event would be needed. Pearson asked if he would consider building a city park and there were certain things the city wanted. Kempton wholeheartedly agreed, especially since he had driven around the area and had noticed children playing soccer off Airport Road in a “briar patch” with headlights from vehicles shining the way.

The park will feature sports field and nicely landscaped with mature trees, Black Jack Bermuda and xeriscaped with shrubs such as Pride of Barbados, Red Yucca and Lantana. Irrigation, a fitness area (chin-up bars, etc.)and four picnic tables will also be installed. It will encompass about four of the lots, measuring 275 by 175 feet.

The new neighborhood, connecting to the existing Williamsburg Estates, will feature 66 units on lots aver- aging 67’ by 130’. The homes will average 2,000 square feet and will be built in the style seen in the area.

Based on the amount of investment in the park already (landscape/irrigation architect) the developer far surpasses the parkland donation part of the subdivision ordinance and/or paying the parkland fees.

The property was purchased in April 2012 from Clifton Shearrer at Brohill Realty.

This is the first Texas property the Arizona group has developed. They are looking to develop in Kenedy and possibly Three Rivers.

Kempton said he will oversee the development of the site but will hire a superintendent to help build the homes. That person could be local or he could move here.

“There is a lot of excitement in this area. We have been looking at developing something here for a while,” said Kempton. “We are looking at longterm growth.”

Upon the recommendation of Pearson, the Pleasanton City Council voted unanimously to grant a variance to the parkland donation/fees portion of the Subdivision Ordinance in exhange for the constrution and dedication of a new city park. 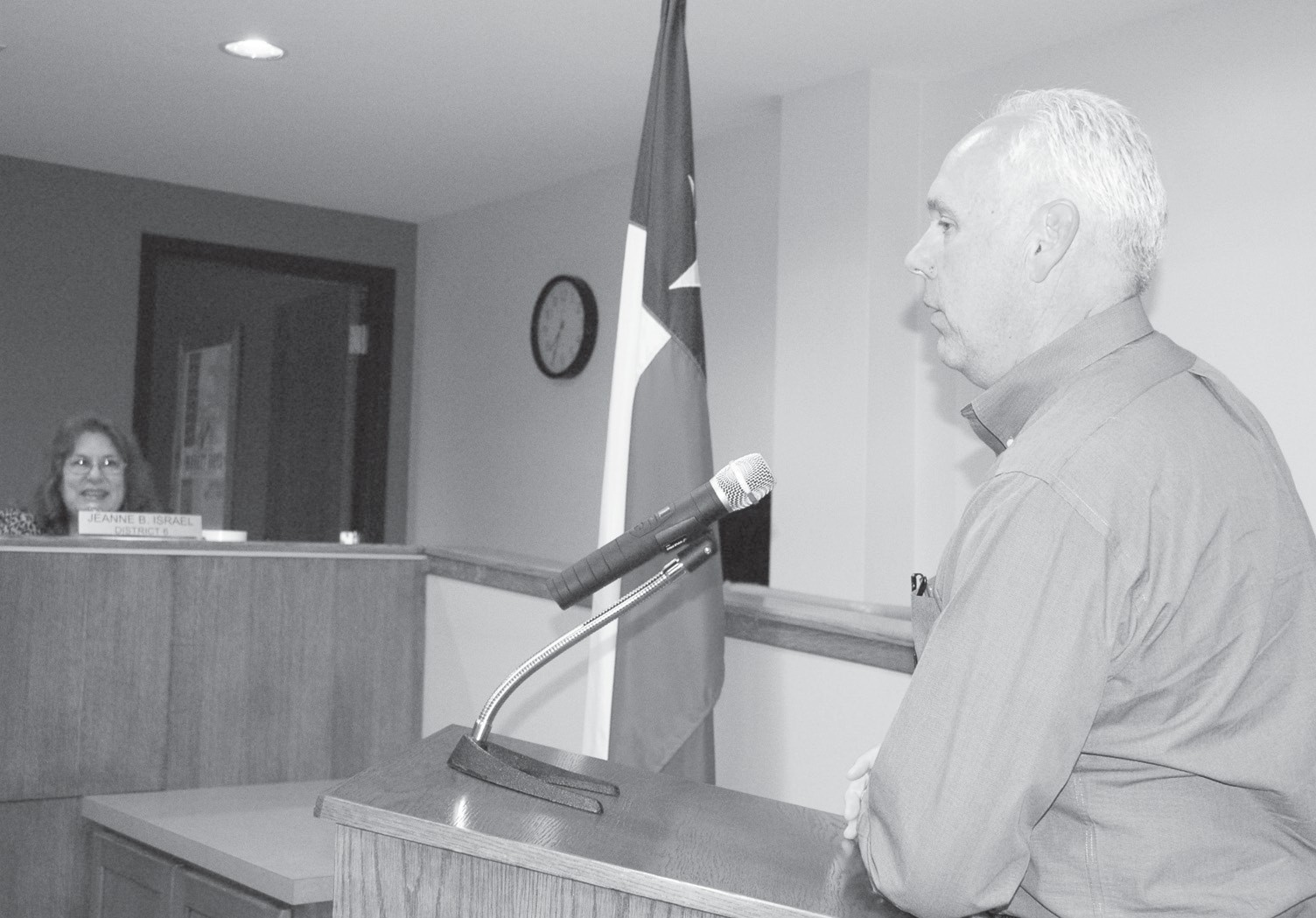 Wade Kempton of Village on the Park, LLC thanks the Pleasanton City Council for granting the variance to the new development in the Williamsburg Subdivision. The developer is building a park that will be dedicated back to the city.