Destruction at cemetery is considered a felony 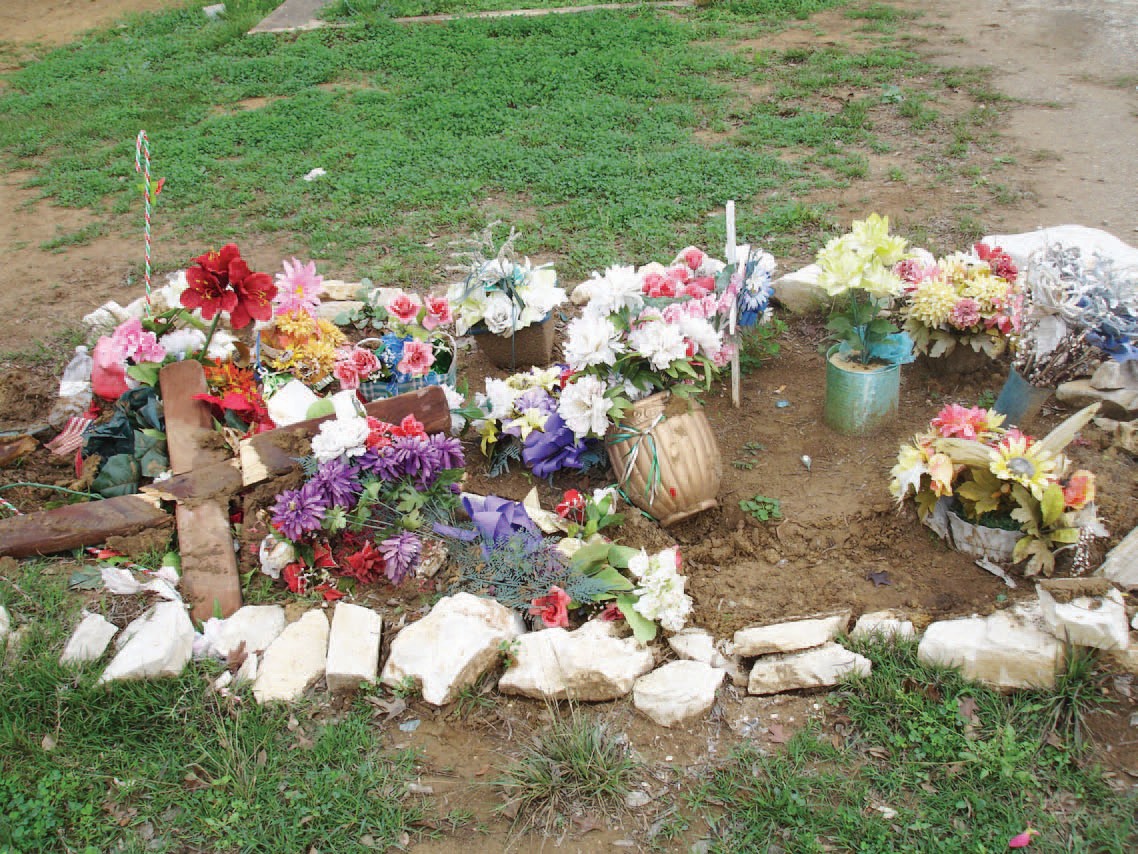 Delia Guerreca is upset, as she should be. Her son’s final resting place at San Ysidro Cemetery has been disturbed not once but twice recently.

She visits the cemetery almost on a daily basis and sometime between Thursday and Friday nights of last week, a vehicle (perhaps more) spun around the grave sites destroying arrangements, vases, and crosses.

She went to the Pleasanton Police Department and made them aware of the destruction. “We have bought a new stone and it will be installed this month. I don’t want it to be damaged,” she said.

The drivers may be attracted to the muddy areas after the recent rains. The mud has been splattered over other headstones in the cemetery as well.

Guerreca is hoping the officers of the cemetery associa- tion will lock the gates each evening to deter the trespassers.

Officer Jason Velasquez documented the destruction. The Texas State Penal Code regulates this as criminal mischief and is a state jail felony if the trespasser is caught.

If anyone has information, please contact the Pleasanton Police Department at 830-569- 3869.