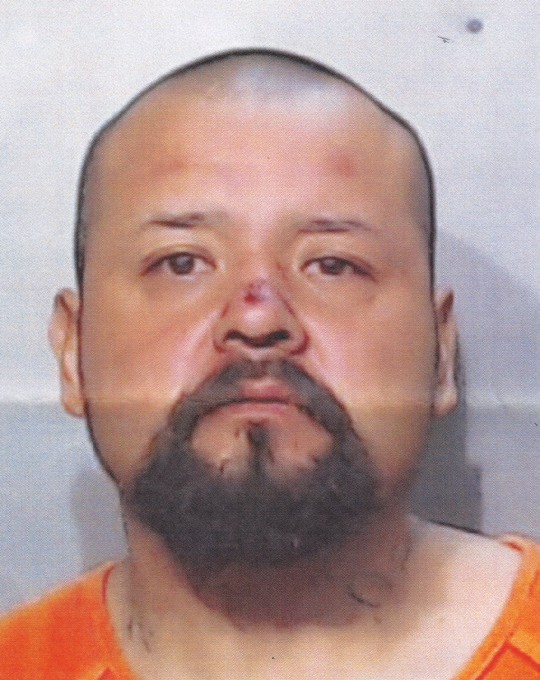 An Atascosa County man is in the Atascosa County Jail charged with Aggravated Assault with a Deadly Weapon-Family Violence after he stabbed his wife multiple times at Ramos Drive-In in Charlotte at about 5:15 a.m. Monday morning

The sheriff’s office received a 9-1-1 call from a woman who claimed to have been stabbed by her husband. The victim is an employee of the business, located on Highway 97 West in Charlotte.

Deputies arrived and found the victim suffering from six stab wounds. According to witnesses and store video, the suspect entered the store and attacked his wife who was behind the cash register.

The suspect, Frank Perez Garcia, 37, and from Charlotte, fled the scene and caught a ride to LaSalle County where he allegedly stole a vehicle. Garcia was involved in a one-vehicle collision on Hwy. 97 in McMullen County in the stolen vehicle where he was subsequently taken into custody by Atascosa County sheriff’s deputies.

Garcia was booked into the Atascosa County Jail on the first degree felony. Deputy Sheriffs Ivan Mendez and Caleb Bunch along with Sergeant-Deputies Joe Sauceda and Kevin Draughn assisted in the investigation and arrest. Sergeant Investigator Albert Garza is heading up the investigation.