Woman described as a vibrant, loving, generous woman who loved and cherished her husband and children first and foremost 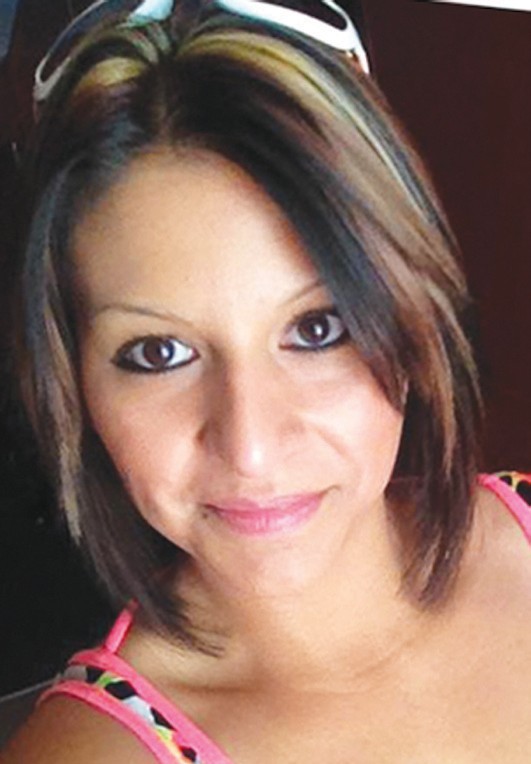 Yuri Elizabeth Casares, 31, of Charlotte had just dropped her two children off early Wednesday morning and was on her way to work when she was tragically killed in a car accident.

Acccording to DPS, Mrs. Casares was driving east on Texas 97 four miles outside of Jourdanton around 8:00 a.m. Wednesday when she swerved to avoid hitting a tire in the middle lane of traffic. According to the DPS report, Mrs. Casares apparently overcorrected to the left and lost control of her car. Her vehicle went into a side skid across both lanes of traffic where she was then hit by a car traveling in the opposite direction. Mrs. Casares died at the scene.

Two passengers in the other vehicle were taken to area hospitals, one of them in serious condition.

The loss of Yuri Casares who lived in Charlotte with her husband, Eric Casares and their two children, Anissa and Eric Jr., is unimaginable to those who freely describe her as larger than life, vibrant, beautiful, generous and giving. But, above all those personal attributes Yuri, according to loved ones, loved nothing more in the world than her husband and two children.

Elizabeth Branson who is Yuri’s aunt said that she could go on for hours about how generous and giving she was. “Yuri was a larger than life beautiful woman. She always put others’ needs before her own. Her husband and children were her life. She leaves behind a beautiful little girl, a teenage boy and a husband who loved her from the day he met her,” said Branson. “She was his world and it breaks my heart to see him and the children in such pain.”

Yuri’s husband, Eric, works as an Information Systems Technician at Camden Medical Center. He attended Charlotte High School and is still an avid Trojan’s fan. He has served as the president of Charlotte Youth Football Association.

Mrs. Casares was a medical assistant/clinical supervisor at Digestive Disease Center that is on the South Texas Regional Medical campus. She also worked for years at STRMC. She was loved and admired by her co-workers who are struggling to cope with the loss. “Yuri was a very beautiful young lady,” said Lisa Paez Martinez a co-worker. “I have only known her for three years but it was a pleasure knowing someone so vibrant, energetic, beautiful, strong and unique in so many ways. It was tough working through sadness today,” said Paez Martinez. “Some of my friends and coworkers knew her longer so it was very sad seeing how difficult it was for them.”

Mrs. Casares’ Aunt Branson also spoke of how she loved to see Yuri dress up whether it was working out, going out with her family or to work because she had such a flair and passion for fashion. Yuri took her creative eye for fashion to a professional level. She had started her own business where she had two product lines. Her jewelry line was named Envy Me and her t-shirt designs were called Katydid.

So many family members, friends and co-workers in this community loved Mrs. Casares.