Cowboy of the Year and Hall of Fame Nominations needed 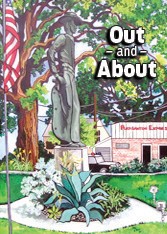 Cowboy of the Year, Hall of Fame nominations needed

Nominations are being accepted for the 2014 Cowboy of the Year as well as for inductees into the South Texas Cowboy Hall of Fame.

The winners will be announced at the Pleasanton Young Farmer’s Cowboy of the Year Rodeo on Friday night, August 15.

Cowboy of the Year nominations must be working cowmen and reside in Atascosa County.

South Texas Cowboy Hall of Fame nominees must have worked in Atascosa County, but no longer have to be active or living in the county.

Those submitting nominations should include the following information:

• Years of experience as a cowboy;

• Overall knowledge and ability with a horse;

• Ability in working with the trailing cattle herds of various sizes in the brush country;

• Knowledge of cattle habits and ailments;

• Character and dependability; and

• Why the person making the nomination believes his/ her candidate is worthy of the Cowboy of the Year title. Brushy Bulk Pickup

The city-wide clean-up for Pleasanton has started for the area east of Hwy. 281 and north of the Industrial Park.

The city will be divided into three areas and three weeks, with each week focusing on one area.

Week Three- July 28- August 4. Properties west of Bryant Street and north of Oaklawn Street will be included in this route.

The City of Pleasanton appreciates the cooperation of residents and businesses in keeping Pleasanton beautiful.