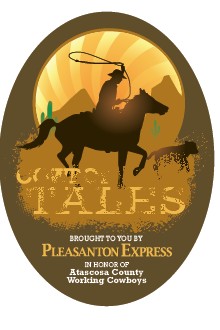 The Cowboy of the Year and the South Texas Cowboy Hall of Fame are without a doubt the highest honors a person can achieve in Atascosa County. The winners of these awards leave a legacy of honor to their families and to the town of Pleasanton who holds claim to the name “Birthplace of the Cowboy”. These honors are of great historical significance for our county and are an integral part of the fabric of our cowboy heritage.

For the first time in the South Texas Hall of Fame history, there were no nomination letters received at the Pleasanton Express for this honor. The Express was immensely saddened by this fact. In the past we have received dozens of meticulously and lovingly written nomination letters from former winners, ranchers, families and religious, business and community leaders.

So, for the year 2012 it was born out of necessity that the Pleasanton Express go back through every letter submitted since 1966 to find three candidates that met the criterion for South Texas Cowboy Hall of Fame. In reading through hundreds of letters about working cowboys of the past and present, the Express laughed, cried, were amazed, in awe and quite simply left more fascinated than ever before about these women and men who have given so much to Atascosa County.

We knew that we had to place these cowboy tributes in the Longhorn Museum so that they would be made available to all to read. In the next month, we will be doing just that by donating every original nomination letter written since 1966 and from this day forth to the museum.

In 1966, then Pleasanton Express Publisher, Wally Daetwyler, created the South Texas Hall of Fame to bring alive the memories of cowboy old timers and their feats. He gave out the first call for nominations stating that initial preference would be given to Atascosa countians but that the scope later would be broadened to include other South Texans.

Because we received no letters this year, the Express feels it is time now to open up the call for Cowboy Hall of Famers throughout South Texas. We will be working with the Independent Cattleman’s Association (ICA) to get the word out for us. Three board members will begin sitting in on the nomination selection process held in August at the Pleasanton

Fame. The ICA board members will not have a vote in who wins, but will be there to read the nomination letters for Atascosa and South

Daetwyler’s last words in his editorial were, “We need more nominating letters.” That still holds true today. We know there are dozens of Atascosa cowboys still alive and others who have passed who are deeply deserving and qualified to be awarded one of the three spots held each year for South Texas Hall of Fame. Let’s not give up those spots that belong to our county seat. The deadline for next year is July 4, 2013. But, don’t wait. Pick up your pens and paper today and write.