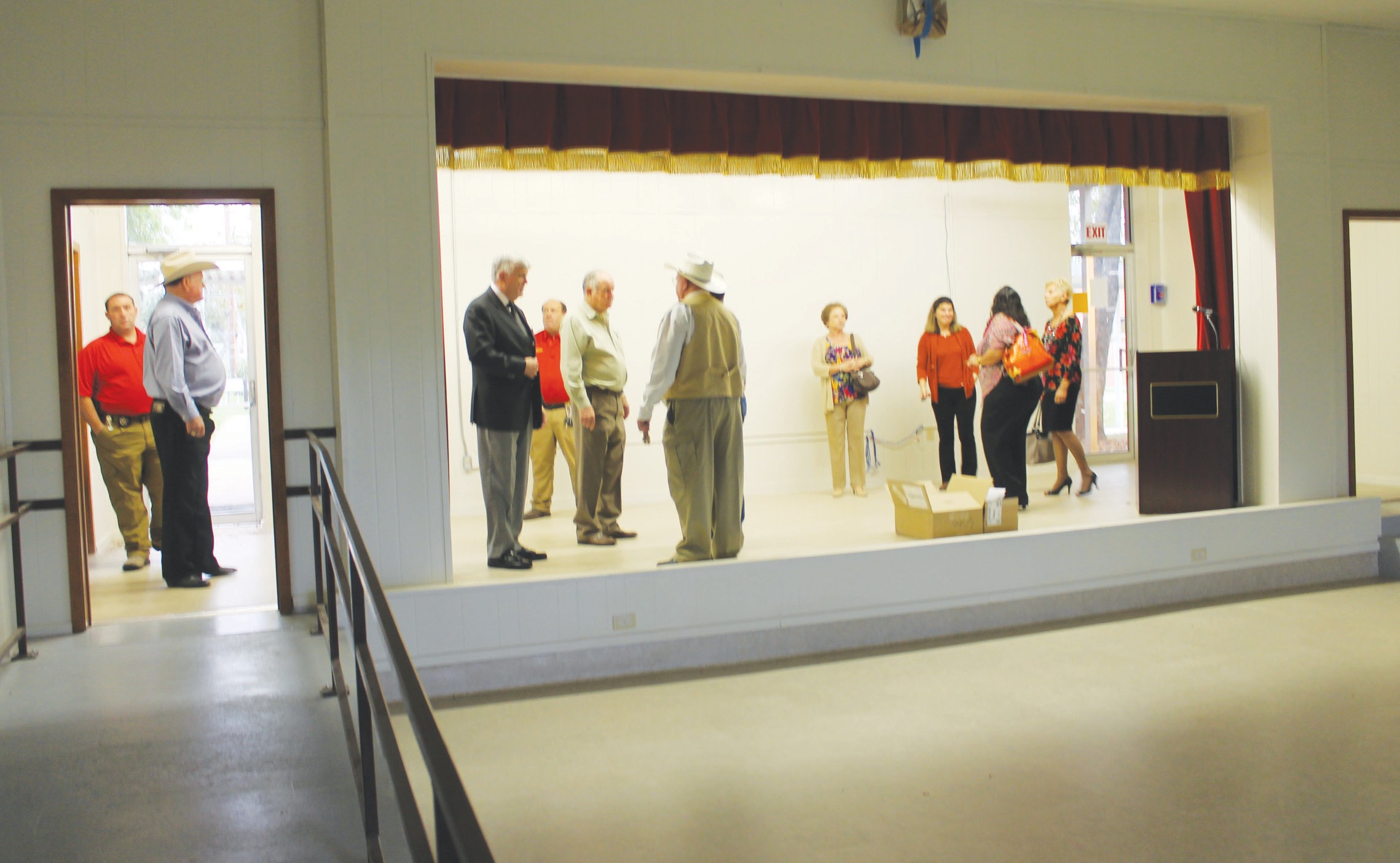 LEON ZABAVA | PLEA SANTON EXPRE SS On Monday, November 16, Atascosa County Auditor’s office employees and other county employees were given a tour of the renovated Leming School that will be used for various county offices. They’re seen in the auditorium.