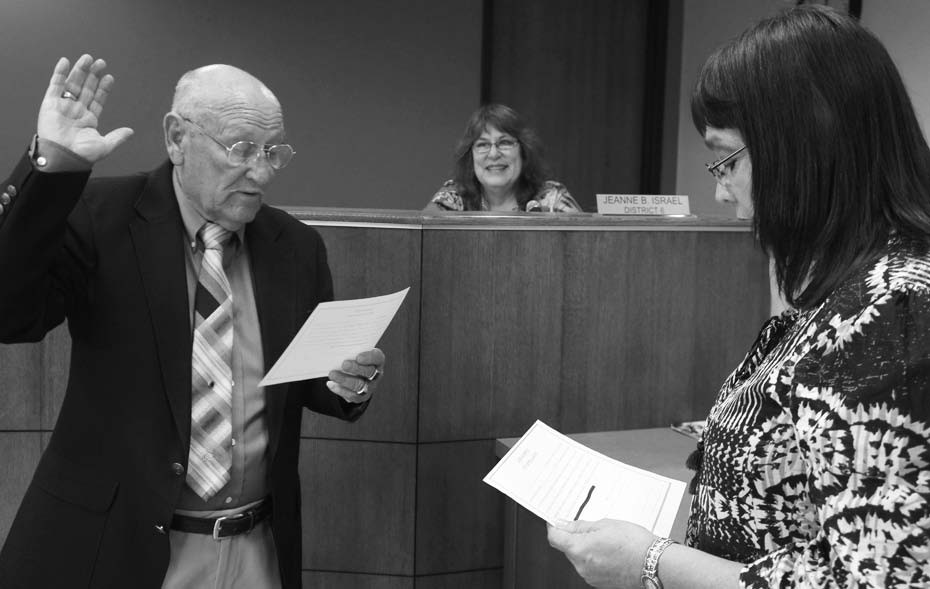 The Pleasanton City Council voted unanimously on May 17 to dismiss action on creating a procedure to cut off, at agenda posting, any item and delay it to the next regular meeting if it does not already have appropriate back-up information or the request to provide it.

“The reason I brought this up is because we continue to receive our packets in a very late fashion,” said Israel.

She added this was due to the fact that some department heads and some citizens may not have all the information to City Secretary Cindy Urrabazo in a timely fashion.

“So we spend a lot of time after Friday at noon still researching information,” said Israel.

They put a resolution into affect February 2011 that the deadline is Friday at noon before the next council meeting. Israel said at that time the city secretary should have received all of the back-up information for the agenda item. This applies to members of council, citizens, department heads, everyone.

That allows the city secretary to have the time to put the packet together. The council also needs time to go over the information, said Israel.

Israel did not realize the city had such a resolution. She asked City Manager Bruce Pearson if he wanted to add anything.

“I would just say, that where the last three or four weeks are concerned, we all need to have some patience with our city secretary,” said Pearson. “Not only did we have a city-wide election with two very important initiatives and the council elections, we also had a new dynamic we’ve never had because of legislative action.”

Pearson continued by reminding everyone the city had to purchase its own voting machine and the staff was required to be trained on how to operate them. The judges at each precinct had to also be trained. The city also went through its 10- year redistricting plan. This can result in problems with citizens thinking they vote in a specific district when they do not.

“When you put all those variables together, it has been very stringent on the city secretary’s office and those that support her. I don’t mind saying that Barbara and Nancy have supported her exclusively, as well as anyone else in this building,” said Pearson.

“Everyone needs to leave her alone until noon on Monday and let her get the packets out. Please help us,” said Pearson.

Said Councilman J.R. Gallegos, “I think our city secretary does an excellent job of being city secretary. Yes, there are times that information gets to her too late, but I think she does the best that she can. I don’t have a problem picking up my agenda on Tuesday and Wednesdays.”

Gallegos also said sometimes people do not pick up the agendas until Thursday and they don’t even look at them. Sometimes they do not even bring them to the council meeting.

Councilman Roger G. Garza said he agreed with Gallegos that Urrabazo was doing an excellent job. Urrabazo thanked them both.

Magel said he agreed Urrabazo was doing an excellent job. Then he said, “When we need to come in and look at them on the night of the meeting, as a council person, that is not enough time to really look at this and make a good decision on time.”

Israel said Urrabazo needs the support in order to be able to say that she can’t accept it, or it will go on the next agenda. This will keep her from winding up having to put herself in a position of accepting it even though it is past time.

Said Israel, “I’m really trying to hope that this reinforces it, because she is extremely busy and pressured and I feel that she does a good job and with that, I dismiss this item.”