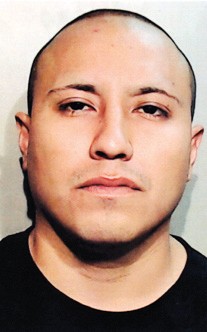 Arrested on Monday, July 28 was Charlie Coronado following a brief stand-off with the Pleasanton Police Department.

Coronado had several felony warrants against him and was located outside of a dwelling at the 800 block of Market Street. He allegedly evaded the police. Officers surrounded the residence and Coronado was taken into custody without further problems.

Aggravated Robbery and Aggravated Assault with a Deadly Weapon were among the warrants that were outstanding on him.