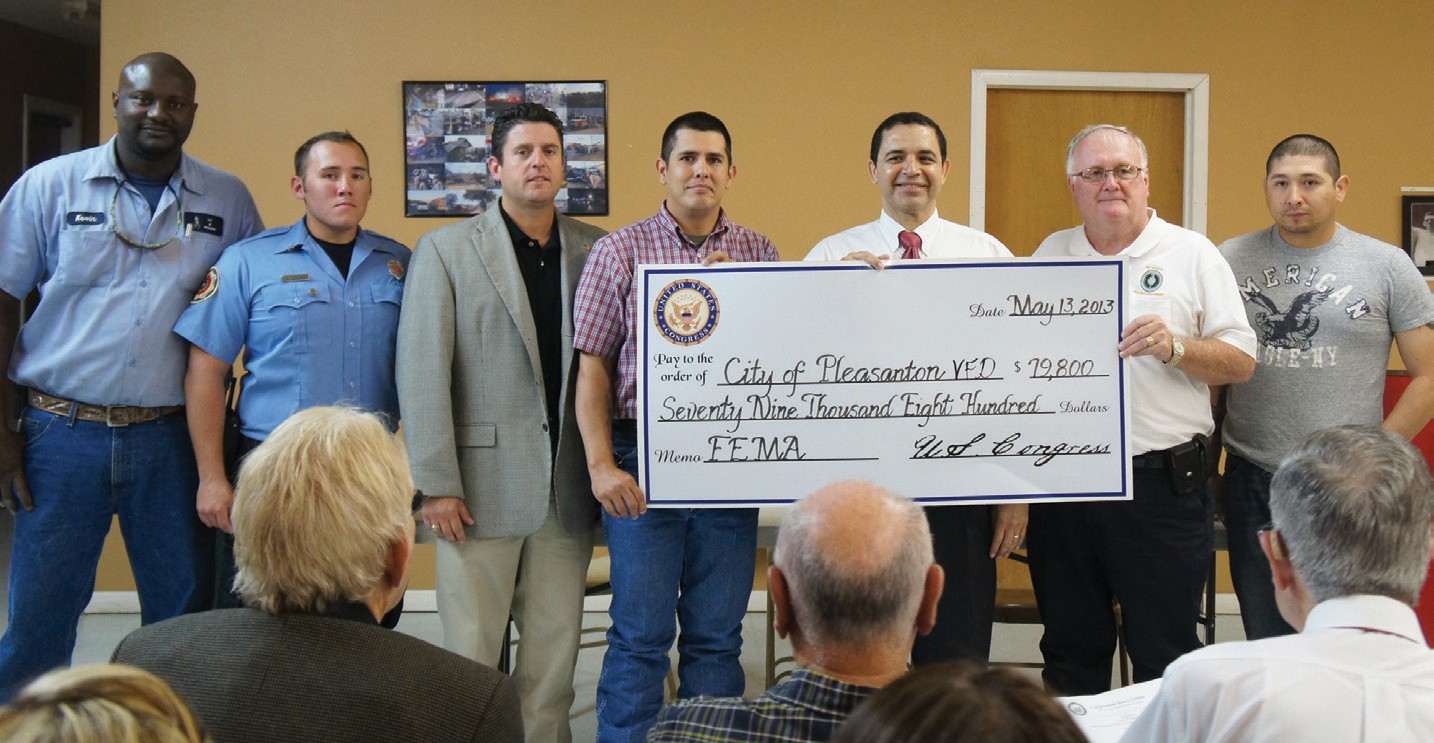 Congressman Henry Cuellar, (D-TX28) along with the City of Jourdanton Mayor Susan Netardus and the City of Pleasanton Mayor Clint Powell announced over $260,000 in grant funds to the two cities’ Volunteer Fire Departments.

“The men and women of the Jourdanton Volunteer Fire Department perform selfless acts of courage to protect and serve our community,”

Congressman Cuellar said. “These funds will help keep our community safe by providing appropriate equipment to personnel, thereby better serving our ever growing population and their needs. I thank the Jourdanton and Pleasanton Fire Departments along with their city governments for their diligent efforts in helping me guide these grants to Atascosa County. ”

The City of Jourdanton’s Volunteer Fire Department (JVFD) received $180,500 from the Assistance to Firefighters Grant Program (AFG) of the Department of Homeland Security (DHS)’s Federal Emergency Management Agency (FEMA). The grant will be used to purchase a tanker fire truck, capable of holding 3,000 gallons of water. The JVFD will raise $40,000 to cover the total cost of the truck, estimated at $220,500.

This new truck will replace a used 1972 truck that the department purchased about ten years ago. Funding for vehicles under the AFG Program was limited to 25 percent of the 12,000 applications submitted.

“The grant process is a competitive one, but the City of Jourdanton remained dedicated to bringing our taxpayer dollars back home. Today, the Jourdanton Volunteer Fire Department is seeing their hard work come to fruition in the receipt of federal money to purchase a new tanker truck,” said Mayor Netardus. “I would like to thank Congressman Cuellar and his office for their diligence and hard work in guiding the City of Jourdanton and the Jourdanton Volunteer Fire Department through the grant process. The safety of our citizens and community are our highest priority and, with the help of these grants, we will be able to achieve our goals.”

The City of Pleasanton’s Volunteer Fire Department received $79,800 from the AFG Program of DHS’s FEMA. The grant will opurchas 30 units of turnout gear and an industrial washer and dryer to upkeep the new gear and ensure items are free of contaminates and hazardous materials.

“Being the largest fire department in the County, ensuring our personnel have the necessary equipment is most important to our team,” said Mayor Powell. “Our gear, which has reached its shelf life, is the first line of defense for our volunteers. This grant allows the men and women that work their hardest fr the CIty of Pleasanton and the surrounding areas the peace of mind in knowing that they will be properly protected. Ithank all those involved in helping secure this grant, a true blessing for our fire department. 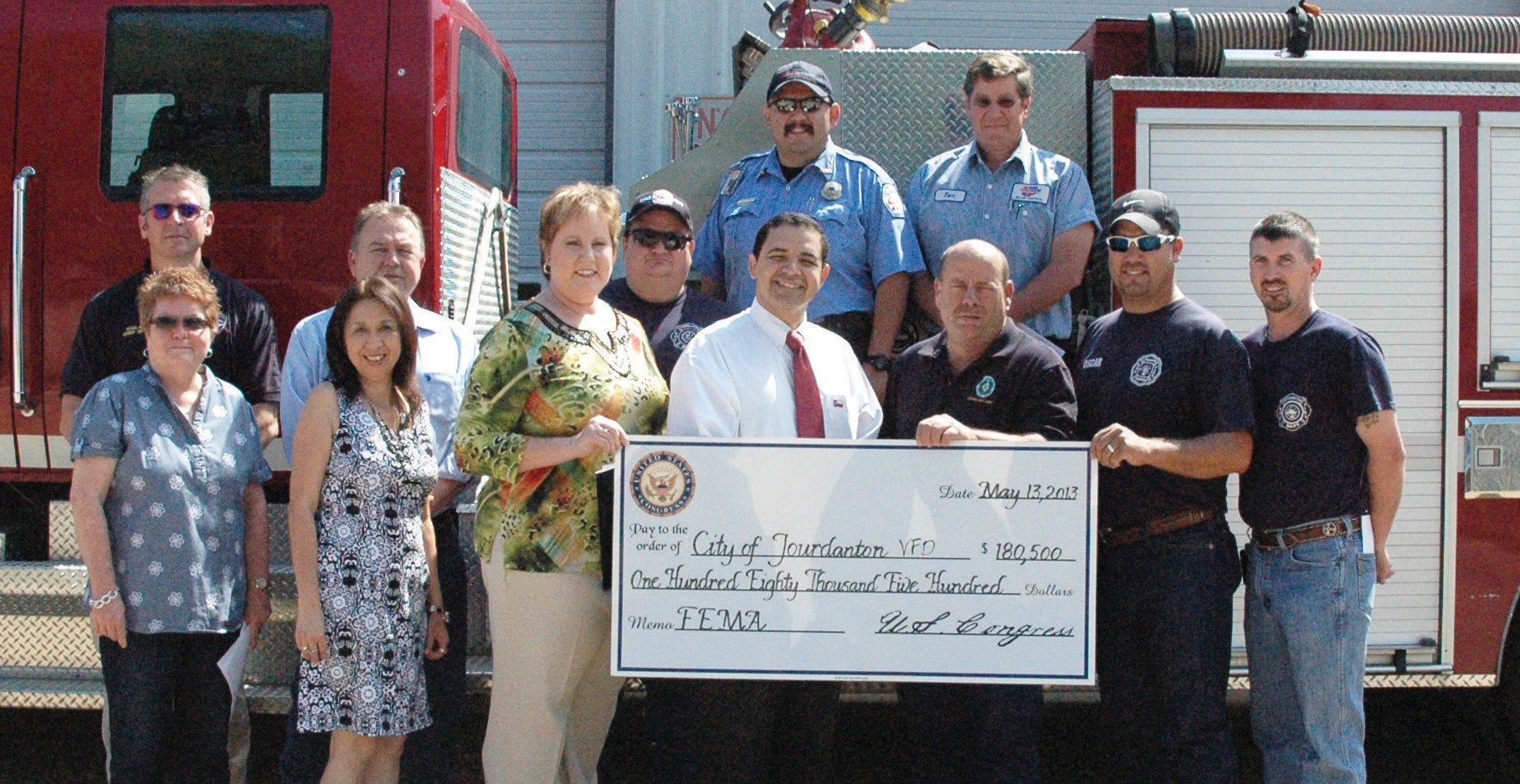