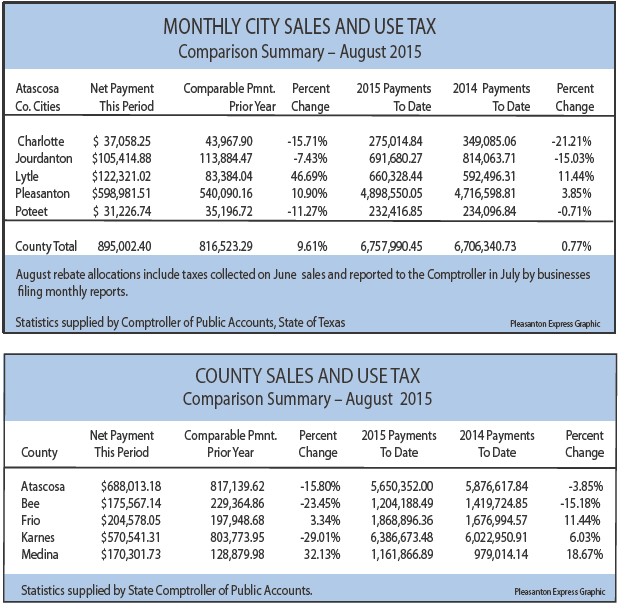 The sales tax figures represent monthly sales made in June as well as April, May and June, by businesses that report tax quarterly.