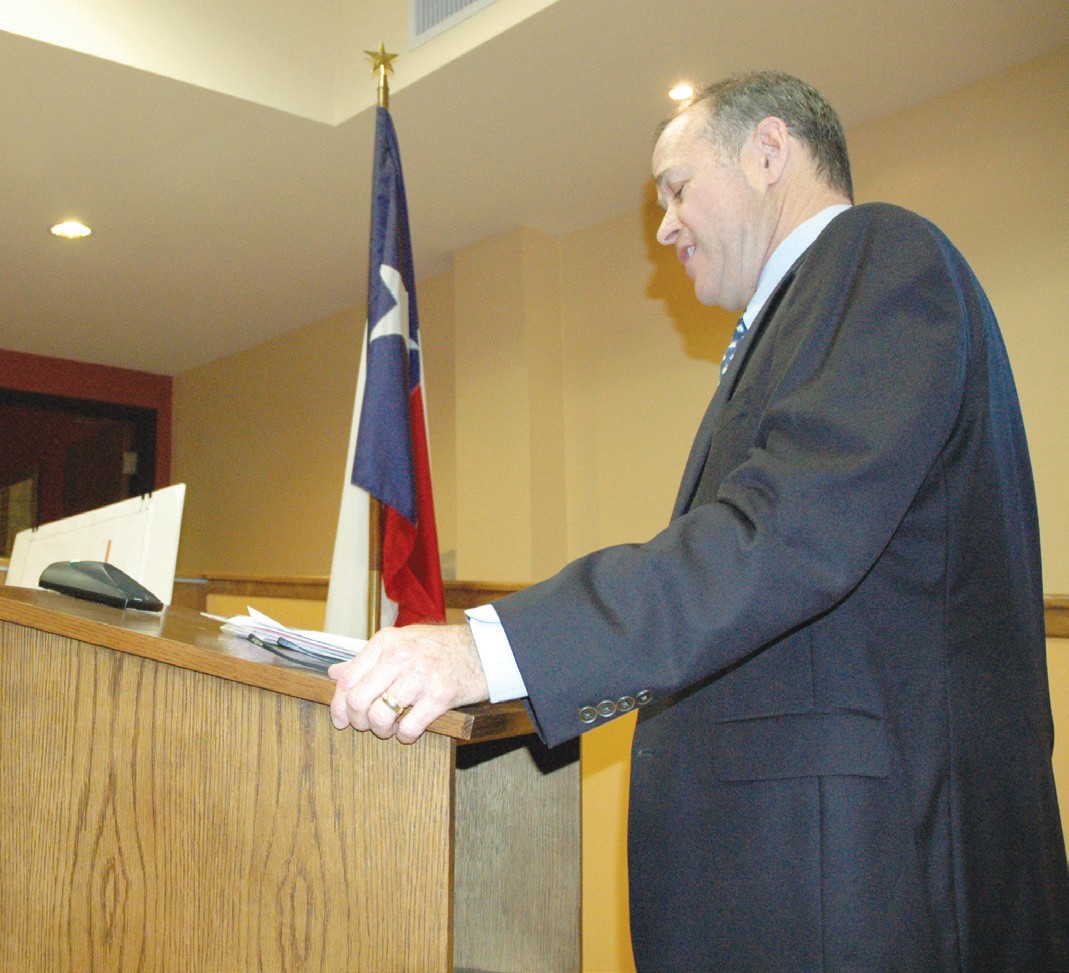 Bob Cohen, CEO of CommZoom, gave a presentation to the Pleasanton City Council.

Coyote Cable in LaVernia and Comfort also was bought by CommZoom. It too, was analog and no internet.

Over the next few months, upgrades will be made.

Cohen is excited to be able to offer Pleasanton high-speed internet – 500 megabits for neighborhoods and up to a gigabit in the business districts. That plus the Voice Over Internet Protocol (phone) and over 200 video/music /premium channels will all be available when the upgrades are complete. A local channel will also be available for the community, too.

Timeline currently is to have the first portion – internet, VOIP service completed during March- May. Video will hopefully be accessible June or July.

The city will receive 5 percent of their gross video revenues.

The Consent Agenda consisting the approval of the minutes of the workshop session and regular session on January 15 was approved during the regular meeting of the Pleasanton City Council on February 5. All councilmembers and the mayor – Mayor Clint Powell, Doug Best, District 1, Abraham Saenz, District 2; Diana Prasifka, District 3; J.R. Gallegos, District 4, Roger Garza, District 5 and Jeanne Israel, District 6 were present.

A second reading and adoption of Ordinance No. 15-1128 revising the Parks Ordinance by adopting an ordinance for the operation of the City Park, City Pool, and the City Sports Complex was passed by council.

The reading and Adoption of Ordinance No. 15-1129 establishing and amending the Official City Map of the City of Pleasanton was passed unanimously.

A first reading of Ordinance No. 15-1130 declaring new voting districts as a result of recent annexations was performed.

Johnny Huizar, Public Works Director, reported that all well were performing at 100 percent. The Capital Improvement Program (CIP) project on Cynthia Drive and the McGuffin Drive boring for the Hwy. 97 expansion are in the works.

The staff has rehabilitated the ball fields, added security lighting at the sports complex and repaired pot holes on Humble Camp Rd.

Mayor Clint Powell shared shared that Joseph Warnken resigned his position on the Housing Authority Board. Julie Garcia will fill that position.

Larry Pippen, the City of Pleasanton representative for the Atascosa County Appraisal District gave his report. He askes what the council wants reported besides what he is providing.

Fire Chief Chuck Garris reported to the council asked the council to declare surplus fire equipment (fire hose) to be outdated. The Texas Commission of Fire Protection mandates that fire hoses manufactured prior to 1987 are not acceptable to use in municipalities. This equipment – over 2,800 feet of fire hose- was then approved to be donated under the Helping Hands Project to the Texas Forest Service for designation to the Leming and Rossville Volunteer Fire Departments.

The council approved to continue to use the financial services of Mark McLiney, now with SAMCO Capital Markets, Inc. McLiney has served the City well as their financial advisor and wish to retain the same relationship.

The council also approved to purchasing Kronos Electronic Payroll and Timekeeping System for $33,455.60. The new systems will save money and hours for the City.

The council, on item 16 on the agenda, directed the City Staff to address the Street CIP portion of the Pleasanton Master Plan 2025. Brian Cope of Klein & Cope Engineering, presented the areas of improvement. Prioritized were four streets – Cynthia Drive, Winship Road, High Meadows and Main Street. Cope’s preliminary estimate is $2.8 million. The council approved to complete the process of preparing the design plans and advertise for bids for the street construction project.

Jeanne B. Israel made the motion to direct the City Manager and Staff to develop a possible Interlocal Agreement with Atascosa County Commissioners’ Court to repair the drainage/flooding issues at FM 3350 and the south entrance to Liberty Lane. It was approved by the council.

On the ¬proposed amendments to the City Charter Article IV, Section 5. Terms of Office the council had a lively discussion. Proposed to be placed on the ballot were to change the terms of officer from two-year terms to three-year terms. There will still be term limits of two consecutive terms, and after sitting out for a term, another two terms may be served.

The three remaining items, Article IV, Section 7. Compensation; Article XVI, Section 1. Director of Finance: Powers and Duties and Article XVI, Section 8. Contracts for City Improvements will all be placed on the ballot. Voting against were J.R. Gallegos, Roger Garza and Abraham Saenz.

The council then voted to reschedule the March 5, 2015 City Council Meeting due to a conflict with Pleasanton Chamber of Commerce Awards Banquet. The regular meeting will be moved to Wednesday, March 4.

The council directed the City Attorney to proceed as discussed in Executive Session for item 25 concerning Cause No. 15-01- 0064-CVA.

There were no questions or comments on the review of the bills and the meeting then adjourned at 9:24 p.m.