Atascosa County Volunteer Firefighters and mourners flank the sides of the recessional of the funerals of Jeremy Ward and Sarah Luna on Saturday, August 4. Many family and friends attended to pay their last respects to the beloved couple and community minded leaders. The tragic accident that took their lives is still under investigation.

Small towns seem to hurt the biggest when tragedy strikes. It is almost as though a fog encompasses the whole town and you can feel it in the air. The town itself mourns.

That is what happened in Charlotte last Tuesday morning, July 31 when Jeremy Ward and Sarah Luna lost their lives in a tragic accident on FM 1333.

Charlotte has seen its fair share of loss and devastation in the past. Locals Matthew Pesqueda and Victor Rodriguez were killed in an auto accident; Constable Rick Luna’s son, Erin was killed in a motorcycle wreck; and Paul Pesqueda lost his life in an auto accident as well. These are but a few of the tragedies to befall the little town. And while the sense of community is a comfort, the loss of two more special people is not lessened.

Her kids were her life and that rolled over into the community. She volunteered at the Head Start, the elementary and St. Rose of Lima Church. Sarah was a Little League Player Agent for 4 years, treasurer for one year, she also served as a board member/treasurer with the Charlotte Youth Football Association and was Vice President of the league last year. She was in charge of the PeeWee Cheerleaders and played a major role in getting the Charlotte Little Dribbler program up and running again.

Charlotte resident and fellow volunteer Gilda Romo said, “I don’t know what we are going to do without her.” This thought was reiterated by Sarah’s cousin Maria Garza, who served with Sarah on many of her ventures. The loss for Maria is devastating, she says she and Sarah were “each others sidekicks.”

Jeremy, 34, was equally active. He was a valued employee at Atascosa Exterminating, where his bosses Daniel and Lee Love have said he was like a son to them. And since Jeremy himself grew up in the foster care system, he was an inspiration and mentor to many kids.

Jeremy was also involved in Little League. He was equipment manager for three years, Vice President for one year and safety officer for a year. He also helped with Charlotte High School football where he served on the chain gang for 3 years, Charlotte Youth Football Association and Little Dribblers, where he was a coach too many times to count.

Not only did he serve children of the community, he was a volunteer firefighter, always set on go. Jeremy not only leaves behind the children he and Sarah shared and he helped raise, but son Jeremy Jr., daughter Lyric and wife Linda.

Smiles and friendliness were always on the ready when you happened to cross paths with Sarah and Jeremy and the Charlotte community will be affected in many ways by this loss.

Jesse “Chuy” and Henrietta Cantu, Sarah’s parents are themselves an inspiration, raising not only their biological children but have adopted five grandchildren. Now they will have the addition of five more.

A benefit for the children of Sarah Luna will be held on Sunday, August 12 beginning at 11:00 am at Charlotte Fire Station. The chicken and sausage plates with all the trimmings will be sold for $6.00 per plate. There will also be a bake sale available. 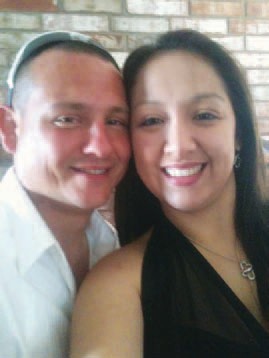