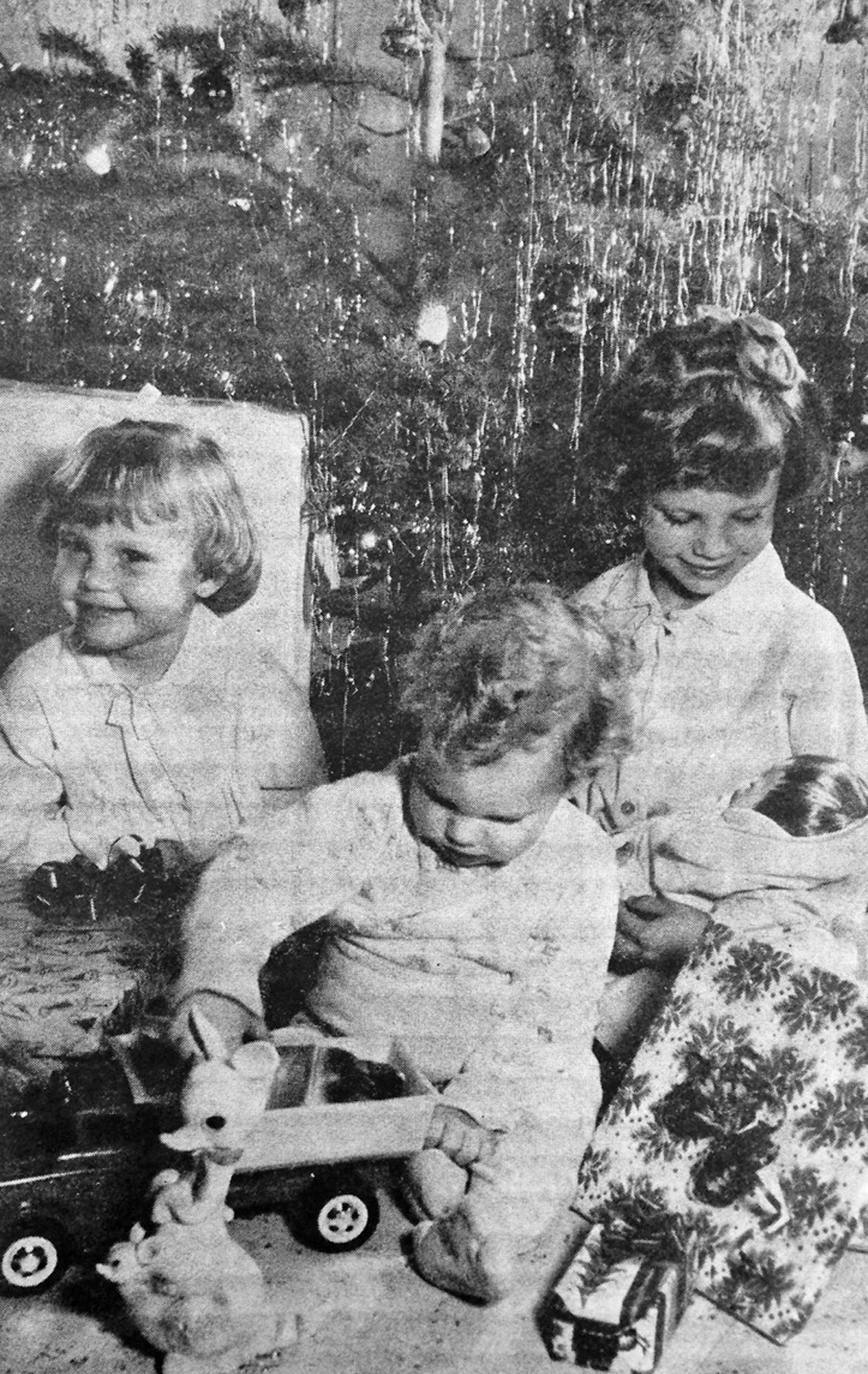 CHRISTMAS IS FOR KIDS! – “A truck!…a dolly!”…and many other exciting discoveries will be made by Atascosa county youngsters ’neath the tree on Christmas morning. Depicting such a scene, from left to right, are Laurie Ann, 3, Jeffrey, 1, and Carla, 6, children of Mr. and Mrs. Alfred Korus of Pleasanton. -Express photo originally ran in the December 23, 1964 edition of the Pleasanton Express.