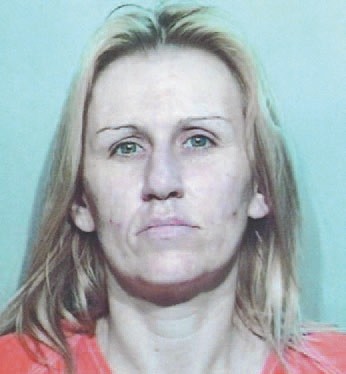 The arrest of Lethema Cleveland, 36, made by the Atascosa County Sheriff’s office in late April, has now escalated to a federal case.

Cleveland, driving on FM536, seemed suspicious that day when Sergeant Deputy John Rothenback and Deputy Corey Juber made a traffic stop. After further investigation the alert deputies found counterfeit checks. She was also allegedly using the identities of rural residents from stolen mail to access bank accounts. The stolen checks were altered to steal money from the unsuspecting victims. At the time of her arrest, there were 30 counts of forgery. The number could now be up to 150.

Investigators also discovered a storage unit in Pleasanton filled with checks, computers, printers and other items that were allegedly used in the scam.

Officials from the U.S. Post Office and the U.S. Attorney General’s Office are involved in the case with the Atascosa County Sheriff’s Criminal Investigation Division providing assistance.

Residents in the Loire, Las Gallinas and Verdi area who believe their mail and/or bank accounts may have been compromised, should report it to the U.S. Postal Inspection Service at 1-877-876-2455.