Charlotte Coach Mark Salinas said, “Our big win over Cotulla was because of a complete team effort.”

When asked about RB Tyler Cantu (5-11, 195, sr.) and receiver Javier Zuniga (6-0, 180, jr.), who were two statistical leaders in that effort he responded, “Both of those individuals played bigtime games for us. Tyler’s been coming on. He’s a converted lineman and the kind of kid who wants the football. All his runs are between the tackles – they’re all inside. That’s important to us in certain situations where we need some short yardage picked up. He’s a tough runner who runs with authority and is hard to bring down. Last season he was a lineman playing left guard. He’s had a couple of games already where he ran for a hundred yards plus. Tyler’s been good from day one and has been working and working and work ing. He has mental toughness and he’s physically tough too. He’ll get you those extra yards. Towards the end of the game with Cotulla, we wanted to get a first down and he picked it up and that was the end of the game. We were able to begin taking the knee.”

Coach Salinas continued, “Javier Zuniga is another good kid. The clock was running out and he took over for Isaac (Sanchez) who had just made a big run. We kind of wanted to give Isaac a breather but we needed a good play before we got off the field before halftime. We threw a long pass to Javier and he caught it on the left side of the field at about the forty and he angled all the way across the field towards the pylon, outrunning everybody except one last guy. Javier was tackled out of bounds just outside the one-yard line. We tried to spot the ball quickly but time ran out and it was halftime. He had the mindset to try to score for us on that play. He’s the kind of player who’s going to make plays for you.”

Zuniga said, “We were cranked up early and we never stopped fighting as a team and in the end we came out with a big victory over Cotulla. There were a lot of fans in the stands and that really motivated us.”

Cantu had this to say, “It was a toughly fought game against Cotulla last weekend. We came up with a few timely turnovers and played well as a team throughout the evening eventually winning, 24-22. We’re strong as a team, always picking each other up during a game. We battle to the end.”

In grid picks last weekend, there were 16 winners picked out of 21 games to advance season figures to 75 right out of 100.

Here are picks for this week:

Kerrville by 7 over McCollum Medina Valley by 14 over Harlandale Brackenridge by 13 over Kennedy Edison by 10 over Burbank Jefferson by 14 over Southside Lanier by 27 over Memorial Hondo by 57 over Carrizo Springs Devine by 60 over Lytle Cuero by 14 over LaVernia Gonzales by 43 over Poteet Pleasanton by 1 over Yoakum Jourdanton by 14 over Charlotte Harper by 1 over Kenedy Karnes City by 40 over Brooks Academy Poth by 20 over Nixon-Smiley Stockdale by 1 over Three Rivers D’Hanis by 20 over Brackettville Sabinal by 20 over St. Gerard Ben Bolt by 7 over Shiner Falls City by 7 over Pettus 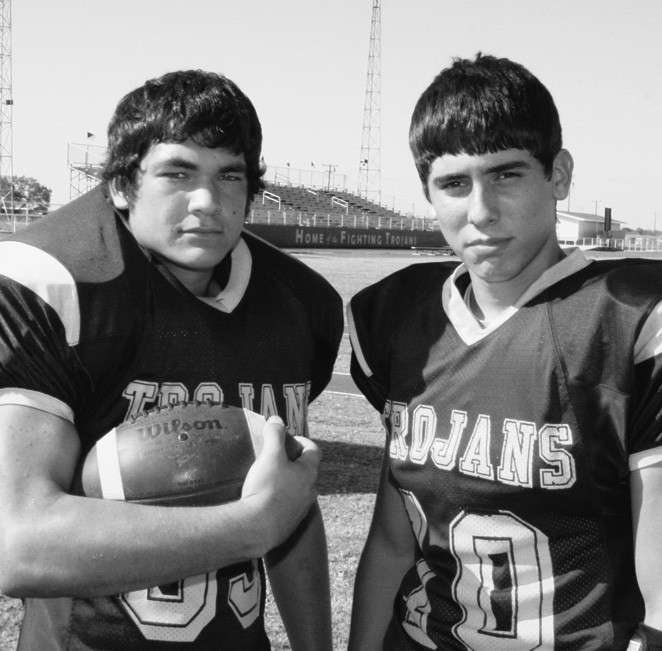