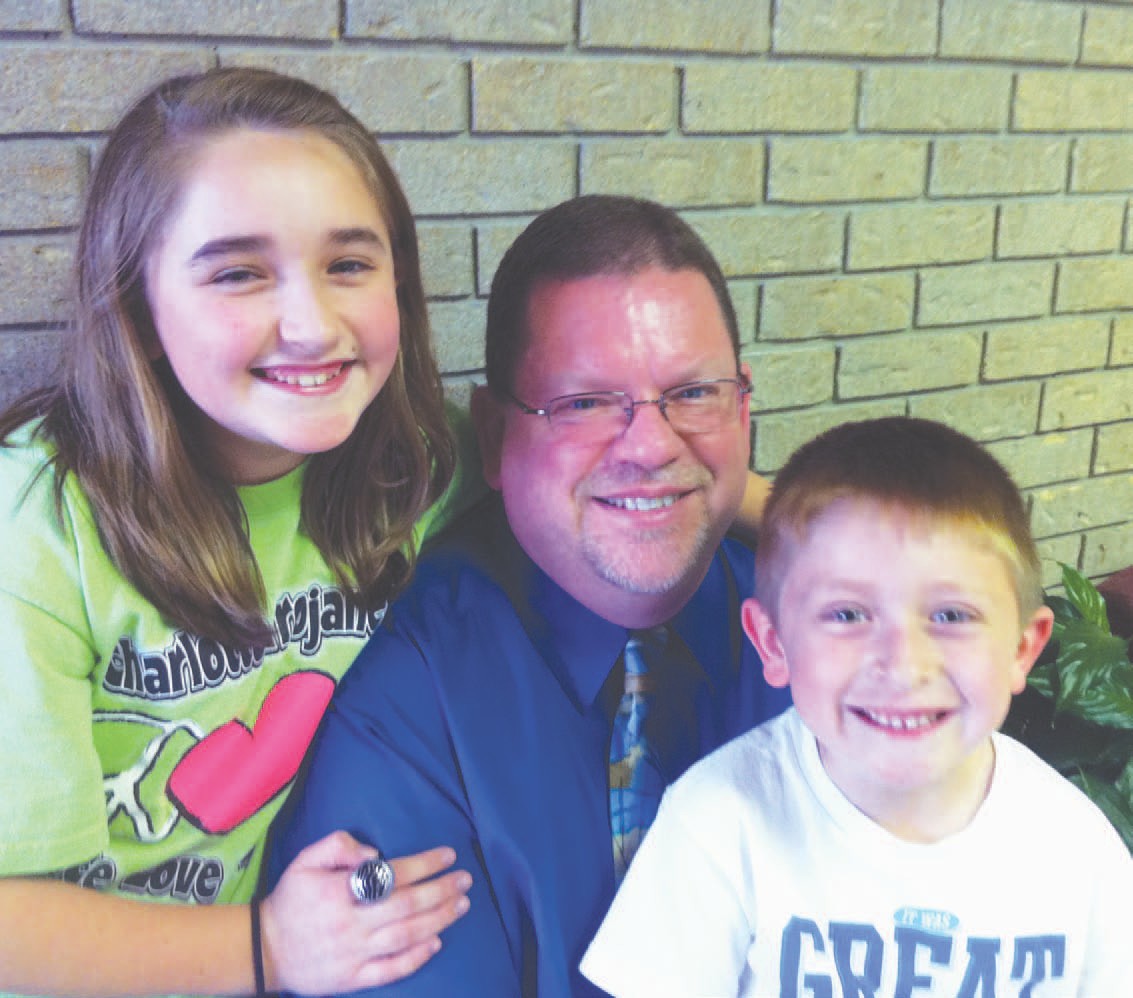 The smallest school district in Atascosa County lies in Charlotte, home of the Trojans and Trojanettes. Superintendent Brett Starkweather is in the middle of his third year at C.I.S.D., but was excited as he spoke about a vision geared toward improving academics for the future of Charlotte.

After graduating from University of Houston, he got into the world of education in 1989 where his first job entailed teaching math and coaching girls at Danbury Jr. High.

Starkweather arrived in Charlotte in June of 2009 after serving as the Superintendent at Paint Rock I.S.D. for four years and as their offensive coordinator for their six-man football team.

Out of the six schools he worked in, most had local roots to the South Texas area.

“Most of my jobs in education were around the Wilson and Karnes County areas. I had family in Kenedy, so when this job in Charlotte came open it was like coming back close to home,” stated Starkweather.

Brett Starkweather is enjoying his time at Charlotte I.S.D. along with his family. His family includes his wife Melissa who teaches Kindergarten at Charlotte Elementary, his daughter Madison who attends 5th grade and his son Blake who is in 1st grade.

According to Starkweather, while growing up, he knew he would always be involved in the world of education.

“Education is something that always interested me. I always like to learn new things. I think one of the things that helped me is I had great educational experiences while attending school in Katy. Neither my father nor my mother, were college graduates. I am proud to say that my sister and I both excelled and went on to get our masters degrees,” Starkweather added.

“My top priority in this school district is we have to find a way to improve academically. As a matter of fact, we had a specialist in our district today from Region 20 doing staff development. We are beginning to align our curriculum and we are putting resources out through human capital to our staff through staff development,” stated Mr. Starkweather.

Charlotte I.S.D. was named an Academically Unacceptable school district during the last TEA Rankings, which were released last school year. Mr. Starkweather was honest when asked where some of the problems lie.

“When I arrived in this district, we had teachers who only taught out of text books. We have begun a program that many districts use (C-Scope). Right now, we are only enforcing it in areas where we were unacceptable. Beginning next school year, we will have a full-blown implementation of the curriculum guide. What I have seen thus far, is a lot of staff appreciate the scope and sequence of having an aligned curriculum,” added Starkweather.

Charlotte I.S.D. has begun to do a lot of professional development with Region 20 in conjunction with Jourdanton I.S.D.

“We are doing a lot of math, science and writing in collaboration with Jourdanton I.S.D. We are looking at areas of need and putting plans together to assure these students are successful,” added the leader of C.I.S.D.

Charlotte I.S.D. will continue to provide more benchmark tests and stress the importance of academics to the children.

“Our staff is a hard working group of individuals who are focused on teaching our children. I think one of the greatest things we did is we have now given our staff a viable tool to be successful. Instead of just lectures, we will have more hands on activities,” stated Mr. Starkweather.

Looking ahead, the staff and students will both work hard to be prepared for the new testing standards.

“We are going to strive to be very successful with the new STAAR and End of Course tests. It is important to everyone in the community we do well,” Starkweather added.

Currently Charlotte I.S.D. has around 80 total staff, which includes around 40 teachers. The numbers also include principals at all three campuses as well as a Business Manager for the district.

“We probably have five to seven less staff members than we had in 2009 because of school funding. We did not fire anyone, but we were able to do this through attrition. We have also been able to put money in the bank during the past two school years,” he added.

With the reality of improvement needed within Academics of C.I.S.D., there are plenty of positives going on in the district. Over the past few years, Charlotte has been in the playoffs in athletic events not to mention being successful on the Agriculture side of things.

“One of the new things we have started in the district is art in the middle school. I think our Art and Band programs are both doing well. It is great to see some of the kids that have been excelling. We are also doing well in our FFA program. We have kids who have begun judging activities and kids are getting experience and our activities are growing in the program.

Charlotte High School also offers dual credit courses to juniors and seniors through Alamo Community Colleges. They offer a Spanish program at the high school only, as well as music classes from 4th-12th grade.

Community is key to success

Like any school district the community can play a vital role in the education of children within a district.

“We started holding community meetings to try and build a greater communication. We feel it is important to have parents involved in the education of their children,” stated Starkweather.

While most area school districts are growing, Charlotte I.S.D. is not seeing much growth.

“Right now we have about 500-510 children in the school district. We are not seeing much growth at all and one of the main reasons I feel is there is simply no place to live. It is tough to grow when you do not have a place for people to live,” stated Starkweather.

With that said, Charlotte has recently completed a few renovation projects and has a few on their calendar set for completion.

“We need to finish the second phase of renovation on our cafeteria. We also need to finish a few roofing projects. We did receive a $629,000 Texas School Grant to replace 12 of our HVAC units, which are all between 10-12 years old. This will be great for the district,” Starkweather added.

The school district did recently finish their new track as well as a new grass field at Trojan Field, which included a new sprinkler system. We also added lights for our baseball and softball fields.

“Looking down the road, one of the things we are in need of is a new science lab,” he stated.

Brett Starkweather’s current contract ends on June 30, 2014. Like most school districts, in June the school board will consider extending it by a year to equal the norm given to Superintendents (stay on 3-year terms). His current contract pays $88,700 with a phone allowance in addition to the salary.

Through hard work, dedication and new tools available for their staff, C.I.S.D. is hopeful of a brighter education for the future of Charlotte.

State of the School

Our final state of the school will be next week as we talk with Jourdanton I.S.D. Superintendent Lana Collavo to find out what great things are occurring with her school district.