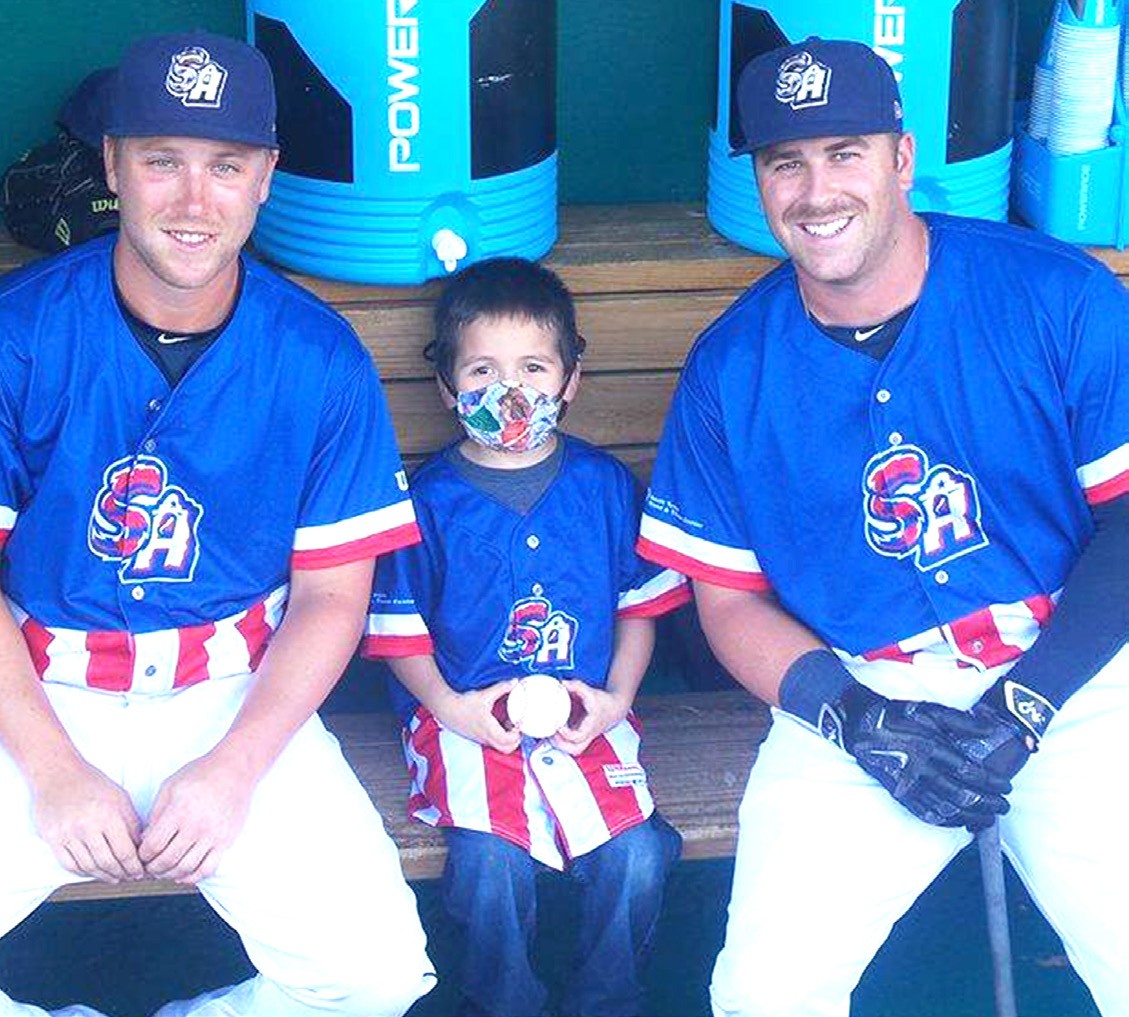 Darian Chapa, a local 5-year-old battling cancer, was honored by the San Antonio Missions baseball organization on Saturday, May 14.

Chapa was given the opportunity to throw out the first pitch and attend the managers’ meeting on the field as the night’s Honorary Bat Boy. The Missions wore special Captain America-themed jerseys that were auctioned off with all proceeds benefitting the South Texas Blood & Tissue Center. Chapa received a jersey just as those worn by the Missions during the game.

Many members of Pleasanton Little League and their parents were in attendance at the game and were also recognized. Chapa’s twin brother, Jayden, plays for the Sea Dogs.

“Darian is just happy to be part of his brother’s team. He thought his brother (Jayden) would experience playing baseball without him. They have always done things together so it broke my heart to see them apart while his twin played,” said Darian’s mother, Vanessa Chapa.

“We can’t thank the community enough for making him feel like a normal five year old and a part of something special,” said Vanessa. 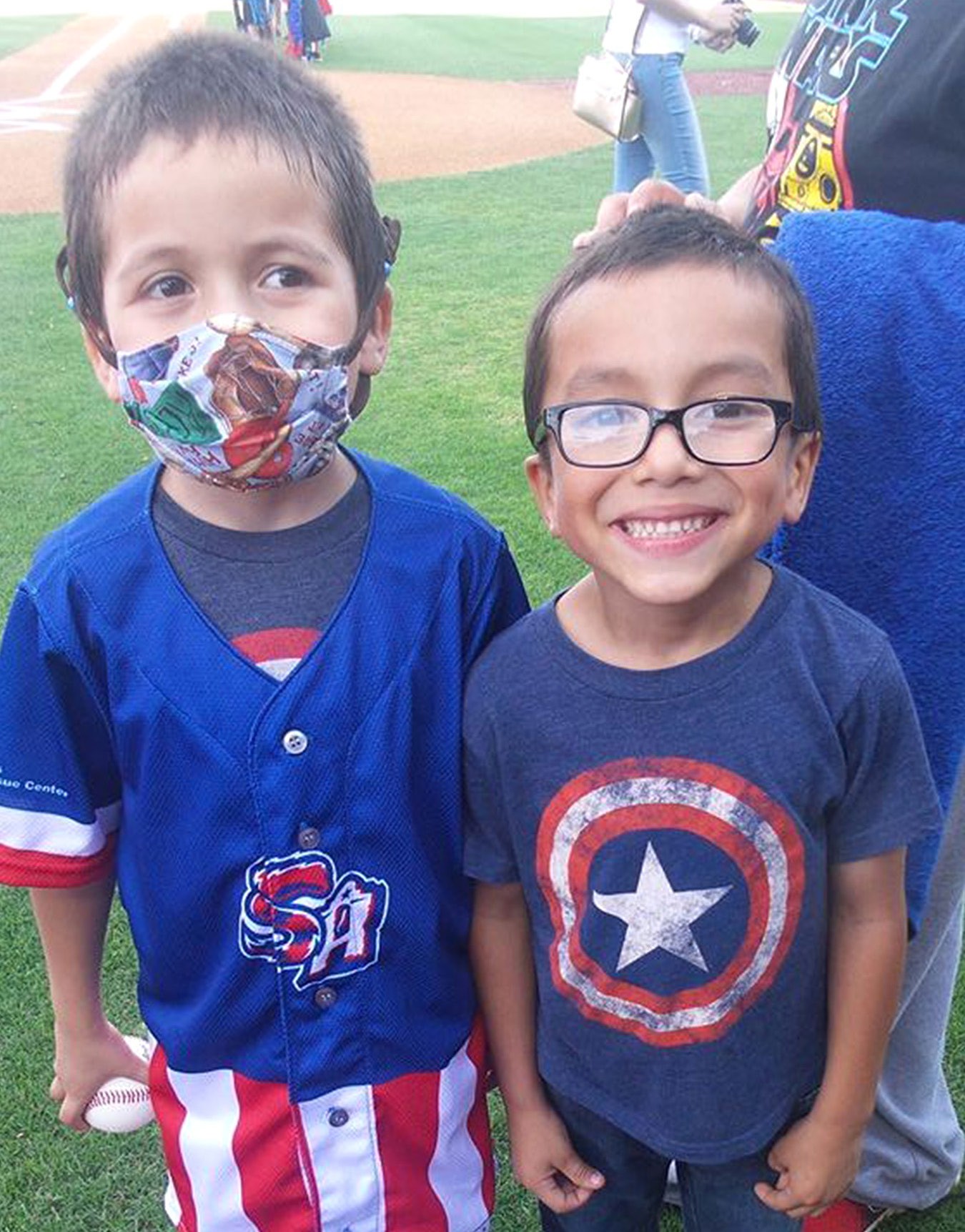 Twin brothers Darian and Jayden Chapa smile proudly after Darian received a team jersey at the San Antonio Missions game on Saturday, May 14.