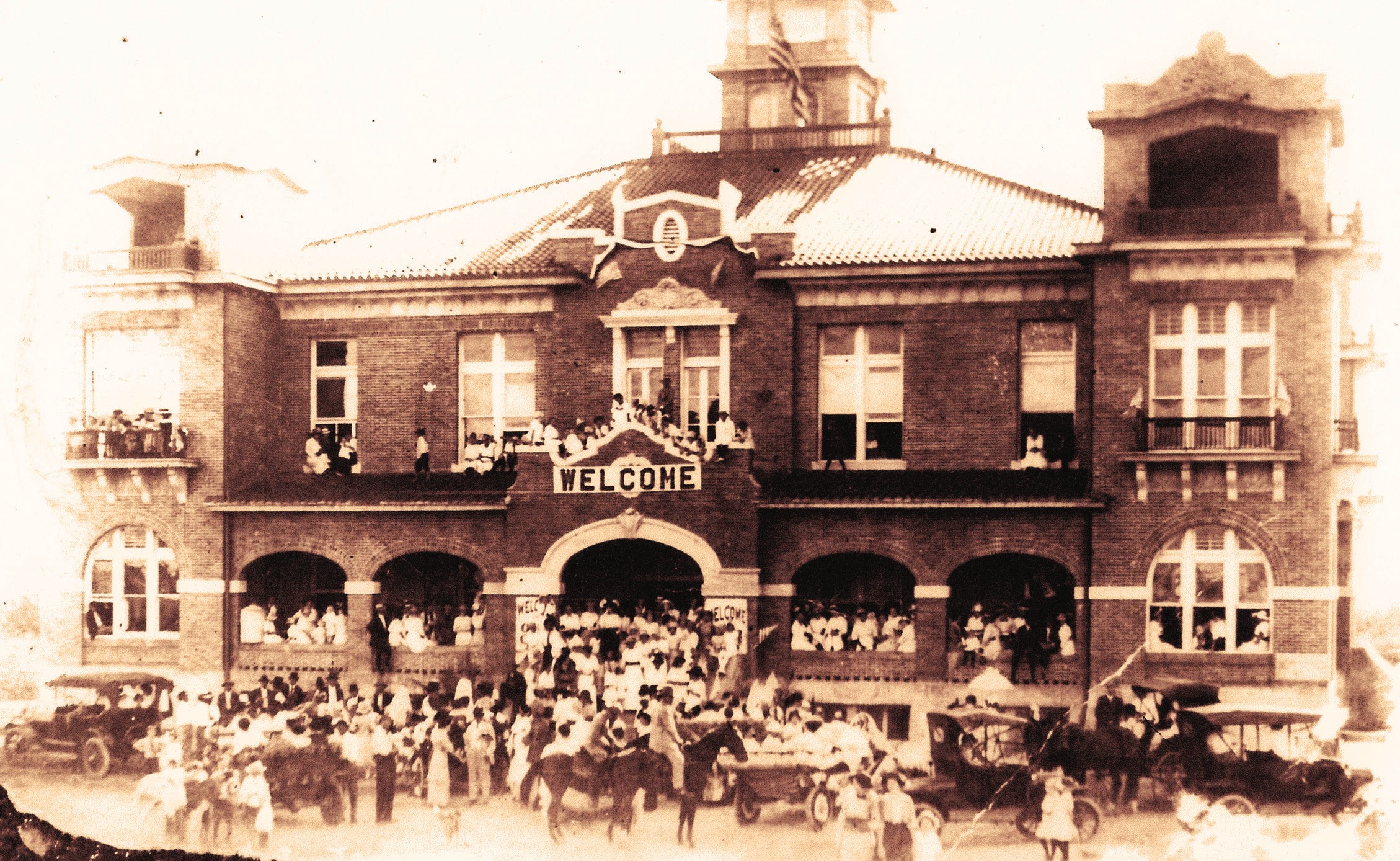 This photo of the courthouse (circa 1913) was most likley captured on the opening day of the new building. This particular image was found during an earlier renovation of the courthouse by Norman Porter Sr., historian, and Joe Cantu a courthouse employee, according to Atascosa County Judge Diana Bautista.

One hundred years ago, the new Atascosa County Courthouse opened for service. Help celebrate this centennial event by attending the ceremony this Saturday, May 18 at 10 a.m. in the District Courtroom.

The Atascosa County Historical Commission will have local historian, Norman F. Porter Sr., giving a bit of history on the building. Refreshments and tour of the courthouse by Atascosa County Judge Diana Bautista will follow the ceremony.

The courthouse was designed by architect Henry T. Phelps. It is the only Mission Revival courthouse in Texas.

Contractors for the building were Gordon-Jones Construction Company from San Antonio. It was completed in May 1913.

Over the years there have been several renovations. In 2000, a $2.8 million grant was received for the historic restoration. It was completed in 2003 and rededicated at a ceremony held June 14. It currently has had another facelift as described in the article by Leon Zabava on page 3A.

A new pewter type ornament will be available to purchase ($15) as a donation as well as previous commemorative ornaments from the Atascosa County Historical Commission.