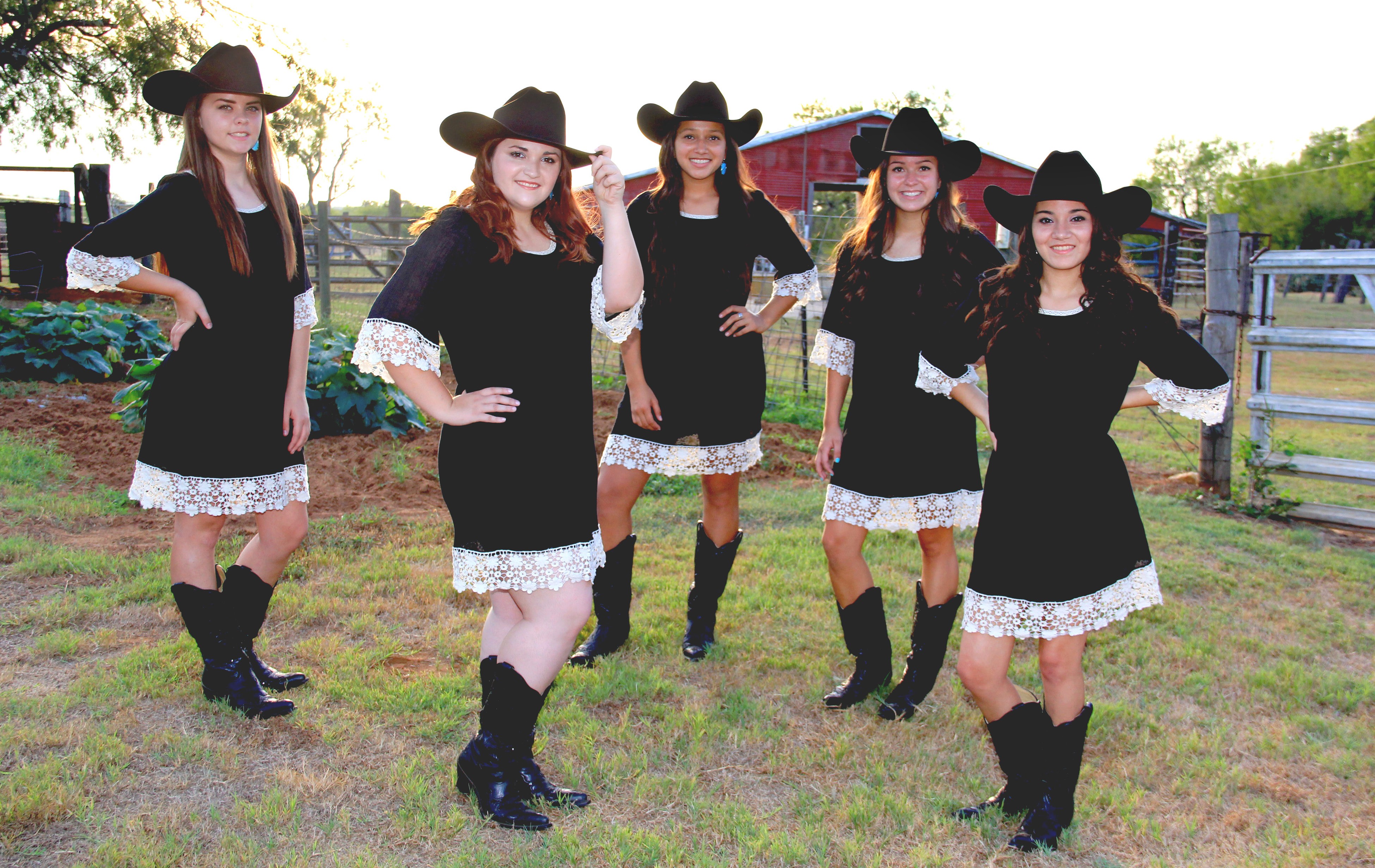 The Cowboy Homecoming Court, from left, Skylar Alexander, Zoe Mangum, Cassidy Fernandez, Kyla Llamas and Larissa Gomez, invites everyone to the 50th celebration this week. Find out who will be crowned queen on Thursday, October 22 before the street dance at Kadobe’s. All other events – including a BBQ cook-off, tractor pull, bull ride and concerts with Intocable and Tracy Byrd with Gabe Garcia, Blackhawk and Jason Boland and the Stragglers take place at the River Park.

Fifty years … that’s how many years the Cowboy Homecoming has been celebrating the heritage of the cowboy in Pleasanton.

And while there are no longer cattle drives roaming on the Chisolm Trail, the area is still active with real cowboys and an industry that has been maintained for almost 200 years.

The celebration returns to the River Park after being away for three years.

Also returning is a bull ride and an event that resurfaced last year – tractor pulls. The pulls will be held on Friday at 6 p.m. and Saturday at 2 p.m.

The event will go on – despite the predictions of rain over the weekend.

Kadobe’s will host the Kick-off Party for the bull ride after the Queen’s coronation at 7 p.m. A street dance with Jerry DeLeon performing will follow on Hunt Street.

Early on Friday, be sure to grab breakfast at the River Park, courtesy of South Texas Regional Medical Center.

That night, the popular band Intocable will headline with Gabe Garcia opening at 8:30 p.m.

Ticket prices are $25 or $20 if bought early online or at the Chamber Office, Call 830-569-2163 for more information or visit www.pleasantoncofc@att.net.

Parking will be available on the south end across Adams Street towards the Hwy. 281 bridge. There will also be parking in the Pecan Orchard off of Main Street at the Jeff Street entrance (north of Bensdale).

The carnival will be free with the purchase of the $25 wristband each day. Children 10 and under are free.

In honor of the Pleasanton Express fun and wild boss, Bill Wilkerson, who passed away earlier this year in April, the Express is adding his name to the 5K Run and Fun Walk event.

From now on, it will be known as the “Wild Bill” Cowboy Gallop.

Over the years, the race has seen the same participants who make it an annual event, citing it as one of their favorite 5Ks to run.

Be sure to register early and save. Preregistration is $15. The day of the race it increases to $20.

The thrilling bull ride event will start at 5:00 p.m. $5000 has been added to the purse. Some of the riders being featured are Luis Villarreal and Jason Malone. They will be at HEB on Thursday, October 22 at 4 p.m., and later that night at the Kick-off Street Dance after the Queen’s coronation in front of Kadobe’s, 205 E. Hunt St. They will sign autographs during Intocable’s dance Friday night and at Rick’s Hats and Boots, Saturday 1-2 p.m.

An introduction will be held at 4:30 p.m. at the park arena.

Saturday’s entertainment of Tracy Byrd will follow the opening acts of Blackhawk and Jason Boland and the Stragglers.