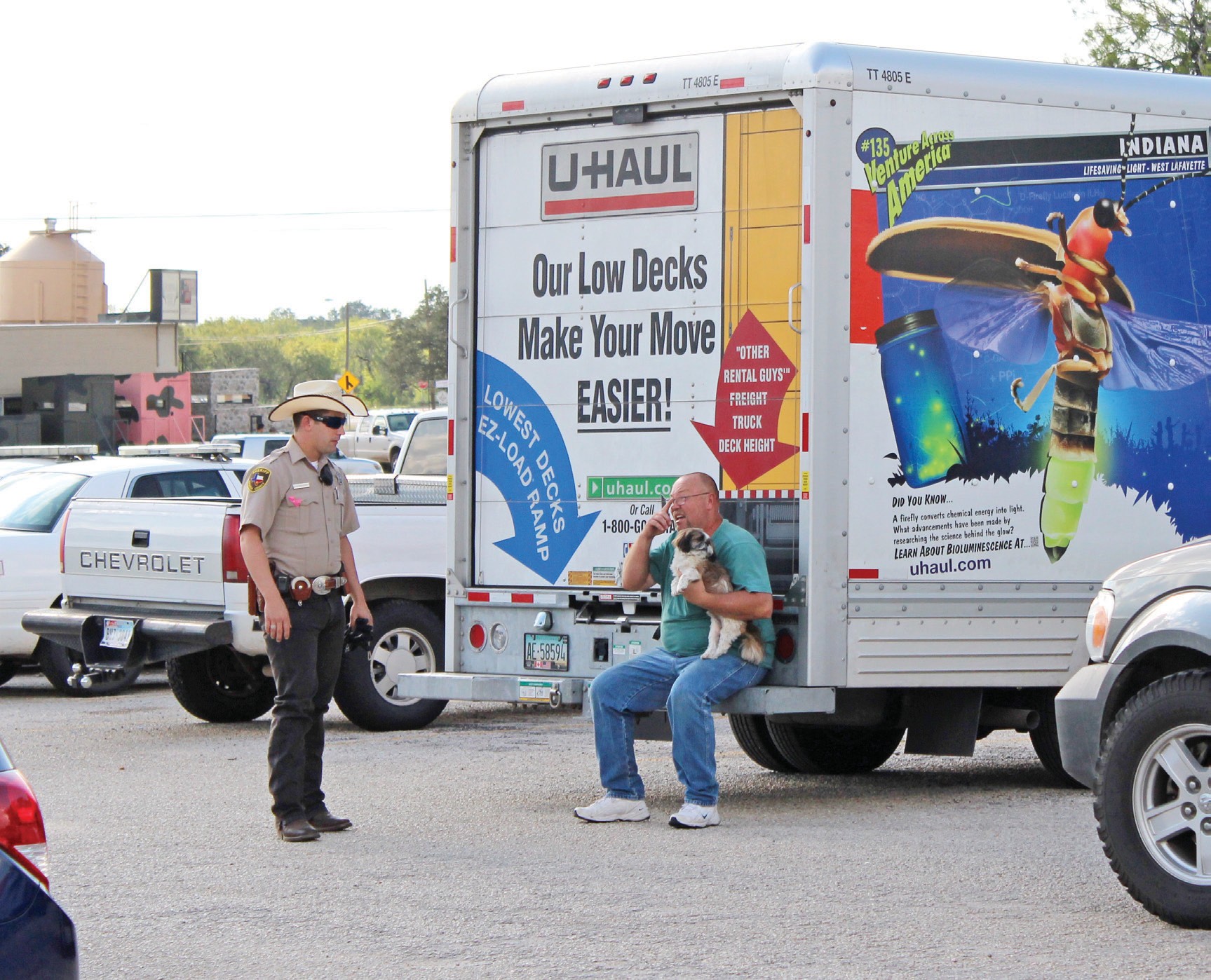 Atascosa County Sheriff’s Deputy Stephen Wilson along with other deputies detained Tammy & Kenneth Micheal Collins. The Collins’ were alleged to have stolen items from several homes and were transporting them in a U-Haul truck.