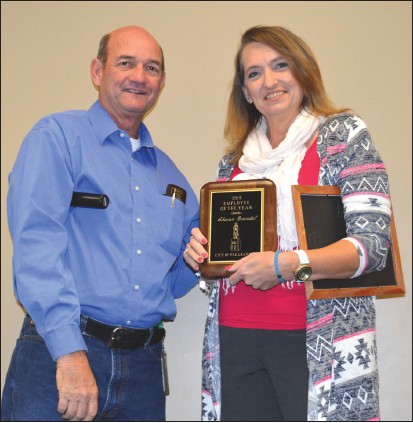 Sharon Buendel was chosen from four finalists as the City Wide Employee of the Year. Sharon has worked in the Public Works department for over 16 years. She received her plaque from City Manager Bruce Pearson.

City of Pleasanton employees were honored at their yearly Christmas dinner held December 4 at the Pleasanton Civic Center. City Manager Bruce Pearson complimented the council and staff in his opening remarks.

“I just want to say to the council on behalf of the empoyees, we couldn’t do what we do without you all,” said Pearson.

Serving five years is Emika Chapa, dispatcher (she was unable to attend); Barbara Martinez has been with the City for 10 years. Roy Garcia was acknowledged for his 15 years of service. Public Works Director Johnny Huizar was honored for his 25 years of employment.

This year, the City awarded certificates to four employees from different departments and from those finalists, a city wide employee of the year was chosen.

“Thank you for everything that you do. You make the city look good. What a great representation that we had up here,” said Mayor Clint Powell.

city wide employee of the year 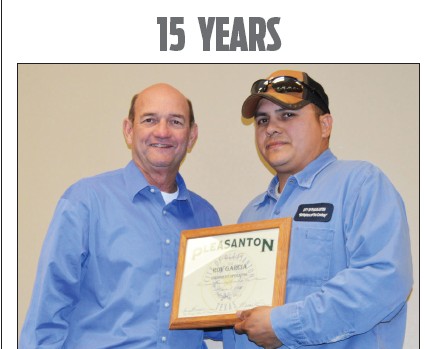 Bruce Pearson presents a certificate to Roy Garcia for his 15 years with the City of Pleasanton. Garcia is an Equipment Operator with the city, 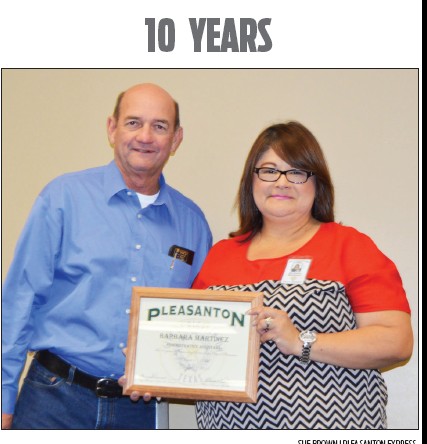 Barbara Martinez received her 10 year certificate from City Manager Bruce Pearson at the annual Christmas luncheon held last Friday.Martinez is an Administrative Assistant for the City of Pleasanton. 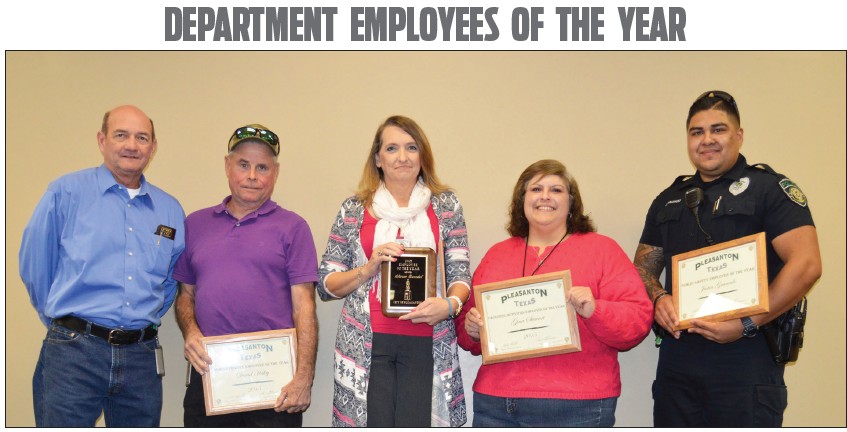 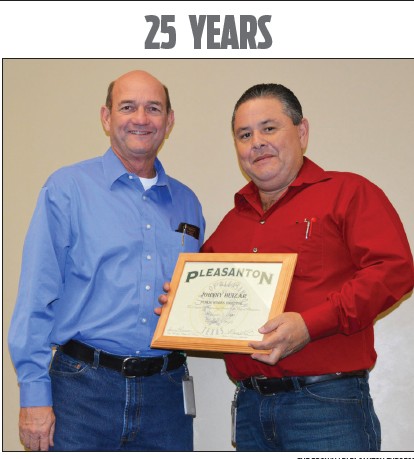 Johnny Huizar receives his certificate for 25 years with the City of Pleasnton from City Manager Bruce Pearson. Huizar is Director of Public Works. 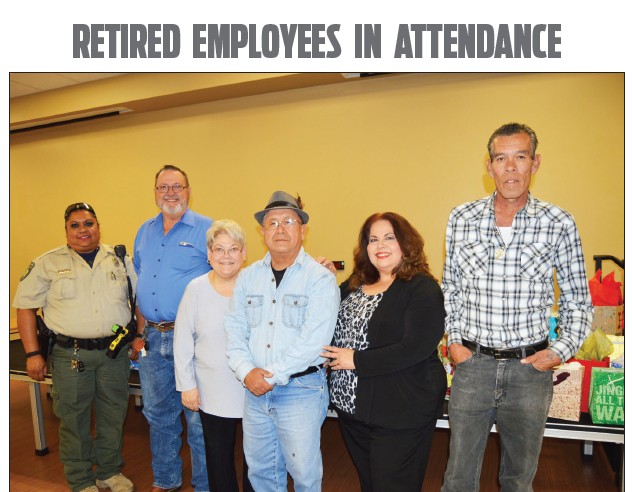