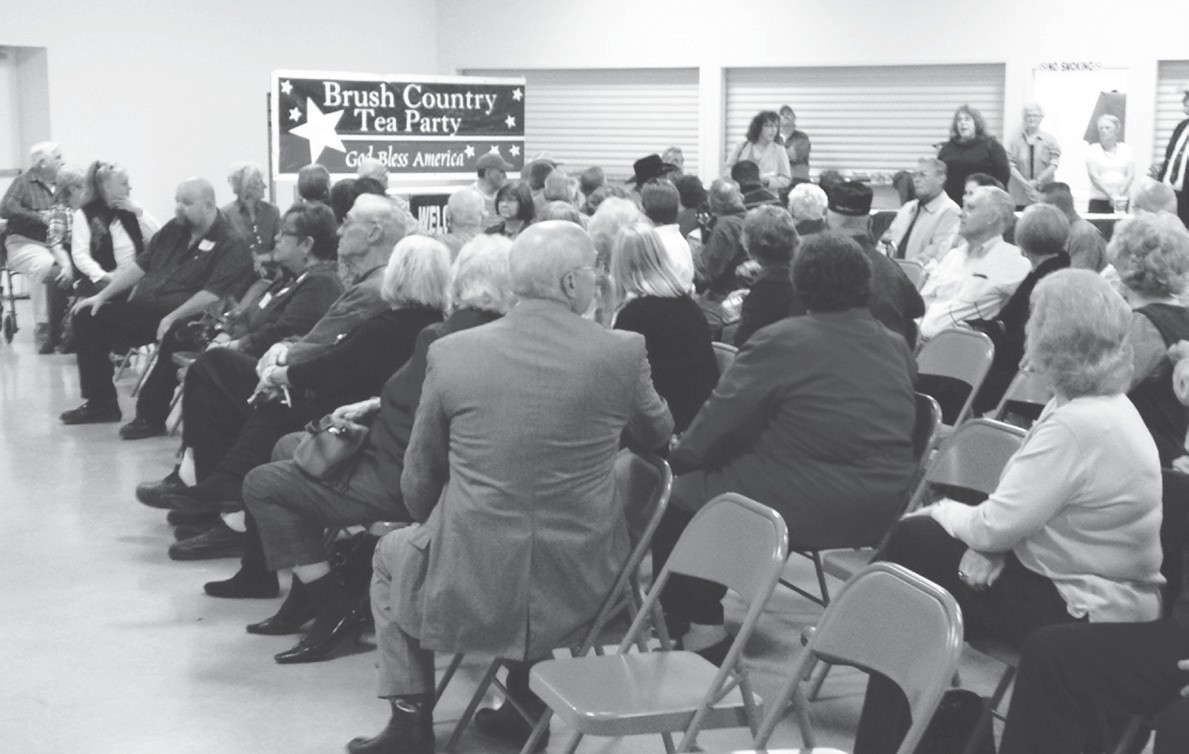 About 150 voters attended and 13 candidates spoke at the Brush Country Tea Party’s Candidates’ Forum on Monday, February 13. Each candidate talked about their background, their knowledge and why they wanted to either run for (or keep their) office.

The non-partisan event lasted about two hours and a mixer was held afterwards with refreshments.