Being a travling man was no way of living for me 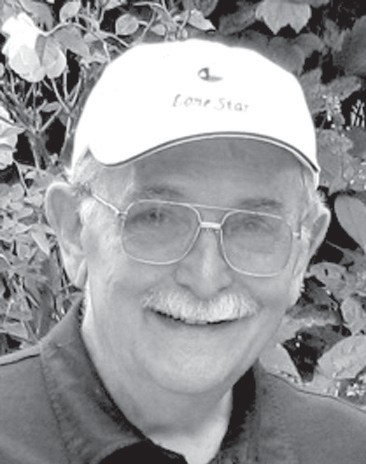 Traveling for a living was never any fun for me.

As a very young man, I spent the better part of two years on a magazine job traveling around Texas writing about towns and the business and industry within that city. While it was educational, this small town boy didn’t like driving all over the state in order to accomplish it.

That’s right, driving, except once. I was assigned to do an issue on El Paso and was told I didn’t have to drive.

Yea! But…I couldn’t fly, I had to go by train. Not bad I thought, dreaming of a room with a bed, meals and such.

Pack a lunch or buy sandwiches to be eaten, of course, sitting in that miserable coach seat…that wouldn’t recline.

And, upon arriving, I had to not only gather the material from which to do the story, including a cover photo, drawing or painting of some kind, but sell the ads and design many of them as well. But, I wasn’t allowed to “woo” the big advertisers with lunch or dinner or anything that cost money. I was expected to “hold” my own meal expense to a minimum, which meant a lot of sandwiches or burgers. No steaks and certainly no relaxing libation of any kind.

Oh, and room accommodations meant some hotel that was desperate enough for business to trade out ad space in the magazine to pay for the cheesy room. In Wichita Falls, the hotel was pretty run down.

A bellman helped me carry my luggage to the room and as we got on the elevator I suppose my long face communicated my misery. He said, “Lonesome, huh?” I told him I was. He smiled then got me situated in my room.

In a few minutes, there was a knock at my door. opened it to find a reasonably attractive but cheap woman in muchtoo tight skirt and an equally close” sweater displaying items that beauty queens and swim suit models would die for. As she leaned against the door jamb, popping her chewing gum, she said, “I understand you’re lonely.”

“Yeah, but not that lonely,” as I quickly closed the door.

The next morning I noticed the bellman wasn’t smiling. Missed a commission, I suspect.

I was required to not only wear a suit and tie during business hours at the home office and on the road, but carry an attaché case, an umbrella and wear a hat. When I left work each day and when I was on the road, the hat and umbrella went into the trunk of the car and I appeared the normal human being I craved to be.

In analyzing why my editor required those items, I concluded that she was living in 1930s and 40s movies where the businessman was attired in just that manner. Really cool Madison Avenue stuff. Hmph.

While hurrying home one Friday night from a business trip, the hood of my 1960 Morris Minor was apparently loose and the wind bent it up over my windshield. A sympathetic older man stopped when he saw my plight, helped me get the hood down to where he could take some hay-baling wire from his car and tie down my greatly damaged hood so I could drive safely.

After two years of such misery, I returned to the relatively safe climes of small towns to edit and publish community newspapers.

I knew I was not cut out to be a traveling man. Well, maybe for pleasure, in an airplane or on a boat but never as a way to make a living.

Willis Webb is a retired community newspaper editor publisher of more than 50 years experience. He can be reached at wwebb1937@att.net.