Be a part of National Night Out Oct. 1 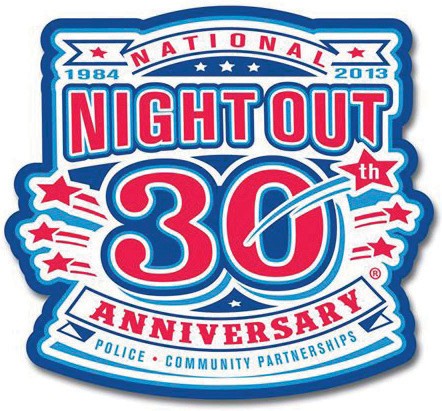 The Pleasanton Police Department urges everyone to join them as they host the 1st annual National Night Out on Tuesday, Oct. 1. This free event will run from 6-8 p.m. at the Atascosa River Park in Pleasanton.

The Pleasanton High School Band and Pacesetters will kick-off the bicycle parade through the park, which starts at 7 p.m. There will be a contest for best decorated bicycle, wagon or stroller. Children ages 2-10 may enter the contest. Prizes will be awarded for first, second and third place. The parade will start by the wooden playground.

There will also be bounce castles and face painting for the children and free hot dogs and drinks, while supplies last. Please note, alcohol will not be allowed.

The committee is being headed by Pleasanton PD Administrative Assistant Shawnene Edmondson. Pleasanton Police Chief Ronald Sanchez said the committee has been working diligently for the last several weeks organizing the event. Chief Sanchez added that the entire event is being funded by private donations.

“A lot of people have stepped up and wanted to be a part of this. There will be no cost to attend,” said Chief Sanchez.

Edmondson explained that National Night Out is a nonprofit organization which began in 1984, to raise awareness on crime prevention programs and law enforcement agencies.

When it began, 2.5 million Americans participated in 400 different communities. Now, 37 million people are involved in National Night Out. It provides the perfect opportunity to bring neighborhoods together, all working towards a safe environment.

“Traditionally, the event involves block parties throughout the city, where patrolmen go out and speak to the public about safety. We are not quite ready for that path, so we are going to have an introduction to National Night Out by having it at the River Park,” said Edmondson.

She added, “We have gone out and talked to the public and the response has been awesome. The businesses have been wonderful and the citizens are all for it.”