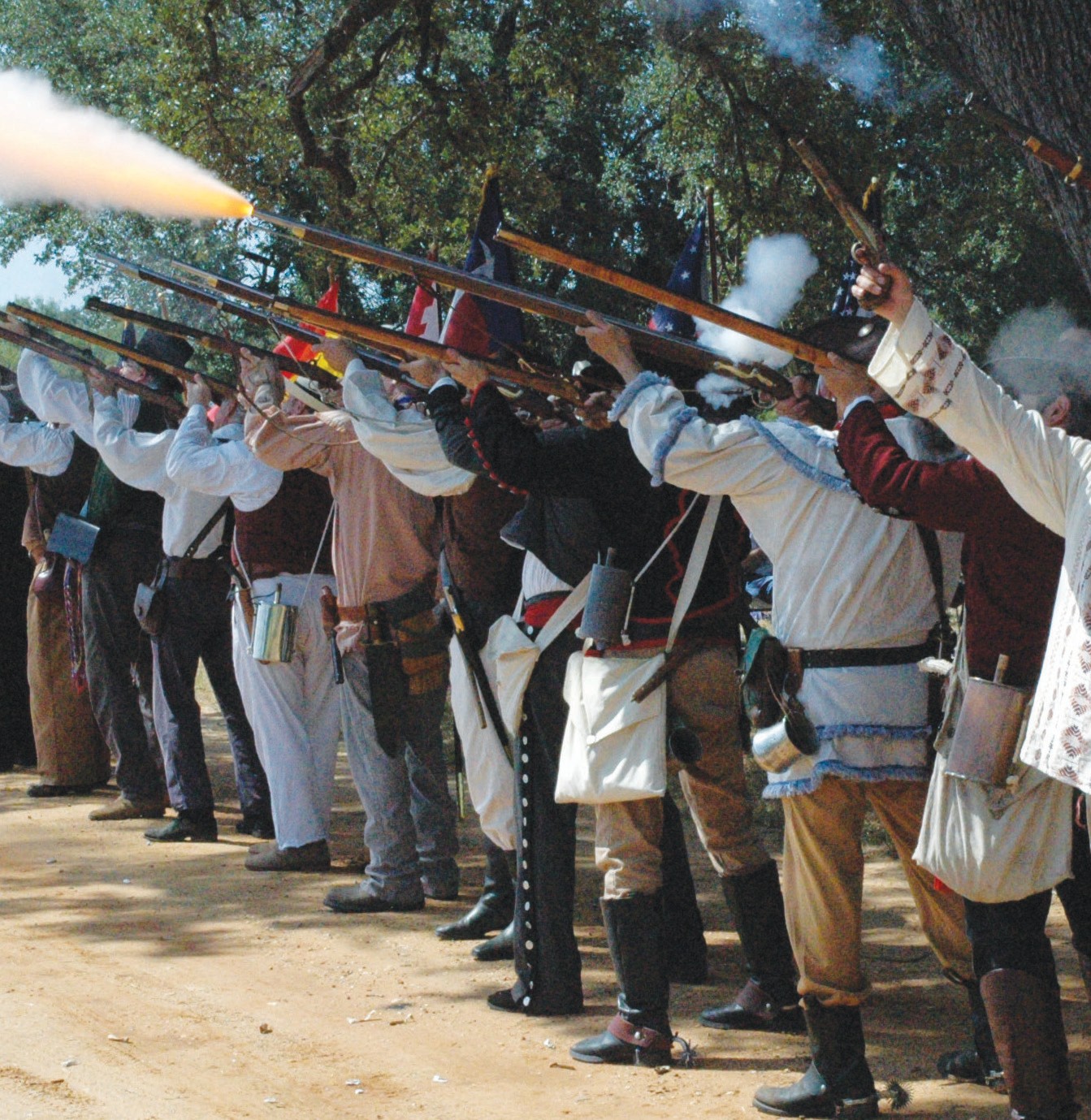 A musket salute by the Color Guard at the 201st anniversary of the Battle of Medina was fired after the ceremony, which included members of the DAR, SAR, DRT, SRT, the Tejanos representing the Texians who lost their lives on the bloodiest battle in Texas. The ceremony took place in Northern Atascosa County on Applewhite Road and was sponsored in part by the Atascosa County Historical Commission.