Atascosa unemployment increases to 7.0% in June 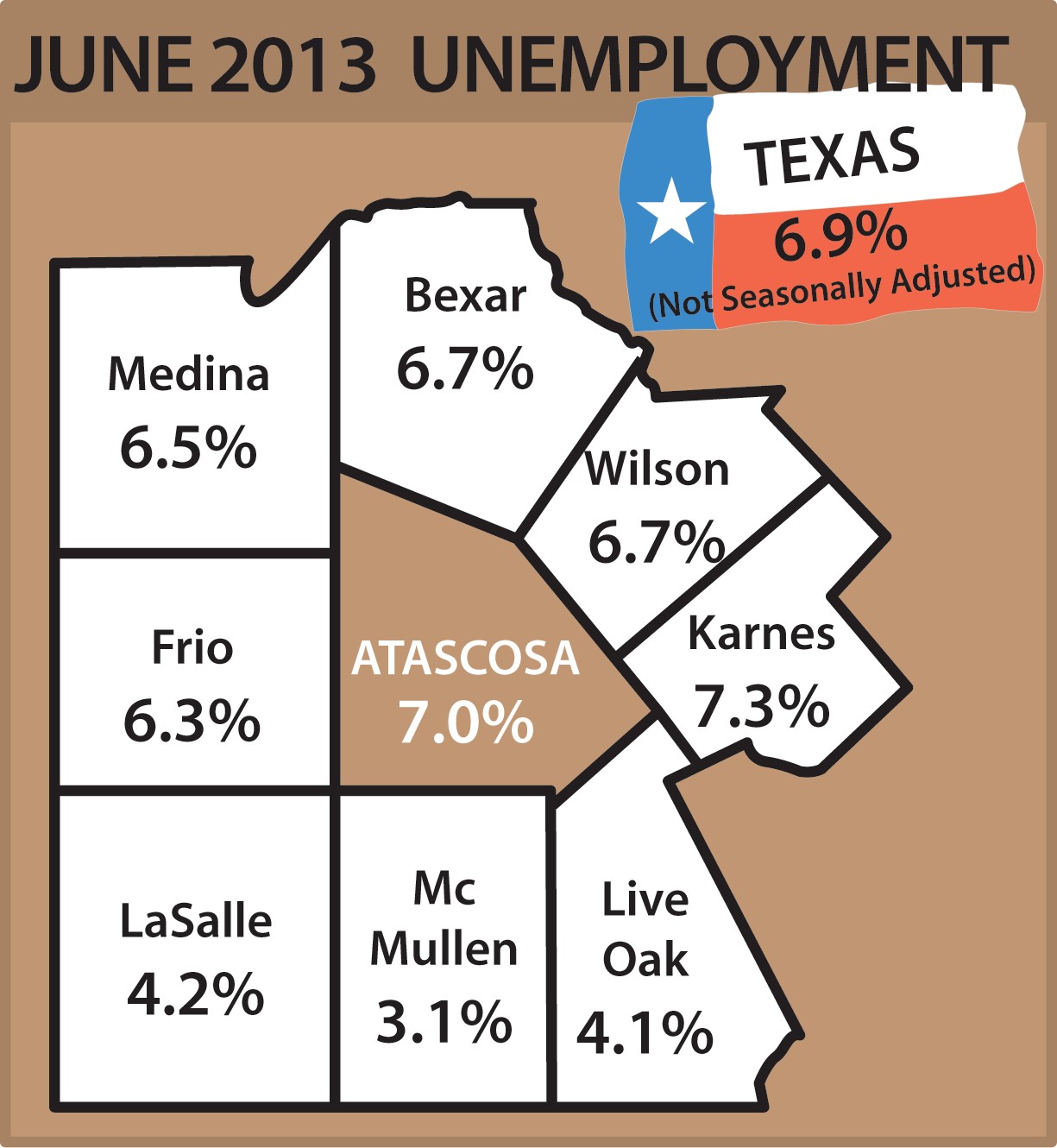 Workforce Solutions Alamo released information indicating that the Atascosa County unemployment rate increased to 7.0 percent in June, up from 6.3 percent reported in May.

Comparatively, the state and nation release seasonally adjusted unemployment rates with Texas holding steady at 6.5 percent in June, and the nation’s unemployment rate holding at 7.6 percent, the same rates reported for May.

Over the month, seven of the 11 major industries in Texas saw positive growth. Leading the way was Leisure and Hospitality, which posted over-the-month growth for the fifth time in six months and added 4,600 jobs. That industry has added 55,600 jobs over the last year for a 5.1 percent annual growth rate.

“Our economy continues to offer numerous opportunities to job seekers,” said TWC Commissioner Representing Labor Ronny Congleton. “We encourage those looking for work in Texas to visit a local Workforce Solutions office for help finding the right job for them.”

Professional and Business Services employment expanded for a fifth consecutive month with the addition of 3,100 jobs in June. The industry has had an annual growth rate at or above 4.0 percent for five straight months. Additionally, Financial Activities, Information, Manufacturing, and Trade, Transportation, and Utilities all saw positive job growth in June.

The Midland Metropolitan Statistical Area (MSA) had the lowest June unemployment rate in the state at 3.7 percent. The Odessa MSA came in second at 4.5 percent and the Amarillo MSA third at 5.3 percent (not seasonally adjusted).