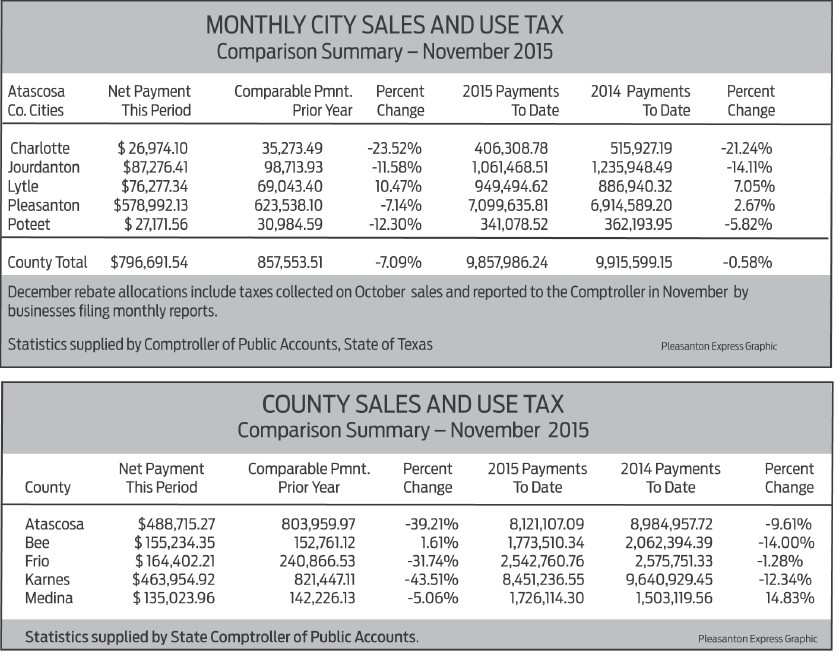 Texas Comptroller Glenn Hegar announced that he will send cities, counties, transit systems and special purpose taxing districts $626.3 million in local sales tax allocations for December, three percent less than in December 2014. These allocations are based on sales made in October by businesses that report tax monthly.

Hegar said the state recently had a stretch of 63 consecutive months where it generated more sales tax revenue than in the same month the previous year. While economic growth has slowed due to a drop in oil prices, Hegar said, “Remittances from other sectors, including construction, restaurants and retail trade, continued to grow.