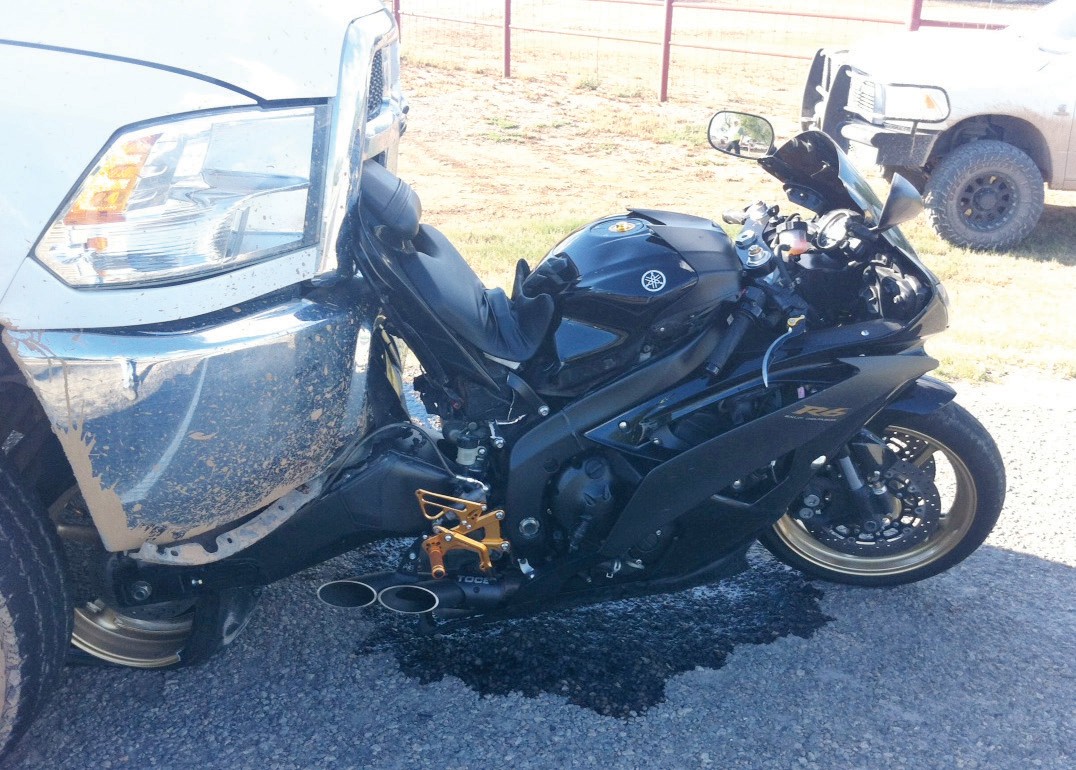 A truck swallowed the rear wheel of Jerrod Roberts’ Yamaha R6 when it rear ended him Tuesday afternoon near the old town of Dobrowolski, Texas.

Jerrod Roberts, Charlotte’s Assistant Fire Chief, was rear ended by a truck while riding on a motorcycle Tuesday afternoon at 5:00 pm. He was driving north through the old town site of Dobrowolski (six miles southwest of Jourdanton) on Highway 97, riding his Yamaha YZF-R6. According to Robert Romo, Charlotte Fire Chief, a white vehicle that appeared to be a company truck ran up on him.

The impact of the wreck wedged the rear wheel of his bike under the chassis of the truck. The accident broke Roberts’ collar bone, elbow, left ankle and some of his ribs. The truck knocked Roberts’ off his bike and he scraped against the asphalt ahead of him; the abrasion tearing the skin off in his right tricep.

Airlife took him to University Hospital in San Antonio. According to Robert Romo as of 10:20 p.m., Mr. Roberts was conscious and in stable condition.