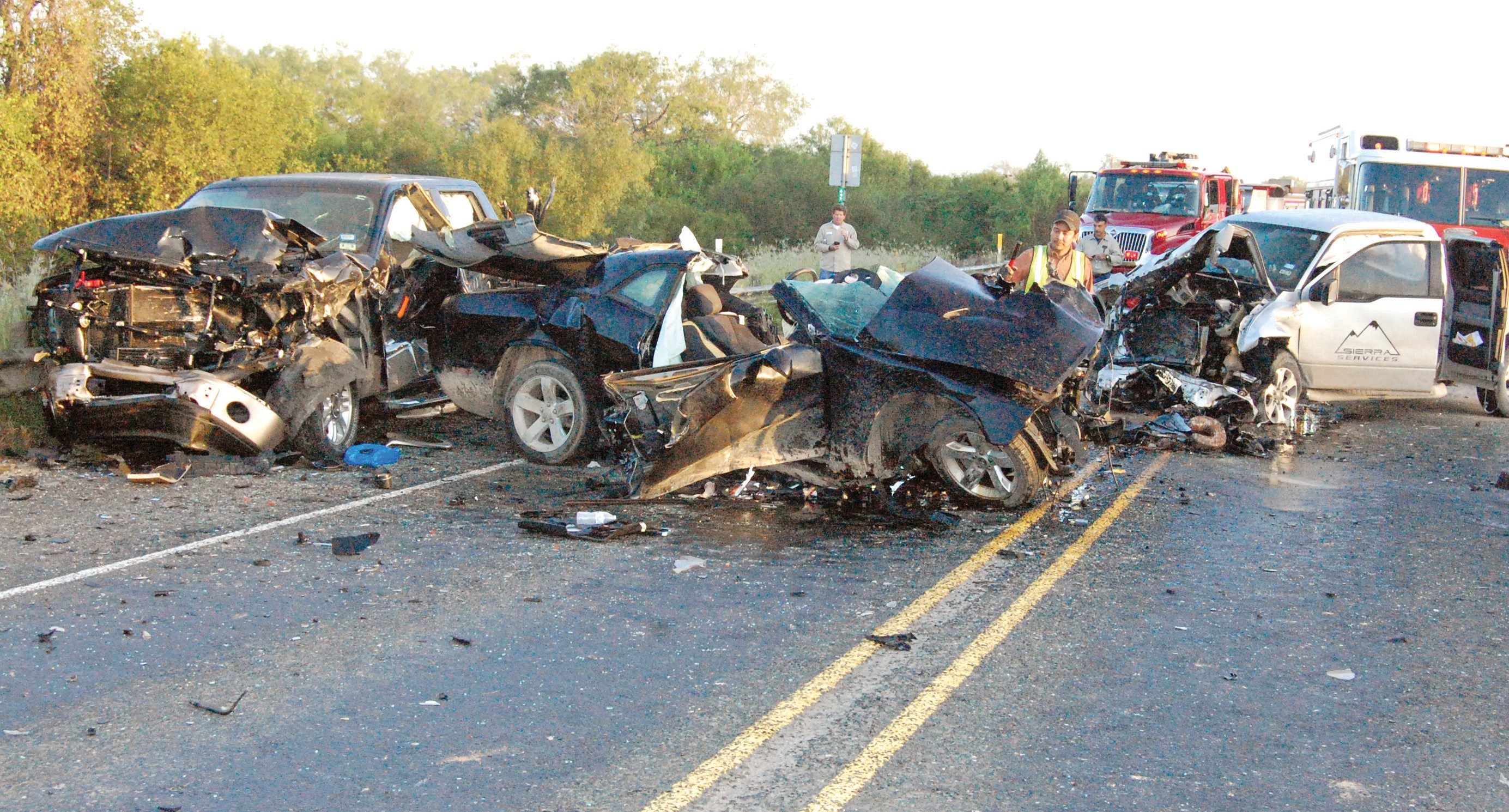 On Sunday, October 5, State Hwy. 16, about four miles south of Jourdanton, was closed down for several hours after a three vehicle crash claimed two lives and sent three more to the hospital.

Three young men lost their lives over the weekend due to two different wrecks.

Joseph Anthony (Joe) Montgomery, 30, died at the scene of a crash at the intersection of State Hwy. 97 E. and Houston Street around 6:30 p.m. on Saturday, October 4.

Montgomery, a native of the area, was travelling east on Hwy. 97 on a 2006 Suzuki motorcycle.

A 2009 Chevrolet Cobalt was at the stop sign heading west on Houston and failed to yield right of way and collided with Montgomery.

The driver, Joshua Andrew Aguero, 19, and his passenger Kimberly Arguijo Carretero, 21, both from Pleasanton, were transported to South Texas Regional Medical Center by Pleasanton EMS.

Juan Gomez, 22, of Christine and Joel Gonzalez, 24, also of Christine, both lost their lives after a head on collision on Sunday, October 5 on Hwy. 16, about four miles south of Jourdanton. The crash happened around 5:30 a.m.

Gomez, the driver of a 2011 Dodge Challenger and his passengers Gonzalez and Jonathan Reyes, 20, were travelling southbound on State Hwy. 16.

According to Texas Department of Public Safety, the Dodge, travelling at a high rate of speed started to pass a vehicle in a no passing zone over a bridge near marker 642. The Dodge collided head-on with Dustin Smith, 26, of Devine. Smith was driving a 2013 Ford F150, heading north bound.

The Dodge then spun around and struck a 2012 Ford F150 on the driver’s door. The driver of the truck was Oscar Peña, 55, of Pleasanton.

All three were airlifted to University Hospital with unknown injuries.

Traffic was at a standstill for over five hours. Hwy. 16 reopened around 11 a.m.

The wreck is under the investigation of Trooper Sharee Rugh.

The obituaries for the three young men may be found on page 15C. 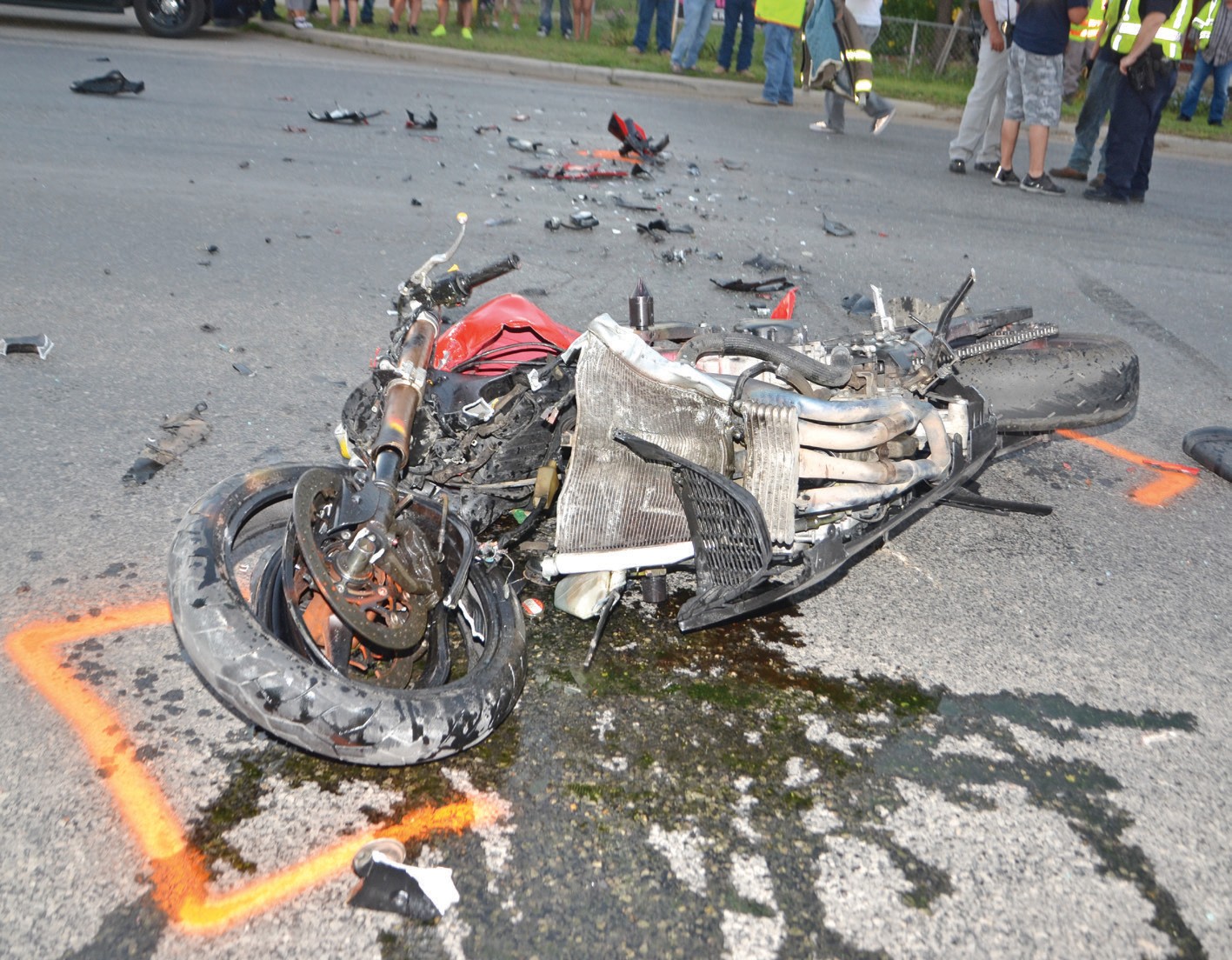 A motorcyclist lost his life on Saturday, October 4 when the driver of a 2009 Chevrolet Cobalt failed to yield right of way at the intersection of Houston Street and Hwy. 97 E.