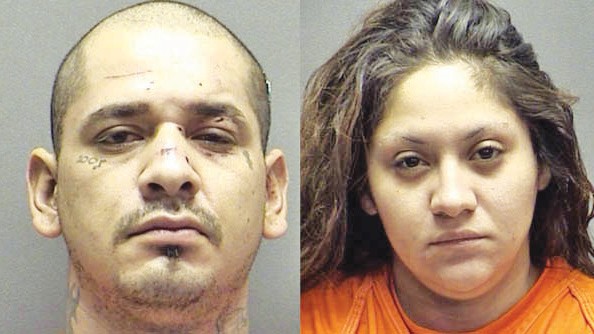 A San Antonio Police Department officer was shot in the head and a Poth Police Officer’s car was sprayed with bullets while in pursuit of robbery suspects on the morning of Sunday, December 8.

The pair drove away from the scene of the robbery in a dark grey car. Officer Robert Deckard, who was covering for another officer on South Patrol, spotted the vehicle on Military Drive and Roosevelt Drive around 2 a.m. Deckard and three other SAPD officers attempted to pull them over, but Ramos and Puente continued on, heading south towards Interstate 37, reaching speeds of over 100 miles an hour.

Sheriff Soward said that Atascosa County Sheriff’s Office (ASCO) was notified that the suspects were approaching the county line. A DPS trooper deployed road spikes near the Campbellton area ahead of the suspects. Puente and Ramos would never make it that far down IH 37.

When the chase passed Mathis Road on IH 37 going into Atascosa County, Puente opened fire on Deckard’s car with what the Texas Rangers believe to be a 9mm semiautomatic pistol. A bullet struck Deckard in the head, causing him to lose control and crash into a thick, wooded median.

Sheriff Soward said that “Atascosa County dispatchers Candace Jones and Sheryl Hille put out a broadcast description of the suspect’s vehicle,” notifying nearby police jurisdictions of the suspects flight. The suspects continued on IH 37, then possibly took Highway 97 east to arrive at Highway 181.

According to Poth Police Chief Lowell Hull, Poth Police Officer Robert Sanchez began looking for the suspects as soon as the call went out. Sanchez stopped the suspects at the intersection of SH 181 and FM 224 around 3 a.m. Puente and Ramos jumped out of their car and opened fire on Robert Sanchez as they attempted to flee, hitting his car at least nine times. Officer Sanchez returned fire, but the suspects were not hit and fled into the early morning darkness.

An SAPD helicopter spotted them in their hiding place: a ravine 200 yards west of Highway 181, north of Poth around 7:45 a.m. SAPD K-9 units and the Texas Rangers apprehended both suspects. Puente and Ramos were then taken to the Wilson County Jail, charged with Aggravated Assault on a Peace Officer in connection to the fire fight involving Poth Police Officer Sanchez. Bond was set at $250,000 each.

Sheriff Soward said ACSO investigators are preparing to file charges against both suspects in Atascosa County, in connection with Deckard’s shooting.

In regards to SAPD Officer Deckard, who is still at SAMMC, McManus said “It’s tough to see people in pain and it’s tough to see one of your own guys go down. It doesn’t matter young or old or how long or short they’ve been with the police department.”

Around 10:30 a.m. Tuesday, the SAPD posted an update on Deckard’s condition: “Although there has been little change, things are going as well as can be expected. Doctors succeeded in stabilizing Officer Deckard a bit further last night. They are waiting for some swelling to subside and are not expecting much of a change over the next few days.” 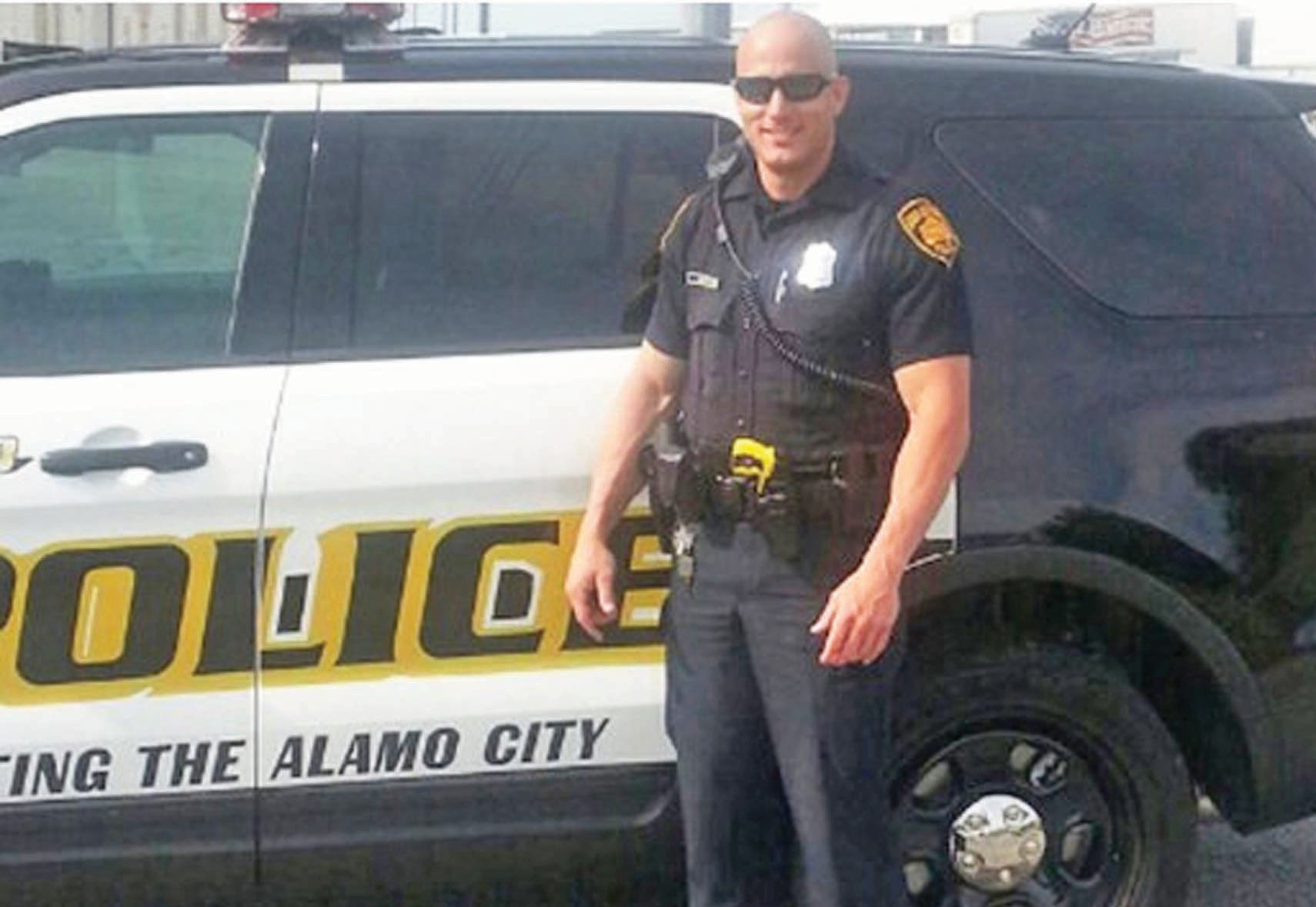 While chasing two suspects into Atascosa County after an alleged robbery, San Antonio Police Department Officer Robert Deckard was shot in the head by one of the suspects. Deckard remains in guarded condition at San Antonio Military Medical Center.