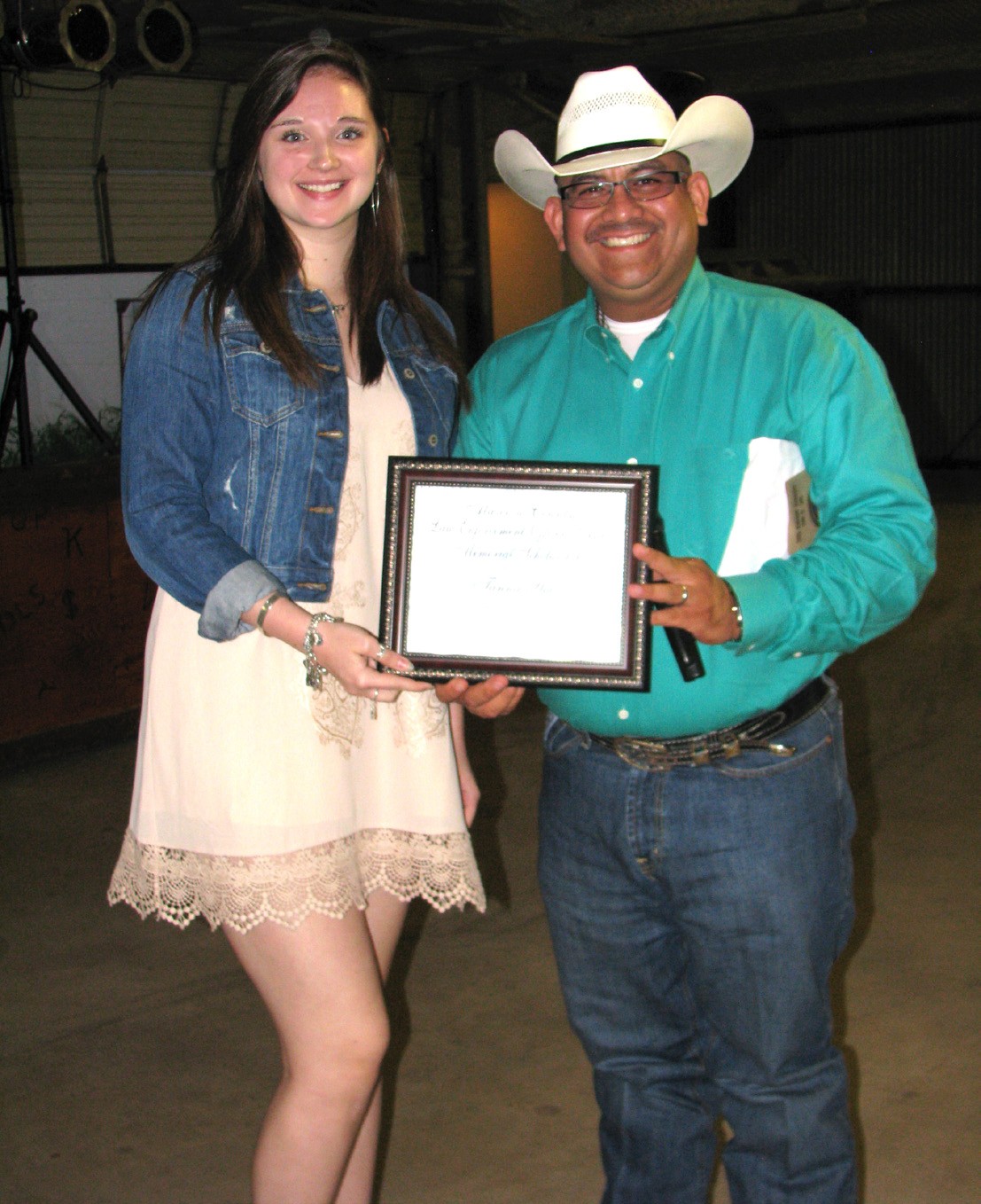 Tanna Yow receives a $1,000 scholarship from ACLEOA President Albert Garza. She is a Pleasanton graduate and the daughter of Clynton Yow and Jennifer Garcia.