A typo started a sweet tradition 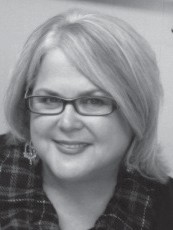 I received an email that I subscribe to from Sears. You know, letting you know of the great deals you can get and it promotes our local store owned by Mark Tullos, too.

This one had a cute graphic and the headline of “60 years ago Sears brought you a favorite holiday tradition! (Kind of by accident…)”.

Many may realize that North American Aerospace Defense Command

What you may not know is that it was all because of a simple mistake. Back in 1955, Sears ran an ad urging children to call Santa Claus. The mistake was the number was wrong. happened to be the number to the Continental Air Defense Command – NORAD now.

The colonel that happened to answer that first call from a child was quick on his feet and played along with it explaining that he was Santa’s special helper. Soon a tradition was born and NORAD “tracks” Santa’s sleigh throughout the night on December 24.

Kiddos can view the jolly elf on his sleigh by visiting www.noradsanta.org on Christmas Eve.

The way I see it, don’t you just love it when something great comes out of a mistake?

I had no idea that this started 60 years ago, and by Sears.

This is another activity kids can do with their parents as they anticipate Santa’s arrival.

If you wish to see the Sears advertisement on this story, visit: milled.com/Sears/0P_ 4bZEiAyHU7Bet.