A tale of two tails

The appointment was made. The day had finally come. It was time. Time for The Hubs to cut his now flowy hair.

It had been over a year and a half that my husband, Joseph, had been growing his hair for Locks of Love. We dealt with caps not fitting his head anymore, not being able to find rubber bands. Him stealing mine. Me stealing his and he even had to use bandanas to help hold the hair back.

All in all it wasn’t that bad. Although I like to pick on him about it. Calling him “Madonna” ‘cause he would take so long to get dressed since he had to deal with his hair. Welcome to my world. At least his locks were fairly tamed and beautifully healthy. Mine not so much.

My cousin Dede is a stylist so I knew she would be the one to rid him of this overgrown hair fountain. I was ready to see it go. I hadn’t seen my husband’s face in so long. I missed it.

The boys (our sons) were ready as well, but our daughter not so much. She almost cried. She wanted him to keep growing it. She was out of luck. LOL

In the salon chair now, Dede made two low ponytails on The Hub’s head and began to make the scissors chew through the thick tresses. Moments later it was gone. It now lay on the counter in rubberbands.

She then continued to snip away into an actual haircut. That hair will bring a smile to a child’s face.

He was happy with his new ‘do and I was proud of his determination and sweet heart. 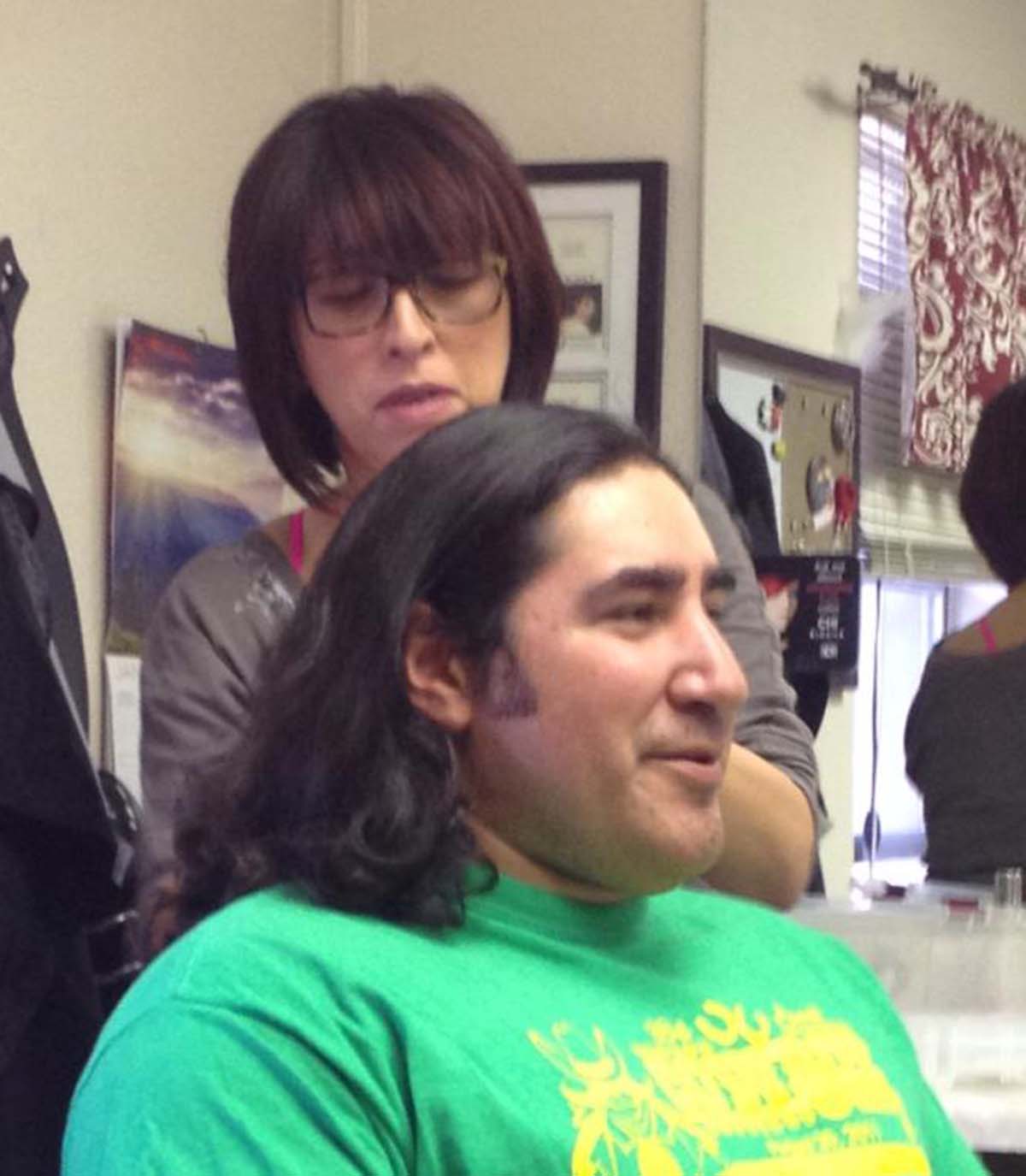 Dede preparing for the cut. 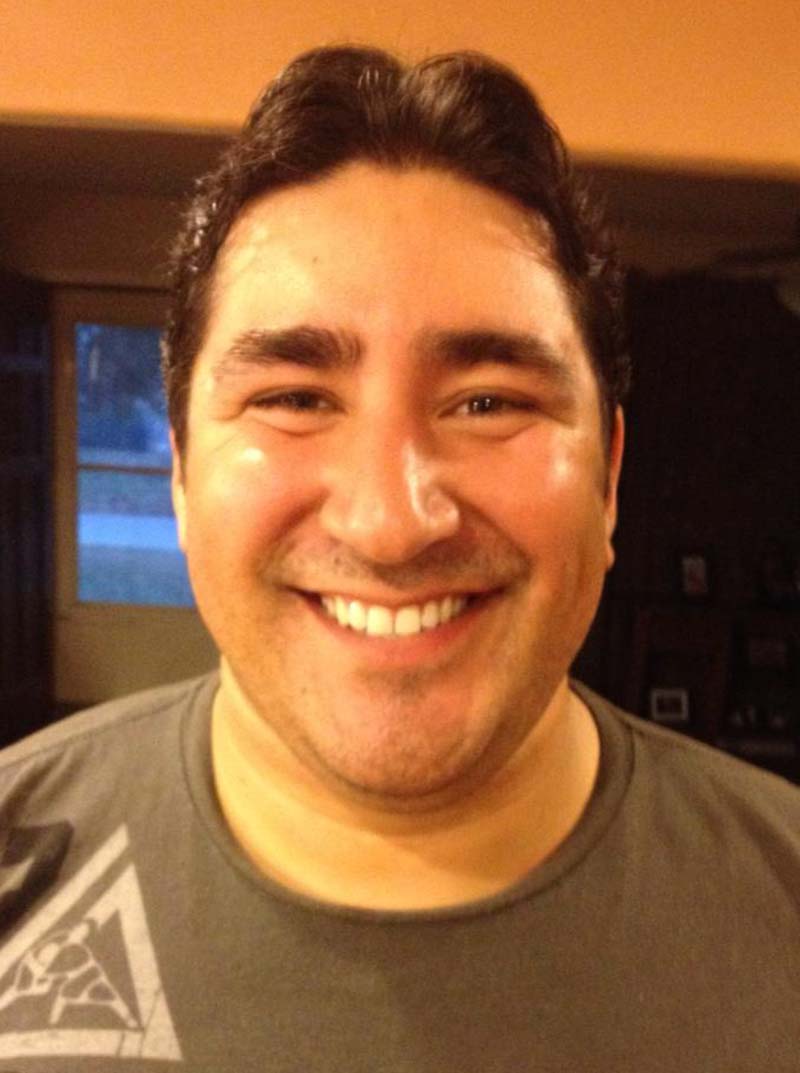 Finished look. I CAN SEE HIS FACE AGAIN!! 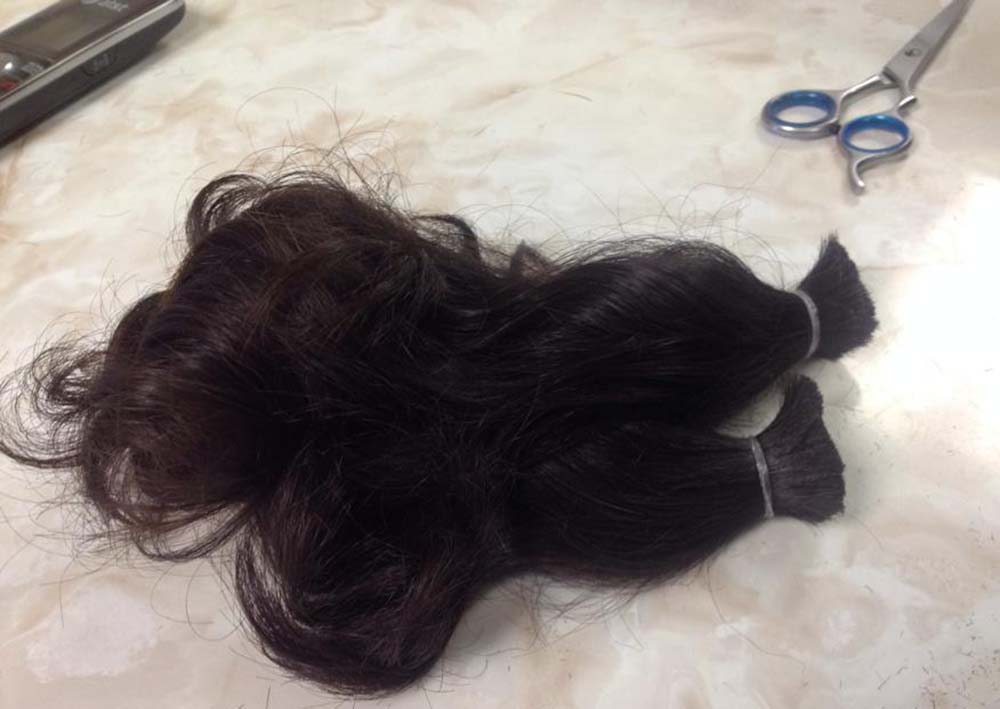 Two full ponytails ready to be sent to Lock of Love.