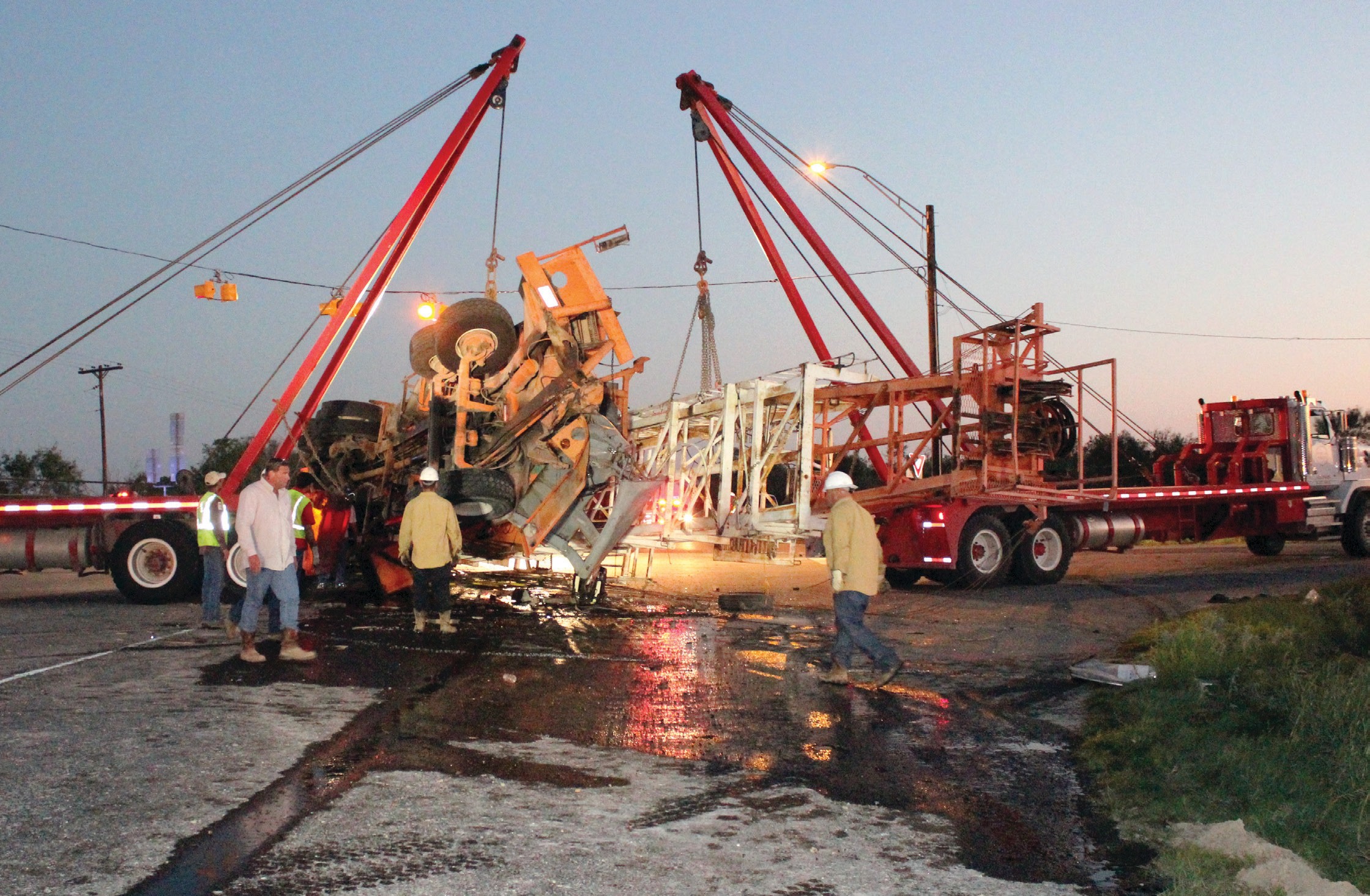 A fatal accident near Christine claimed the life of a driver of an 18 wheeler carrying a big rig at SH 16 and FM140 last Wednesday, October 3. Domingo Mendoza, 60, of Alice died from his injuries. Injured in the wreck was Jerry White, 21, who was driving a truck hauling a backhoe. Texas Department of Public Safety troopers are investigating the accident and Atascosa County Sheriff’s deputies assisted at the scene.