A horse is a horse, of course 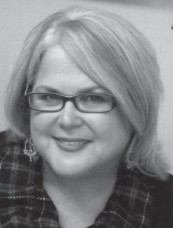 I was taken aback when I received a phone call on Tuesday.

A man was speaking Spanish to me in a collegiate – perhaps high school – manner. Call it over enunciating or melodramatic – I was unsure if this was a prank call or not.

I first thought it could be my son-in-law Taylor. We are both using the Duolingo app and are working through Spanish lessons. But it didn’t sound like him at all.

Then the introduction came … “yo soy Baxter Black” … or something like that. It’s not everyday that you receive a call from a nationally syndicated figure.

You see, I had emailed Black’s office after I had read his column for this week.

In it, he had said that Prieto (a name of his friend’s horse) meant “BAD NEWS in Mexican.”

I don’t pretend to have command of the Spanish language, but I pretty much knew that “prieto” didn’t mean “bad news”. And I know there is no language called “Mexican”. So I mentioned that. I thought our readers may take offense.

We both debated the terms and he admitted that while prieto means dark, he used it as a term to describe the horse’s temperament when he pitched his friend Tommy doing a cartwheel off of the horse.

When I said that was okay, but what about saying that it was in “Mexican”.

He offered that the Spanish language is very different in the regions of Mexico and he used the term as chiste (in a joking manner). He grew up in Las Cruces, New Mexico and said he spoke only Spanish to his son his first few years.

He convinced me to not edit his column and he wondered if others really would take offense. I joked back and said that I could write my column about his column. He loved that idea so, here ‘tis .

The way I see it, I still think that using the term “in Mexican” is wrong. Though Germans speak German, French speak French – Americans don’t speak American and Hispanics don’t speak Mexican.

But please, if you want to contact him, do so at www.baxterblack.com. Tell him Sue from Texas sent you.