A heart for others gone 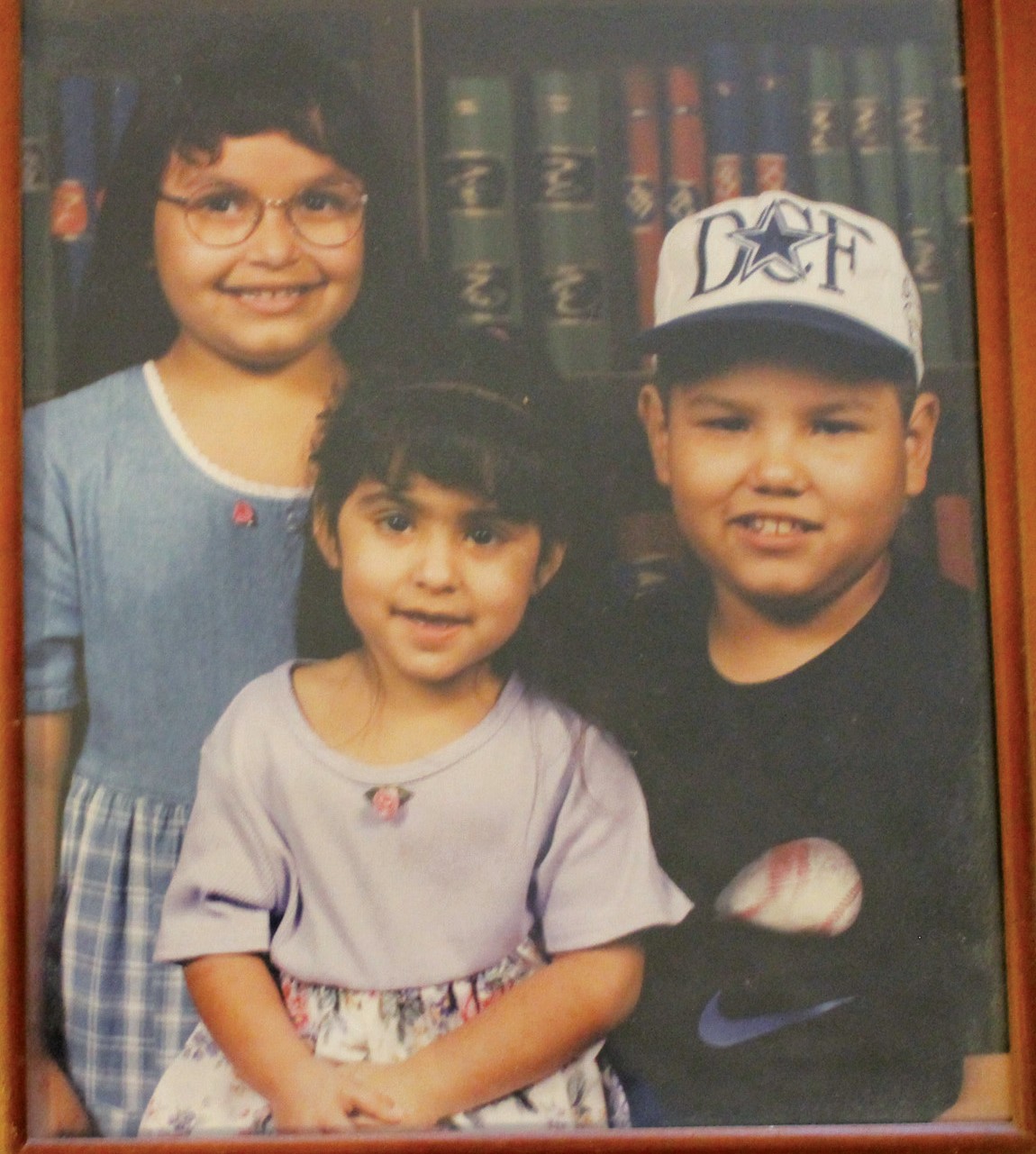 A beautiful life was tragically cut short early Sunday morning after a double stabbing at a house on Avenue H in Poteet. A night of fun with friends watching the UFC fight ended with Ariel Fernandez, 24, dead and her brother, Richard Luebano, 28, injured. Richard said,”Ariel lived and died putting others first. She did that for me trying to be a peacemaker and she lost her life.”

The family united in grief and anguish over losing the bright light of their family. They remained thoughtful and composed as they shared fond memories of Ariel. Smiling and laughing through tears, they recalled how Ariel consistently put herself last and others first. Cynthia Luebano, Ariel’s mother, said that her daughter would say, “Mom, everyone comes to me for advice. I do not know what to say. I don’t have the answers.” Cynthia said, “I would tell her just go with your heart. They come to you for a reason. They are drawn to you. They come to you for your heart. Just listen.”

Even when she was going through something trying herself, she would put her needs aside to be present for someone hurting said her mom. This her mom said “was an every day thing for her”. “Sometimes,” she added,”a nightly thing.” Her mom said many times Ariel would be in her pajamas in bed and then she would hear Ariel’s keys jingle .”Where are you going, Ariel?,” Cynthia would ask. She would say, “They need me.” Cynthia said, “I would always say, “I love you. Be careful.” She said that Ariel’s reply never changed. She would say, “Always.”

Ariel’s family all played sports at Poteet High School including mom Cynthia who played “every sport except football”. Ariel who attended Poteet schools from Headstart through graduation in 2010 loved playing volleyball more than anything. According to her family, she would play around the clock if she would have been able to do so. According to her mom, Ariel would arrive home after school and volleyball practice only to change and go play in a volleyball tournament at Sonic with friends.

“December 8 was Ariel’s birthday. We just celebrated her birthday. She turned 24,” Fernandez’s aunt Joanne Gonzales said. Gonzales shares a special connection with Ariel not just because she is her aunt but also because they share the same birthdate. “She was full of life, always happy, loving and was the life of every party or wherever she was,” Gonzales said. Gonzales had her last conversation with Ariel on their birthday just last week. Gonzales said that she and her niece sat outside the family home on Avenue I in Poteet and talked about how short life is. She said she told her niece how important it is that the family always stay close and on good terms. Gonzales said she told her, “I could be gone today in an hour. You never know. We need to always say we love each other. And, we did right then and there crying and hugging each other.”

That night, Ariel went with her mother, father, Juan Fernandez and niece, Zaila to Texas Roadhouse for a birthday celebration. At Texas Roadhouse, the restaurant has a unique birthday celebration tradition that they say “involves a saddle, a napkin’ and a whole lot of hootin’-n’- hollerin’.” Cynthia had secretly told her niece to take a photo of Ariel as they had requested the special saddle be presented at the table to the birthday girl. Ariel was excited and as she rode high in the saddle swinging her arm with the white napkin waving it wild like a champion cowgirl. She hollered out to her niece, “Are you recording this?” And, even though Cynthia had just requested a photo, the tech-savvy niece was indeed recording the celebration. It was the last video to be made of Ariel’s life and one the family said they will cherish forever.

Ariel loved fashion, fun, friends and above all helping and being there for others. She was vibrant and cared deeply for the community of Poteet. The outpouring of love and support shown by the community since her death has touched the family. The family has experienced two devastating deaths since 2014, Ariel’s grandfather, Pedro Luebano, Poteet and her uncle, Pete Jr. Luebano, two extremely important and much loved patriarchs of the family. The sudden and unexpected death of Ariel has left the family without funds to pay for a proper funeral. To help raise money a GoFundMe account has been set up by friends Go Fund Me page www.gofundme.com/p9erzdnw. Community friends are also organizing a Candlelight Vigil to be held in Atascosa River Park, Pleasanton, Wednesday, December 16, at 7:00 p.m. The cost is $5 per person. To honor Ariel’s love of the sport, a volleyball tournament benefit will be held in her honor. For more information on the volleyball tournament and how to help organize or be part of a team, please call Brianna Saroz, (830)480- 7898. 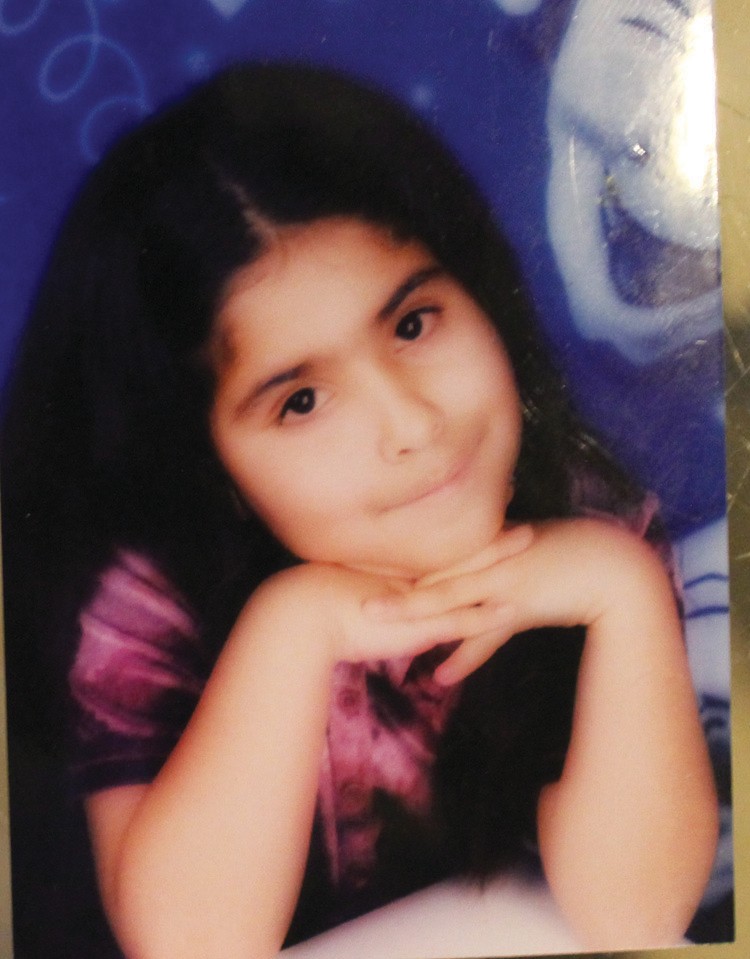 The community will remember Ariel Fernandez at a Vigil on Wednesday.